Supposed to be teaching, “I feel like I’m babysitting!”

Supposed to be teaching, “I feel like I’m babysitting!” March 17, 2014 Elizabeth Scalia 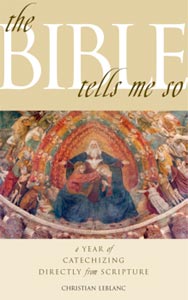 The email was a cry from the heart from someone who really wanted to do the right thing:

I was asked to teach CCD to third graders making their First Reconciliation and First Communion. I am not a teacher. . .but having coached CYO (10-12-year-olds), and also having children (now adults), I agreed.

I have been trying since September to “get into it.” I prepare each week, sometimes for over a few hours. There are eleven kids in the class. They mostly show up, [but] if there is a soccer game or ice hockey game, those things [take precedence.]

The parents are polite, but after seven months, I am feeling like a babysitter. The kids are much less knowledgeable and frankly much less interested that I would have thought by age eight. They are fully affected by the society we live in, and the society that I live in is fairly affluent. Instead of feeling fulfilled, I feel resentful. Three weeks after Christmas, most of them did not even know what the Nativity was.

I really felt for the letter-writer, and remembered a time when I was teaching 2nd Grade (Communion and Reconciliation) CCD to a class of 22. By the time the kids settled down and I took attendance, the class was about 45 minutes long. When one mother angrily asked me one Saturday “why don’t my daughter know the “Our Father?” All I could respond was, “I don’t know; are you praying it with her every night? There isn’t a lot I can do in a 45 minute class of kids, once a week.”

One (among many) of the reasons why our religious education programs are ineffectual is simply this: Parents believe they can drop the kids off, and their duty in that department is done.

Grousing about that is easy, and satisfying, but also rather pointless. I showed the letter to bloggers here at the channel, and asked them to respond** but, in recognizing how all-too-typical this correspondent’s problem is, I also asked Christian LaBlanc — an astoundingly original catechist and the author of the must-have The Bible Tells Me So: A Year of Catechizing Directly from Scripture — if he could answer my emailer in an “open letter” that we might publish.

He did a marvelous job, as you can read here, in “Between Sports and the Party: When Teaching the Faith Feels Like Babysitting”.

So let’s see: the parents stink, the kids stink, the curriculum stinks, and your first year of being a catechist stinks. This reminds me of my first year, but also what Marshal Foch said at the Battle of the Marne: “Pressé fortement sur ma droite, mon centre cède, impossible de me mouvoir, situation excellente, j’attaque.” [“Pressed hard on my right; my center yields; impossible to maneuver. Situation excellent, I shall attack.”]

So everything is bad, except for you and the Holy Spirit. That’s actually liberating, because you can just forget worrying about the stuff you can’t control, such as your indolent class of kiddies marinating in a decadent culture the other 167 hours of the week. What can you and the Spirit accomplish in a mere hour a week? Plenty!
[…]
Tell a couple of stories from your own life about asking for forgiveness, and granting forgiveness. Get the shame, and pride, and fear and relief into it. You know: you aren’t lukewarm! Then ask the kids about when they have hurt their parents’ feelings. Maybe like me, a child broke something valuable that he couldn’t replace. Do you want to apologize? Why not? Does your mom want you to apologize? Why? Does she already know you’ve been bad? Will she forgive you? What keeps you from saying you’re sorry? Do you fake an apology? Is your mom fooled? Will she accept something less than true repentance? Is it okay to call her on the phone, or text her that you’re sorry? Why not? Why does it have to be face-to-face? Why does she even care if you apologize? Does love have anything to with it? Once you say you’re sorry and you really mean it what does your mom say? What does she do? How do you both feel then?

Read the whole thing. Consider sending it around, to parents and teachers you know. And your parish DRE, if you have one. And your pastor. Consider picking up Christian’s book to get ideas about how to discuss the faith with your kids on your own — during drive-time to lessons and games? A great time to discuss theology, or why the church teaches as she does. That’s how we did it.

Drive-times are excellent opportunities to hit on unusual subjects, if you just keep the radio off and your car doesn’t have a darned tv screen!

Meanwhile, Jennifer Fitz, an an author on the same topic of classroom management, made a response to our emailer, that follows up on LaBlanc:

In a workshop once, a young, single catechist asked me for suggestions on ways to chit chat with parents after class. What should she talk about? I suggested maybe she say something good about their child. Parents like that. She asked, with a few likely culprits in mind, “But what if there’s nothing good about that kid?”

Jen’s answer brings the medicine, but it’s the truth.

Finally, coming at it from a completely different angle, Elizabeth Duffy writes: Our God is the God of the living. He does not intend demise; we have to choose it.

We have to fight for what we want and need, and we have to be willing to do the work.

**Earlier this year, our channel held an impromptu little “symposium on religious education” that grew from Joanne McPortland writing, “What’s Really Wrong with Catholic Religious Education? Everything!” — a post which went rather viral. Joanne followed that up with a post linking to many of our responses, and I asked all of the bloggers writing on the topic to use the tag “Religious Education” or “Rethinking Religious Education” with their pieces so they are rather easily found in a google search.

March 17, 2014 "Let it Go" Sung by Capt. Barbosa, Jack Sparrow, Winnie the Pooh and More...
Browse Our Archives
get the latest from
Catholic
Sign up for our newsletter
POPULAR AT PATHEOS Catholic
1