[While I am still on book-writing break, Melinda Selmys guest-posts about important distinctions that are becoming blurred in our national discourse on religious freedom and the inviolability of an individual’s religious conscience. Melinda is a convert to Catholicism, a contributor at Spiritual Friendship, and the author of 4 books including Sexual Authenticity and Eros and Thanatos. – ES] 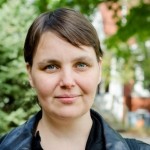 Nearly 20 years ago, I was working at my local newspaper when a small controversy arose concerning religious freedom and gay rights. PFLAG (Parents and Friends of Lesbians and Gays) wanted to send speakers in to the local Catholic schools to give presentations; the school board said that this would violate their right to instruct students in accord with the teaching of the Church.

At the time I was an atheist in a lesbian relationship. So I called the school board and asked if they could explain why their decision was not just blatantly homophobic. They sent me a small pamphlet explaining Church sexual teaching. I read it, thought it was bizarre but coherent, and ended up writing an article defending the right of Catholic schools to teach Catholic doctrine. My thinking was that although I disagreed completely with what the Church taught, I believed that religious freedom is an essential principle of liberal democracy.

One of the challenges of living in a liberal democracy is that you have to be willing to play nice and get along with people who you’d much rather kick in the eye. It doesn’t matter whether the disagreement is ideological or religious, philosophical or academic, visceral or personal. Part of the social contract that you accept as a citizen is that you agree not to force others to act in accord with your personal beliefs.

But there are places where this gets sticky. Every so often a conflict arises where the way that one person chooses to live impacts another person’s right to live in accord with their own beliefs. The present conflict over Senate Bill 101, Indiana’s Religious Freedom Restoration Act, concerns these kinds of situations.

What do you do, for example, if the only hospital in town is a Catholic hospital and a woman wants to have her tubes tied? Or if a nurse working at a secular hospital refuses, for religious reasons, to assist in abortions?

I think it’s important, on liberal grounds, to recognize that people’s right to act in conscience must be protected under the law. The fact that a woman wants a tubal ligation should not give her the right to force a doctor to perform surgery which he or she considers to be mutilation. An employer does not have the right to compel one of its employees to participate in an act that she or he believes to be murder. These are serious violations of the individual’s freedom of conscience, and in so far as Senate Bill 101 is intended to defend people’s rights in situations like this, it’s a very important piece of legislation – not just from a religious freedom perspective, but also as a defense of the core values of liberalism.

Unfortunately, SB 101 seems also intended, by some lobbyists behind the bill, to blur important lines of distinction as it equivocates between authentic religious freedom and “Christian freedom.” Eric Miller, the Founder and Executive Director of Advance America (an organization that provided much of the impetus for SB 101) says, “It is vitally important to protect religious freedom in Indiana…It was therefore important to pass Senate Bill 101 in 2015 in order to help protect churches, Christian businesses and individuals from those who want to punish them because of their Biblical beliefs!”

Advance America gives three examples of situations where Senate Bill 101 will “help.” The first is the provision of peripheral services such as baking or flowers for gay marriages. The second is transgender bathroom use. The third is the use of church property for gay weddings.

The only one of these that really has anything to do with religious freedom is the last one. The other situations described have nothing to do with freedom of religion. They’re just blatant opportunities for public displays of discrimination.

It’s something that I’ve seen before. When I was growing up, my town experienced a major demographic shift: we went from being a primarily white, middle-class suburb to being one of the largest South-East Asian communities in North America. I remember hearing arguments about restricting signage to English and French (Canada’s two official languages), arguments that single-family housing should exclude extended families, arguments that prohibitions on head-gear at schools should be extended to turbans and hijabs. People claimed to be arguing about city planning, Canadian culture and school safety. They were really just being racist, and nobody was fooled.

The same is true in Christian communities that want to deny services to LGBTQ people. No one in these communities would actually want to live in a world where this kind of religiously-motivated service denial was the norm. A society in which Baptist wedding photographers refuse service to Catholics because they might have to take a photo including a statue of Mary. Where you stand in line forever at Walmart only to discover that your Jehovah’s Witness cashier won’t ring through your coffee. Where Muslim restaurant owners refuse to serve women unless they’re dressed according to Islamic standards of modesty.

The difference between a valid conscientious objection and an arbitrary refusal of service lies in the difference between material co-operation with an act, and superficial involvement with it. Refusing to dispense abortifacients, for example, might actually prevent an abortion from happening. Refusing to bake a cake, on the other hand, is just a needless annoyance that makes Christianity look bigoted, intolerant and petty.

[Over at Hot Air, Ed Morrissey makes a direct response to Melinda – admin]

MORE:
Contra view, via CNA: No, it’s not about discrimination

Related:
Jesus might bake the cake, but would he perform the nuptials? 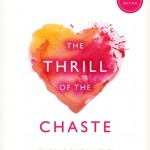 March 29, 2015 Resurrection: Eden's Book Makes Great Easter Reading!
Browse Our Archives
get the latest from
Catholic
Sign up for our newsletter
POPULAR AT PATHEOS Catholic
1