As soon as Hillary Clinton enters into a serious campaign mode — and this has been true for her husband’s campaigns as well as her own — the citizenry becomes informed that Mrs. Clinton is a “staunch Methodist” and bible-believing Christian. It is always one of the very first cards she plays in her attempts to “connect” with the yearning masses whose causes she wants to champion, and whose votes usually factor in religion. I recall reading, during Bill Clinton’s campaigns, that Hillary kept “Christian tracts” in her purse for inspirational reading.

Possibly she does. Possibly Mrs. Clinton prays more than I do, or you do; I’m not going to gainsay any of that. But it is remarkable to me how her faith is always the first information that comes up in any new campaign. The cynic in me wonders about political expediency; the naif in me gives the benefit of a doubt. Perhaps, say my better angels, it comes up first because her faith really is a super-important part of her life, period.

So, over the weekend, concurrent with her unsurprising announcement of her candidacy for president, “Hillary is religious” was once again the very first card out of the play-pack, and presented this time in a handy listicle: 5 faith facts about Hillary Clinton, social gospel Methodist to the core

As she embarks Sunday on her 2016 presidential campaign, one facet of Hillary Clinton, 67, is unchanged across her decades as a lawyer, first lady, senator and secretary of state: She was, is and likely always will be a social-justice-focused Methodist.

As a girl, she was part of the guild that cleaned the altar at First United Methodist Church in Park Ridge, Ill. As a teen, she visited inner-city Chicago churches with the youth pastor, Don Jones, her spiritual mentor until his death in 2009. During her husband’s presidency, the first family worshipped at Washington’s Foundry United Methodist Church, and Time magazine described her membership in a bipartisan women’s prayer group organized by evangelicals.

2) Clinton’s been known to carry a Bible in her purse but, she told the 2007 CNN Faith Forum, “advertising” her faith “doesn’t come naturally to me.” Every vote Clinton made as a senator from New York, she said, was “a moral responsibility.” When asked at the forum why she thought God allows suffering, Clinton demurred on theology, then swiftly turned her answer to activism:“The existence of suffering calls us to action.”

Well, okay; I can’t blame a politician for choosing not to publicly tackle the great mysteries of faith that are always before us, and she’s right that the existence of suffering should call us to action.

Still, her answer opens the floor to some questions, doesn’t it? We need to ask, what is misery? Is it subjective or objective? Are miseries quantifiable? Do some miseries count more than others? Is it truly possible that only one ideology in the nation has determined all of the correct courses of action for the alleviation of various human miseries? How do we differentiate between those actions that authentically relieve misery and those which actually, unintentionally, do more harm than good, and then responsibly address necessary changes?

For instance, is the government doing the best thing for victims of human trafficking when they end successful and effective partnerships with the churches simply because the churches cannot promote the use of artificial contraception and abortion? Might not a better solution be to let the churches continue providing the compassionate and hopeful one-on-one human support to victims that dutiful bureaucracies simply cannot manage, and let the bureaucrats attend to their other concerns?

What about on the gay marriage front? Should the government, in their attempts to alleviate what it has identified as a hurtful “marriage inequality” be in the business of fining people and calling “bigotry” when the church-minded think differently? Is there truly no middle ground upon which our elected leaders — they used to be called “public servants” — might bring various mindsets together, rather than pull them apart? Are politicians really ready to suggest that the The National Black Church Initiative and its 15.7 million members are mere homophobic bigots who “must be made” to fall in line, and redefine their bible-based understanding of sin?

Since Mrs. Clinton is now “officially running” for president, and the press is making a quick note of how important both her faith and its applications for social justice are to her, I expect to hear that she has given real thought to such questions; that she believes there is certainly room within the public square for voices of the churches and people of faith. I hope the press will ask her whether she thinks the current administration has been too heavy-handed in shutting down partnerships and initiatives between government and faith-based communities, which have done a great deal of good for many people — have, in fact, been actions taken to alleviate human misery.

I hope they will ask her whether a stubborn allegiance to faith-based opinion means some citizens might, and should, become untouchables, of a second-class. What about our traditional understanding of the First Amendment, and Freedom of Religion? Would she now define it down, as some would like, to a mere freedom to worship?

Will anyone in the press be interested in discomfiting Mrs. Clinton — and for that matter, the current administration — with such questions? Will Mrs. Clinton be willing to answer them? Because, really, a politician who can manage sane, balanced and trustworthy responses to such concerns would certainly be refreshing.

Sanity, balance and trustworthiness aside (because I’ve gotten to the point where I think all politicians need to prove themselves on all three counts) I can’t help wondering, can Hillary manage such freshness?

MORE:
As she begins her latest “listening tour,” a witness from 2000 wonders whether this time she’ll actually hear the questions and respond to some of them, a primary one being how does a politician with a 100% approval rating from NARAL, who supports late-term abortions, square that with a desire to end human misery?

ALSO: Glenn Reynolds has more on reactions to Hillary’s roll-out

MORE: Is there a narrative being built?

Related:
Mother Jones, from 2007, on Hillary’s Religion and Politics 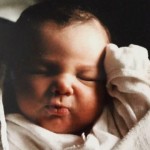 April 14, 2015 Orthodox Christians Singing in Beirut! What Voices!
Browse Our Archives
get the latest from
Catholic
Sign up for our newsletter
POPULAR AT PATHEOS Catholic
1