Climb Down from a Catholic Ledge: For every Koch, there is a Sarah

Climb Down from a Catholic Ledge: For every Koch, there is a Sarah June 10, 2015 Elizabeth Scalia

Participants in New York City’s June 1-4 “Sacra Liturgia 2015” gathering received a letter from Cardinal Robert Sarah, Prefect of the Congregation for Divine Worship and the Discipline of the Sacraments. Cardinal Sarah was appointed to that position by Pope Francis in November of 2014.

The letter reads in part:

When The Holy Father, Pope Francis, asked me to accept the ministry of Prefect of the Congregation for Divine Worship and Discipline of the Sacraments, I asked: “Your Holiness, how do you want me to exercise this ministry? What do you want me to do as Prefect of this Congregation?” The Holy Father’s reply was clear. “I want you to continue to implement the liturgical reform of the Second Vatican Council,” he said, “and I want you to continue the good work in the liturgy begun by Pope Benedict XVI.”

[…]
I would like to suggest two critical areas in which authentic liturgical renewal in the twenty-first century can be furthered. The first is by being utterly clear what Catholic liturgy is: it is the worship of Almighty God, the place where mankind encounters God alive and at work in His Church today. Please—never underestimate the importance of this. The liturgy is not some social occasion or meeting where we come first, where what is most important is that we express our identity. No: God comes first. As Cardinal Ratzinger wrote in 2004:

If the Liturgy appears first of all as the workshop for our activity, then what is essential is being forgotten: God. For the Liturgy is not about us, but about God. Forgetting about God is the most imminent danger of our age. As against this, the Liturgy should be setting up a sign of God’s presence. (Joseph Cardinal Ratzinger, Collected Works: The Theology of the Liturgy, Ignatius Press, San Francisco, 2015, p. 593).

The Church’s liturgy is given to us in tradition—it is not for us to make up the rites we celebrate or to change them to suit ourselves or our own ideas beyond the legitimate options permitted by the liturgical books. That is why we must celebrate the Sacred Liturgy faithfully, with that reverence and awe of which I spoke earlier.

The other day, a Catholic man tweeted to me (not for the first time) “talk me down from the ledge!” He was upset to read that Pope Francis had appointed Heiner Koch as Archbishop to Berlin.

Oy. Be at peace. For every Koch, there is a Sarah. For every Cupich in Chicago, there is a Chaput in Philadelphia. We are a universal church filled with every type of person, and I think Pope Francis is trying very hard to make sure that its leadership reflects that.

Honestly, folks. Come down off the ledges. For the past week or so had hundreds of people respond to the question, “Why are you still Catholic?” Three answers have dominated:

If this is truly what people think, then there really needs to be a climbing-down from ledges and an end to the non-stop hand-wringing.

Every generation thinks that the happenings of their age are the cataclysmic, and most important events of all time. But we see this is not true; times and eras lose their distinction in the thread of eternity, which is the heavenly view. Challenging times will impact the church, of course, but they will never defeat her. The world spins as God permits; it is an ultimate and continually-at-work winnowing fan.

Da Tech Guy wonders why more people aren’t talking about Cardinal Sarah’s letter. I’m not so sure they’re not, but there is so much information before us anymore — and the eternal illusory distractions, as with the Duggar and Jenner stories — that people can only keep track of so much.

As to Tech Guy’s suggestion that perhaps people are clinging — both from the right and the left — to specific narratives of Francis that they prefer, I begin to think the constant freak-out over this pope on one side and the selective smugness on the other serves something connected more to human ego and conceit than to anything enlarging or salvific. A papal narrative that proves pet theories correct (whether they be of delight or of doom) is a papal narrative much too powerful to disturb with inconvenient headlines.

A preferred narrative, and the power one perceives from its promotion, is like chocolate to a PMSing teenage girl. It must always be kept safe and handy.

UPDATE:
For those who, on social media, have demanded clarification of my meaning here, and what I am “implying”, this is really pretty simple, and there is no “implication.” For everyone wringing their hands over Cupich’s labeled “progressivism” there is a Chaput who is the labeled “conservative.” For everyone who couldn’t stand the supposedly “conservative” Benedict, there is eventually a supposedly “progressive” Francis, and vice versa. We are a broad, wide and ultimately balanced church but balanced by God’s ways and means and understanding, not our own. I think it is a peculiarity of the American church that these concerns about labels are so much to the fore. The balance is what makes it Catholic.

I’m sad that I had to spell it out that much; I’d thought the whole “implication” was pretty clear.

Marcel LeJeune has additional thoughts along these lines, and two good, relevant quotes at the end. 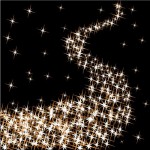 June 9, 2015
The Surest Way to Be Happy? Take the Diamond Path
Next Post

June 10, 2015 "Love Itself is Knowledge": Melinda Selmys Comes to Patheos!
Browse Our Archives
get the latest from
Catholic
Sign up for our newsletter
POPULAR AT PATHEOS Catholic
1