Weidenfeld: Better, Braver than Those Seeking to Lead/Rule

I don’t know about you, but I’m looking at the people who want to “lead” or “rule” us and stride the halls of power, and I am alternately underwhelmed or absolutely repulsed. If our choices land between overly-cautious, robotic professional politicians who haven’t the gumption to say a single word with real meaning, less they be held accountable to it (hellloooo, Mrs. Clinton!), or demagogues and scallywags — and schlemiels so earnest that they can’t see they have no chance — I’m preparing to cry bunk, and sit out the next vote.

Increasingly I wonder if there is a point to continuing the farce that has become our political system; our current administration** has set a dubious precedent of utterly ignoring the congress, and only half-minding the courts, and as we learned with the Patriot Act, political power and precedents accrued by one president, are never surrendered by the next one; they’re expanded upon. The duplicitous people who address us with platitudes — and the media who love them — don’t deserve our trust, our pocket change or our votes. They deserve our scorn, and so does the press the self-proclaimed “mediating intelligences” who protect the ones they love and make caricatures of the ones they don’t.

Growl and yadda, yadda; end rant. I’m cranky today, which made me all the more grateful to read this story about Britain’s 95 year-old Lord Weidenfeld:

George Weidenfeld was barely eighteen when Nazi forces occupied his homeland of Austria in 1938. He may not have lived to see his 95th birthday – celebrated this year – if not for the selflessness and generosity of Christians during World War II.

Weidenfeld was one of countless other Jewish youths who were evacuated from Nazi-occupied countries and resettled in England through Christian-led initiatives similar to the famous Kindertransport train program. When he arrived in England, Weidenfeld said Christians fed him, clothed him and supported his resettlement.

Today it seems the tables have turned as Christian persecution across the globe reaches unprecedented levels. And in an effort to repay some of the generosity he received during World War II, Weidenfeld has launched a new program to rescue persecuted Christians in the Middle East.

The Weidenfeld Safe Havens Fund aims to rescue a projected 2,000 Christians from Syria and Iraq over the next two years.

Read the whole thing. Pass it around, and read more here. And here.

This move by Lord Weidenfeld, a member of the so-called “greatest generation”, is a true spirit-cleanser after the grotesqueries of the media-beloved Cecile Richards, and the politicians who serve her. Knowing that there are still people out there like him restores my hope that maybe, just maybe, some son or daughter raised by a member of his generation might actually possess real greatness, by dint of parental example.

I’m not holding my breath. But maybe.

**In anticipation of the predictable “you just hate anything Obama does” comment, let me disabuse you of that notion. I am, completely in agreement with Tom Zampino, on this action by the president when he writes, “I am a consistent and often harsh critic of this President. I remain constantly wary not only of his priorities, but also of the implementation of them. But I stand with him here, in this call for prison and sentencing reform.” 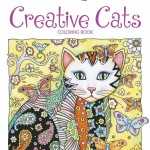 July 20, 2015 Trending Stress-Relief Therapy: Adult Coloring Books
Browse Our Archives
get the latest from
Catholic
Sign up for our newsletter
POPULAR AT PATHEOS Catholic
1

Catholic
Burke's "Exile" to Malta**: What if Everyone is...
The Anchoress

Catholic
"What was Auschwitz?" "I don't know..."
The Anchoress

Catholic
How Does Science Back Up a Theological Dogma?...
The Anchoress
TRENDING AT PATHEOS Catholic