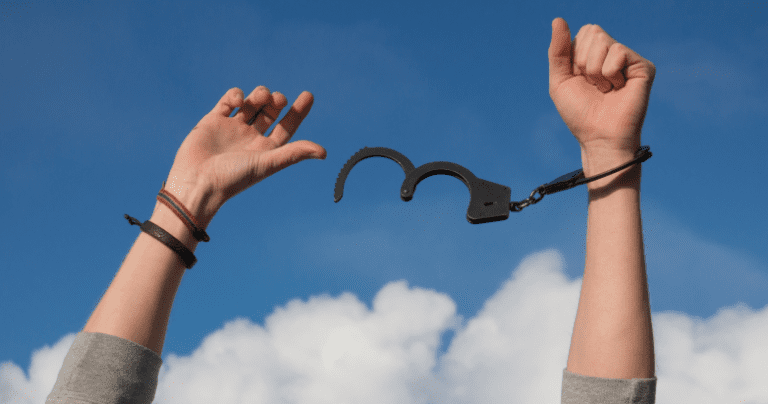 Some enter the womb; evil-doers go to hell; the good go to heaven; those free from worldly desires attain nirvana (Dhp 126 Radhakrishnan).

The Buddha teaches that people’s future lives depend on their moral character in this life. A lot of religions agree, good people go to heaven and bad people to hell. But in Buddhism, these destinies are temporary. Only nirvana is permanent. Let’s talk about attaining nirvana.

We must begin by clearing up a number of misconceptions. I will usually be using the better known Sanskrit word nirvana, rather than the lesser known Pali equivalent, nibbana. The first thing to understand is that that nirvana is not heaven. This passage makes that clear, “the good go to heaven; those free from worldly desires attain nirvana” (Dhp 126 Radhakrishnan). Heaven and nirvana are two separate things.

We must understand what heaven is in Buddhist teaching. The Buddha taught that there were five destinations for rebirth. What are the five? Hell, the animal realm, the realm of ghosts, human beings, and heaven (MN 130). The thing about all of them is that they are part of conditioned existence, the prison of rebirth called samsara. That means that none of these realms are permanent. The life spans vary greatly, but in all of them, you die and are reborn somewhere else, depending on your karma.

In the translation I used of the above text, you will notice that the translator has chosen to translate the Pali word niraya as “hell.” Most translations render it as “hell.” But as Nyanatiloka Thera, in his Buddhist Dictionary, states, “The Buddhists are well aware that on account of the universal sway of impermanence a life in hell, just as in heaven, cannot last eternally, but will after exhaustion of the karma which has caused the respective form of rebirth, necessarily be followed again by a new death and a new rebirth, according to the stored-up karma” (127). Notice he says that hell “cannot last eternally.”

The American Heritage Dictionary of the English Language (5th ed.) defines hell as, “The place of eternal punishment for the wicked after death.” That is not what niraya means. Purgatory, on the other hand, is “a place or state of temporary suffering or misery” (Merriam-Webster.com). Clearly purgatory would be a more accurate translation of niraya.

As we look at the etymology of the Pali word nibbana, we will discover a source of some of the misunderstandings of the word. A Concise Dictionary of Buddhism and Zen says that it literally means “extinction” (Fischer-Schreibe). This led some people to view nibbana as annihilation. The Princeton Dictionary of Buddhism remarks, “Whether this state of cessation represents a form of ‘annihilation’ is a question that preoccupied early scholarship on Buddhism.”

This passage refutes a lot of myths about Buddhism. The first is nonduality (cf. Bhikkhu Bodhi). That is a Hindu idea, not a Buddhist one. The second is that nirvana is not annihilation. The Buddha said that “unborn, unbecome, unmade, unconditioned.” The problem is that such a reality is so unlike “the born, become, made, and conditioned” that words fail us.

The Buddha approaches nirvana with an apophatic strategy. Merriam-Webster.com defines apophatic as “involving the practice of describing something by stating which characteristics it does not have.” This is used in theology to describe God using negative language, by saying what God is not. The Buddha does a similar thing when he talks about nirvana. He imparts the knowledge of nirvana through negation rather than positive assertions. Notice, “unborn, unbecome, unmade, unconditioned.”

The Concise Pali-English Dictionary by A.P. Buddhadatta Mahathera defines nibbana as, “cooling; extinction (of a fire); emancipation; the final bliss.” The extinction is not of the person, but the fires of attachment, aversion, and delusion. But “emancipation” catches the idea best. The Oxford English Dictionary defines emancipation as “the fact or process of being set free from legal, social, or political restrictions; liberation.” I think the best translation of nibbana might be “complete liberation.”

Nyanatiloka Thera, in his book The Buddha’s Path to Deliverance, writes about nibbana, “It is the complete cessation of all the volitional impulse of craving manifested by greed, hatred, delusion, and all forms of clinging to life. Hence, it is the final and complete deliverance from all future rebirth, old age, death, suffering and misery” (31). Instead of “final and complete deliverance,” which implies a deliverer, I think a better translation would be “liberation.”

There are two words for nirvana, nibbana and parinibbana. The first word you could translate as “complete liberation,” because there are stages of liberation. Let’s look at the second word, parinibbana. The Concise Pali-English Dictionary by A.P. Buddhadatta Mahathera defines it as “final release from transmigration; death after the last lifespan of an Arahant.” Instead of “final release,” a better translation might be “final liberation.”

Nyanatiloka Thera, in his book The Buddha’s Path to Deliverance, explains, “The two aspects of Nibanna shown above are in the commentaries often called kilesa-parinibbana, ‘cessation of defilements,” and khandha-parinibbana, ‘cessation of the group of existence.’ The former aspect is realized by attaining arahantship…; the second one with the death of the arahat. Thus this latter aspect consists in the coming to rest, or better said, in the ‘no more continuing’ of the psycho-physical process of existence” (31-32).

An arahat is referring to a “worthy one” who has attained complete awakening. Awakening in this life is nibbana, dying in that awakened state is parinibbana. You can be completely liberated in this life so that when you die you attain final liberation (parinibbana).

Full awakening and nirvana are two sides to the same coin. Full awakening is the wisdom aspect, while nirvana is the experiential aspect. You can see clearly and know reality as it truly is, and you have a freedom from all defilements. They go together like two wings of a dove.

The Buddha promised nirvana is “immediate,” in this very life. It is hard for some people to believe. Yet there is the testimony of many reaching this in the Buddha’s lifetime. But such an attainment is not easy. Modern life has made it both easier and more difficult to follow the noble path. For the layperson, we have more time than ever before. But we have more distractions than ever before. The best way is still the monastic way.

Nirvana is the goal

Nirvana is the goal of the Buddhist path. But why? For many laypeople in traditional Buddhist cultures, a better rebirth is what they are aiming for. They make merit and do good deeds so that their next life will be better than this one. But Buddhism is not unique in providing this. All religions that promise heaven to those who are good, righteous, and morally upright offer this.

What makes Buddhism unique is that it offers an escape from the prison of rebirth. The Buddha said:

Bhikkhus, this samsara is without discoverable beginning. A first point is not discovered of beings roaming and wandering on hindered by ignorance and fettered by craving (SN 15.1 Bodhi).

Yes, Buddhism can guide you towards a better rebirth, the path to heaven, and blessings in this life and the next. Yes, Buddhism can help you find calmness, de-stress, and find inner peace. But that was not what the Buddha was after when he began his noble quest. He wanted a way out. He wanted out of “samsara.” And he discovered it.

Through many a birth in samsara have I wandered in vain, seeking the builder of this house (of life). Repeated birth is indeed suffering! O house-builder, you are seen! You will not build this house again. For your rafters are broken and your ridgepole shattered. My mind has reached the Unconditioned; I have attained the destruction of craving (Dhp 153-154 Buddharakkhita).

The house the Buddha is referring to is his existence in this prison of rebirth. The builder of this house is craving, which the second noble truth says is the cause of suffering and unsatisfactoriness. The rafters are the passions. And the ridgepole is ignorance and delusion. Notice his words, “O house-builder, you are seen!” He saw reality as it truly is. This insight is what awakened him and what made him the Buddha, the “Awakened One.”

The problem is that people don’t see the problem, therefore the Buddha’s solution of nirvana, that is complete liberation, makes little sense. People won’t seek a solution to a problem they don’t think they have. They don’t believe that they are in a prison of rebirth. Many don’t even believe in an afterlife. We have lost touch with realities beyond the physical. So we believe the natural world is all there is.

But what if you are wrong?

Image by lechenie-narkomanii via Pexels (CC0) 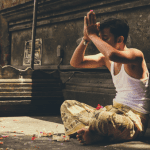 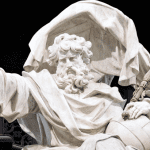 September 1, 2020 The Buddha Was Not an Atheist
Browse Our Archives
Related posts from The Buddha Said

Wandering Destitute into a Demon Pit
In this post, I will continue my recent Dōgen translations with short...
view all Buddhist blogs