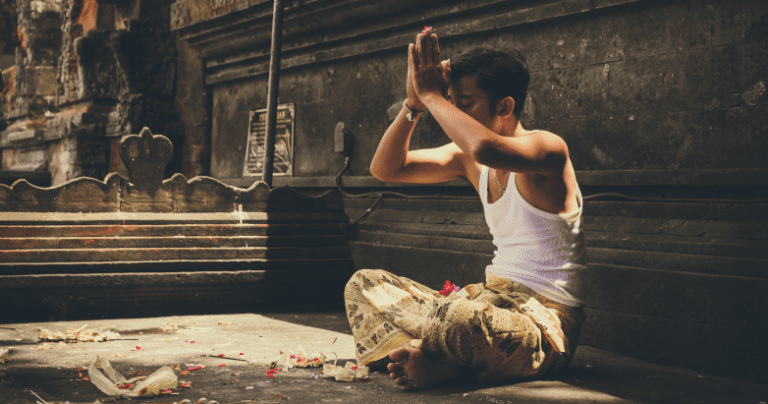 “The practitioner will find great joy and attain the state of final rest by having confidence in the Buddha’s religion, discovering the happiness of ending mental conditioning” (Dhp 381).

Is Buddhism a Religion? It seems like a simple question until you realize that there is little agreement on what Buddhism is or what religion is. Let’s start with the word religion.

The social scientist J. Milton Yinger states, “Many studies of religion stumble over the first hurdle: the problem of definition” (3). This is because “there is no universally accepted definition of religion” (Crawford 3). It seems there are as many definitions as there are academic disciplines. As John Hick writes:

But religion is a useful word. It helps us distinguish a human activity that is different from what animals do. Only humans are religious. As Tim Crane writes, “We should try to understand religion because without such an understanding we lack an adequate sense of a fundamental part of human civilization and its history, and we therefore lack a proper understanding of ourselves” (xi).

In approaching the word religion, it is good to remember the words of Jonathan Z. Smith, “Religion is solely the creation of the scholar’s study. It is created for the scholar’s analytic purposes by his imaginative acts of comparison and generalization” (xi). Its purpose, therefore, is to help us understand a human phenomenon.

The Paperback Oxford Dictionary defines religion as, “the belief in and worship of a God or gods.” This is the only kind of religion Westerners knew for centuries. They knew of the gods of ancient Greece and Rome, and the Pagans. But to them, religion was mostly dealing with Judaism, Christianity, and Islam. So religion had to do with God and the worship of God. But such a definition is short-sighted.

A Definition of Religion

Two definitions are really good. The first is from Tim Crane, he defines religion as “a systematic and practical attempt by human beings to find meaning in the world and their place in it, in terms of their relationship to something transcendent” (6). The second definition is by William E. Paden, he says “religion is generally used to mean a system of language and practice that organize the world in terms of what is deemed sacred” (10).

Others take a more functional approach to religion. As Michael Molloy states, “We may accept as a ‘religion’ whatever manifests a reasonable number of the following characteristics:” He then lists belief system, community, ethics, characteristic emotions (like devotion, liberation, inner peace, and bliss), ritual, and sacredness (7).

My definition of religion is that it is a worldview and way of life that is related to the Divine or sacred. That means that there are at least three elements in a religion, a worldview, a way of life, and something sacred. A worldview is the belief system or conceptual framework we use to see and interpret the world. A way of life deals with the personal, ethical, and social ways that we act in the world. And both these are related to the Divine or sacred. Judaism, Christianity, and Islam are all worldviews and ways of life related to God.

The Sacred in Buddhism

Buddhism is not a worldview and way of life that is related to God. You could say that early Buddhism was polytheistic since it acknowledges many “angels, demons, and Gods” (AN 4.23). But these gods are of little relevance to Buddhism, because they are, just like humans, stuck in the same cycle of rebirth. This is called samsara, which I translate as the “prison of rebirth.”

The bottom line is that these Gods are of no help in attaining freedom from the unsatisfactoriness of conditioned existence. So Buddhism is not related to the Divine, but it is related to the sacred. By sacred I mean, that which is honored, respected, and even reverenced.

In Buddhism, it is the Three Jewels that are sacred. They are the Buddha, the Doctrine (Pali, dhamma), and the Community (Pali, sangha). These are honored, respected, and reverenced by all Buddhists. I would argue that life itself is also sacred in Buddhism, since abstaining from taking life is the first of the Five Precepts of Buddhism.

The Buddhist worldview sees life through the conceptual framework of the Four Noble Truths. The first truth is that suffering characterizes the unawakened life. Suffering, which is better translated as unsatisfactoriness, refers to the unsatisfactoriness nature of life, which is a prison of endless suffering in a cycle of births and deaths. Suffering is all around us. Everything around us changes, breaks, dies, and fails to give lasting happiness. You can’t count on anything.

The second truth is that the cause of this suffering is craving, which goes back to ignorance of the true nature of reality. From ignorance spring attachment and aversion, which causes suffering.

The third truth is that we can awaken and cease our attachments and aversions, and therefore we can end suffering.

The Dhammapada, the most popular Buddhist scripture, sums up the Buddhist way of life this way, “Avoid doing harm, cultivate good conduct, and purify one’s mind: This is the instruction of the Buddhas” (Dhp 183). In this one line, we have the ethical and spiritual aspirations of Buddhism.

In addition to the ethical way of life, there is also a religious way of life. This includes developing virtues such as generosity, compassion, lovingkindness, and equanimity. And it includes spiritual disciplines such as chanting and meditation.

So Buddhism is a religion. In Pali, it is called Buddha-sasana. Bhikkhu Sucitto defines Buddha-sasana as “the Buddhist religion” (Sucitto 52). Here are two translations of the Dhammapada:

“When a bhikkhu applies himself when still young to the religion of the Buddha, he illuminates the world, like the moon breaking breaking away from a cloud” (Richards Dhp 382).

Here is an older translation.

“The monk yet young, who unto Buddha’s religion devoteth himself, brighteneth this world, as the moon from cloud set free” (Edmunds Dhp 382).

Buddhism is a religion because it is a worldview and way of life that is related to the sacred. But it is a unique religion. Most religions talk about getting right with God through repentance, faith, and obedience. To them, the problem is human sin. But Buddhism goes further.

Image by Artem Beliaikin via Unsplash 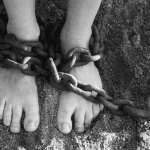 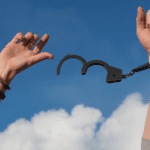 Wandering Destitute into a Demon Pit
In this post, I will continue my recent Dōgen translations with short...
view all Buddhist blogs