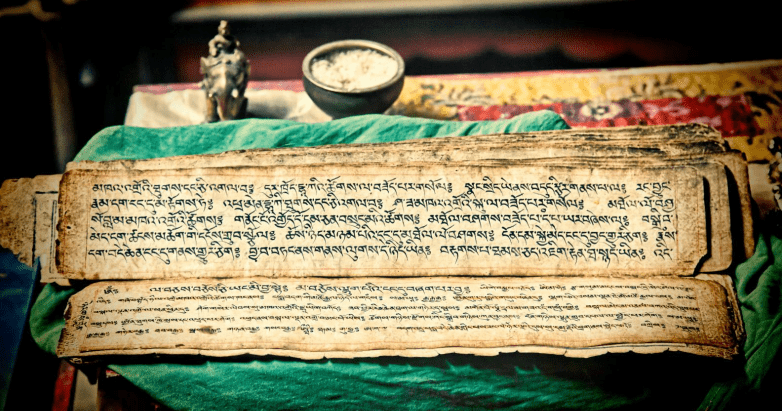 It may be, Ananda, that to some among you the thought will come: ‘Ended is the word of the Master; we have a Master no longer.’ But it should not, Ananda, be so considered. For that which I have proclaimed and made known as the Dhamma and the Discipline, that shall be your Master when I am gone (DN 16 Vajira and Story).

The Dharma and the monastic rules are our teacher now that the Buddha is gone. But there are many different schools of Buddhism, each interpreting the Buddha differently. Who is to say who is right? I think we can move towards unity by agreeing on the texts that are scriptural and on the rules of interpretation.

Buddhist hermeneutics is the study of the principles of interpretation concerning the Buddhist scriptures. This is not a very well studied subject. But shouldn’t we know how to interpret the Buddha correctly? Is this not an important subject?

Hermeneutics is defined by the Oxford English Dictionary as “The branch of knowledge that deals with interpretation, especially of the Bible or literary texts.” Louis Berkhof defines hermeneutics as “the science that teaches us the principles, laws, and methods of interpretation” (11).

“The interpretation of sacred scripture is, of course, a concern which is not confined to the Judeo-Christian tradition,” writes Donald S Lopez, Jr. “It is also a major issue in Buddhism, where the problems faced by the interpreters of the Bud­dha’s word were somewhat different from those found in the West” (1-2). One of the reasons that this topic is not addressed very often is because of the fluid nature of the three canons. It might be good to review them first.

A canon of scripture is a set of texts which a particular religious community regards as authoritative scripture. In Buddhism, there are three. The first is the Pali canon, which is the standard collection of scriptures for Theravada Buddhists. It is preserved in the Pali language and is the most complete extant early Buddhist texts.

The second canon is the Chinese Buddhist canon. This refers to the total body of Buddhist literature deemed canonical in Chinese, Japanese, Korean and Vietnamese Buddhism. This canon includes most of the texts from the Pali canon in translation. But it also includes thousands of additional Mahayana sutras. Most scholars agree that these do not originate from the historical Buddha.

The third canon is the Tibetan Buddhist canon. These are the sacred texts recognized by various sects of Tibetan Buddhism. This canon includes some of the early Buddhist texts, the Mahayana sutras, and includes tantric texts.

I do not accept any of the three canons, but rather follow the best scholarship in ascertaining what of these qualifies as Early Buddhist Texts. I have fully addressed these elsewhere, but let me give you a quick review here. The Early Buddhist Texts, writes Bhikkhu Sujato and Bhikkhu Brahmali, “originated in the lifetime of the Buddha or a little later, because they were, in the main, spoken by the Buddha and his contemporary disciples” (5). But it should be understood, “The texts as we have them now are not a verbatim record of the Buddha’s utterances, but the changes are in almost all cases details of editing and arrangement, not of doctrine or substance” (Sujato and Brahmali 12).

According to Bhikkhu Sujato and Bhikkhu Brahmali, the Early Buddhist Texts include “the bulk of the Suttas in the main four Pali Nikayas and parallel Agama literature in Chinese, Tibetan Sanskrit, and other Indian dialects; the patimokkhas and some Vinaya material from the khandhakas; a small portion of the Khuddaka Nikaya, consisting of the significant parts of the Sutta Nipata, Udana, Itivuttaka, Dhammapada, and Thera- and Theri Gatha” (11-12). Only these texts are scripture.

The historical-grammatical method is widely used in Christian hermeneutics. The methods, as applied to the Buddhist scriptures, is the attempt to get at the original intended meaning of the Buddha or one of his disciples. The historical context is important because ancient India is not like the modern West. An understanding of religion and philosophy in India is crucial for a correct understanding of Buddha and early Buddhism.

For example, some Westerners will be shocked to learn that “In India, no religion called Hinduism ever existed, and even today the learned and well-informed spiritual and religious leaders of India do not use this term” (Tigunait 4). And there are many lesser known errors made by Westerners. A general knowledge of the history of India would clear some of these up. A basic knowledge of the Vedas and Upanishads would also be helpful.

Understanding the cultural, historical, and literary context of the Buddha is part of the historical-grammatical method. It should be understood that we are working with an oral culture, not a literary culture. All the discourses of the Buddha were oral. Writing didn’t develop in India until many hundreds of years later. It was not until the beginning of the first century of the Common Era that the discourses were first written down.

The immediate historical context of a discourse is also important, but not always easy to discern. The early Buddhists tended to be fast and loose in providing context, and at times used a standard template. This means that sometimes the setting is unknown, even though they plugged in a template.

The historical-grammatical method also means you take the passage literally. “If the plain sense of scripture makes sense, seek no other sense, lest you end up with nonsense” (Forrest 71). A passage should be interpreted symbolically, poetically, or allegorically only if it is clear that the speaker intended it to be figurative. The process for determining the original meaning of the text is through an examination of the grammatical and syntactical aspects. A knowledge of the Pali language is of great help here.

Then, without approving or disapproving, his words and expressions should be carefully noted and compared with the Suttas and reviewed in the light of the discipline. If they, on such comparison and review, are found not to conform to the Suttas or the discipline, the conclusion must be: “Assuredly this is not the word of the Buddha, it has been wrongly understood by this monk”, and the matter is to be rejected (DN 16).

Keep It In Context

It follows from the historical-grammatical method that you should interpret a passage within the context it appears in. You can easily take passages out of context. This is seen in the use of Bible passages all the time. You can justify murder. “Cain rose up against Abel his brother and killed him” (Gen. 4:8 NKJV). Then Jesus said to him, “Go and do likewise” (Luke 10:37 NKJV).

First, you keep the passage in the context of the whole message of the Buddha. We discussed this when we dealt with comparing scripture with scripture. But you need to also keep it in context within each sutta. You must follow the speaker’s train of thought to make sure that you understand the idea or ideas being conveyed in the passage. What comes before and what comes after a passage helps you understand the meaning. Sometimes an unclear point is cleared up later on in the discourse.

One of the problems of interpretation is that the Buddha customizes his teaching for different people. Let us look at just one example where Pancakanga and Udayi had a disagreement about whether the Buddha taught two feelings or three feelings. The Buddhist scriptures report:

Then the Buddha explains:

It is important to remember that the Buddha explains “the teaching in all these different ways.” You will only discover that by comparing scripture with scripture. Each way of presenting the truth highlights different aspects. This is important in helping people understand the Buddha’s meaning. It is, after all, the meaning that is important.

“We should provisionally accept tradition,” writes Richard F. Gombrich, “till we have something to put in its place – all the while preserving a modest awareness of our uncertainty” (21). By tradition, I am including the Abhidhamma, the majority of the Khuddhaka Nikaya and the Vinaya Pitaka, the commentaries, as well as other later works. The early Mahayana sutras are included as well under the label tradition.

One of the major influences in Theravada Buddhism was Buddhaghosa. For better or worse, he has dominated Theravadin interpretation. His authority has been near canonical. This I reject. Tradition is always secondary to the Buddhist scriptures themselves. And by Buddhist scriptures, I mean the Early Buddhist texts.

In criticizing Buddhaghosa, Doug Kraft points out, “Buddhaghosa was a scholar more than a meditator. He had more training in disputation than in meditation. He knew the Vedic scriptures more thoroughly than the early Buddhist texts” (282). In other words, Buddhaghosa is not the ultimate authority on the interpretation of scripture. He is helpful primarily in reporting early interpretations of passages. Unfortunately, his commentaries have not been translated into English. Luckily, Bhikkhu Bodhi’s extensive notes in his translations of the suttas include many of these insights.

Application is the Goal

Although he recites man sacred texts, if he does not act accordingly, that heedless man is like a cowherd who only counts the cattle of others – he does not partake of the blessings of a holy life (Dhp 19 Buddharakkhita).

In all this intellectual pursuit, it is helpful to remember the purpose of it. We are not trying to get smarter, we are trying to awaken to reality as it is. The Dharma does you no good unless you act accordingly. It is in the practice that the theoretical knowledge, as important as what that is, becomes experiential knowledge.

Two equally bad extremes are being exclusively theory-oriented or being exclusively practice-oriented. It is like going on a journey in a new country. You need a map and a guide, but the whole point is to make the journey. But without the map and guide, you are likely to get lost. This is even more likely in the journey to Nirvana. It takes a Buddha to do that without a map and a guide. You are not a Buddha. 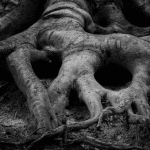 September 15, 2020 What is Nikaya Buddhism?
Browse Our Archives
get the latest from
Buddhist
Sign up for our newsletter
POPULAR AT PATHEOS Buddhist
1