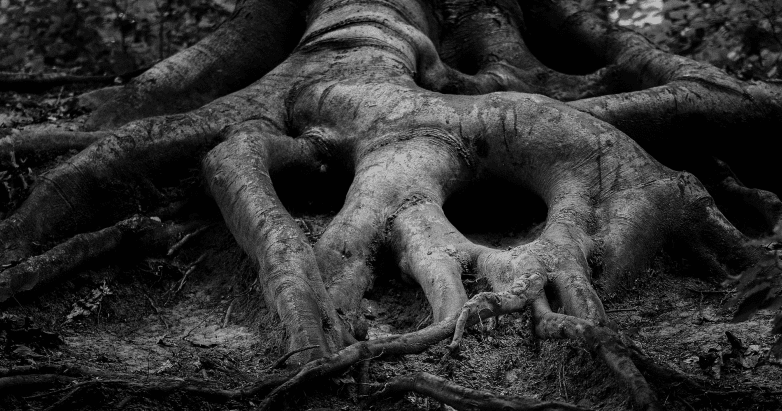 Greed, hatred, and delusion are the three unwholesome roots. Greed is talking about inordinate desire. Hatred includes all levels of aversion. And delusion includes confusion and bewilderment. These three cause all our suffering and frustration. They are the roots of the tree of dukkha, which means unsatisfactoriness. It includes pain, trouble, frustration, stress, and suffering.

What does the Buddha mean by calling these roots unwholesome? The Pali word is akusala. The New Concise Pali English Dictionary defines it as “not good, not right; evil, harmful, not conducing to well-being; evil, acting wrongly.” Bhikkhu Nyanatiloka defines akusala as “unwholesome.”

Here I have to take issue with Bhikkhu Sujato’s translation of akusala as “unskillful.” Webster’s New World College Dictionary (5th ed.) defines unskillful as, “not skillful; having little or no skill or dexterity; awkward.” It defines skill as “great ability or proficiency; expertness that comes from training, practice, etc.”

I can show you a number of people who have “great ability” in their pursuit of greed and hatred. They are skillful at making money. Others are skillful at pursuing pleasure. Others are skillful at revenge. “Great ability” can be paired with harmful goals. Greed is not an unskillful root, it is an evil and harmful root. One should know the difference. “Monks, there are these three roots of demerit. What three? Greed, malice and delusion” (AN 3.69 Woodward). In the footnote, he writes, “‘unprofitable, demeritorious,’ as leading to loss of merit and unhappiness.”

The Buddha said that “there are these three unwholesome roots (AN 3.69 Bodhi). What did he mean? By “root” he was talking about the bottom level of our motivations. Inordinate desire, aversion, and confusion color every single choice that the unawakened person makes. It effects the thoughts we think, the words we say, and the actions we perform.

Greed is a root of the unskillful. When a greedy person chooses to act by way of body, speech, or mind, that too is unskillful. When a greedy person, overcome by greed, causes another to suffer under a false pretext—by execution or imprisonment or confiscation or condemnation or banishment—thinking ‘I’m powerful, I want power’, that too is unskillful. And so these many bad, unskillful things are produced in them born, sourced, originated, and conditioned by greed (AN 3.69 Sujato).

Again, I disagree with Bhikkhu Sujato’s use of “unskillful.” It should be “unwholesome,” so “Greed is a root of the unwholesome.”

We would all agree that greed is an unwholesome root, but is that what the Buddha was talking about? When we think of greed we usually think of “excessive desire for getting or having, esp. Wealth” (Webster’s New World College Dictionary, 5th ed.). But the getting of wealth is not what the Buddha was mainly meaning. It is the “excessive desire for getting or having” that is meant.

When a person of inordinate desire “chooses to act by way of body, speech, or mind,” that too is unwholesome. That is, the roots of one’s character will manifest in the fruits of one’s actions. Morality is manifested in thoughts, words, and deeds. Being “overcome by greed” or inordinate desire one becomes a slave to those desires. They cloud the mind, pollute one’s speech, and corrupt one’s actions.

I think Bhikkhu Bodhi’s translation gets it right, “with mind obsessed by it.” Obsession means “a persistent disturbing preoccupation with an often unreasonable idea or feeling” (Merriam-Webster.com). The desire is unreasonable in light of the Buddha’s Dharma. It only looks reasonable because we are deluded. The three roots are bound together, feeding each other. Together they are a strong chain of bondage.

Selfish desires always lead to suffering for others. Inordinate desire “causes another to suffer…. by execution or imprisonment or confiscation or condemnation or banishment.” The method varies, but selfish desires always harm others in the long run. When we put our interests above others, we become selfish. Notice the “I”, “thinking ‘I’m powerful, I want power’, that too is” unwholesome.

I have to point out an interesting translation here by F. L. Woodward. Instead of “thinking ‘I’m powerful, I want power”, he translates it, “on the grounds that ‘might is right.’” This brings to mind the philosophical view of right and wrong, that it is determined by those in power. It has been the credo of totalitarian regimes throughout history. I am not sure the Buddha meant to criticize this view, but I think the translation is interesting.

It seems clear from the passage that those in power are being addressed, “I’m powerful.” But it is also clear that they desire more power, “I want power.” Money, fame, and power have a similar feature. Those that have them always want more, and the more they get the less satisfied they become.

Hate is a root of the unskillful. When a hateful person chooses to act by way of body, speech, or mind, that too is unskillful. When a hateful person, overcome by hate, causes another to suffer under a false pretext—by execution or imprisonment or confiscation or condemnation or banishment—thinking ‘I’m powerful, I want power’, that too is unskillful. And so these many bad, unskillful things are produced in them born, sourced, originated, and conditioned by hate (AN 3.69 Sujato).

There is no doubt that hatred is an unwholesome root. But is that what the Buddha was talking about? In part, yes. But I think translating it as hatred we limit its scope. Here I think Thanissaro Bhikkhu’s translation is better, “Aversion” rather than hatred. The Pali word translated as hatred is dosa and means “anger; corruption; defeat; fault” (Buddhadatta). The Pali dosa is dvesa in Sanskrit. The Princeton Dictionary of Buddhism explains, dvesa means “‘aversion,’ ‘ill will,’ or ‘hatred.’”

Aversion covers everything from a “fixed, intense dislike; repugnance” as well as the “avoidance of a thing, situation, or behavior because it has been associated with an unpleasant or painful stimulus” (The American Heritage Dictionary, 5th ed.). Yes, aversion includes hatred, but it also includes subtle forms of dislike and ill-will. The whole spectrum of aversion is an unwholesome root.

“Whatever an aversive person fabricates by means of body, speech, or intellect, that too is” unwholesome (AN 3.69 Thanissaro). Body, speech, and intellect are all under the sway of aversion. That makes everything thought, said, or done result in unwholesomeness. It is like a polluted river, contaminated by the radiation of bad motives.

Notice “his mind [is] overcome with aversion” (AN 3.69 Thanissaro). Again, Bhikkhu Bodhi translates it “with mind obsessed by it.” You can easily imagine someone upset and turning the offense over and over in his mind. As the Buddha said:

”He abused me, he struck me, he overpowered me, he robbed me” – those who harbour such thoughts do not still their hatred (Dhp 3).

Here is a perfect example of someone with aversion being “obsessed by it.” They “harbour” the thoughts of hurt or offense. They are controlled by their aversion. In one sense, they are controlled by the offender. This is what victimhood does to people, it enslaves them to their offender. For they are still under the influence of that offense in “body, speech, or intellect.” Such is unwholesome and counterproductive to awakening.

Delusion is a root of the unskillful. When a deluded person chooses to act by way of body, speech, or mind, that too is unskillful. When a deluded person, overcome by delusion, causes another to suffer under a false pretext—by execution or imprisonment or confiscation or condemnation or banishment—thinking ‘I’m powerful, I want power’, that too is unskillful. And so these many bad, unskillful things are produced in them born, sourced, originated, and conditioned by delusion. Such a person is said to have speech that’s ill-timed, false, meaningless, not in line with the teaching and training (AN 3.69 Sujato).

The word that stands out to me is stupidity. I don’t know of any translation that uses this. Most use delusion. Stupidity is defined by the Oxford English Dictionary as: “Behavior that shows a lack of good sense or judgment.” It does mean, in this context, “lacking intelligence or reason” (Merriam-Webster.com). Very smart people can make very dumb decisions.

The Princeton Dictionary of Buddhism defines moha as, “‘delusion,’ ‘confusion,’ ‘benightedness,’ ‘foolishness’; as a synonym of ‘ignorance’…. moha, denotes a fundamental confusion concerning the true character of the conception of a person… and the phenomenal world and is thus an affliction… and cause of future suffering.”

Confusion, according to the Oxford English Dictionary, refers to “The state of being bewildered or unclear in one’s mind about something.” I would say this was the best equivalent of moha, but delusion might be better. In psychiatry, the word “delusion” refers to “a false, persistent belief maintained in spite of evidence to the contrary” (Webster’s New World College Dictionary, 5th ed.).

The evidence of impermanence, unsatisfactoriness, and not-soul is there, but not seen or noticed. It is a delusion created by being bewitched by “craving for sensual pleasures, craving to continue existence, and craving to end existence” (SN 56.11 Sujato). We are “hindered by ignorance and fettered by craving” (SN 15.1).

The Results of Unwholesome Roots

Suppose a sal, axlewood, or papra tree was choked and engulfed by three camel’s foot creepers. It would fall to ruin and disaster. In the same way, such a person—overcome with bad, unskillful qualities born of greed, hate, and delusion—suffers in the present life, with anguish, distress, and fever. And when the body breaks up, after death, they can expect to be reborn in a place of loss, a bad place, the underworld, hell (AN 3.69 Sujato).

The result of allowing the three unwholesome roots to grow in one’s life is that he or she “suffers in the present life, with anguish, distress, and fever. And when the body breaks up, after death, they can expect to be reborn in a place of loss, a bad place, the underworld, hell.”

It may seem strange to some people that hell is used as a threat in Buddhism. But it’s not a threat. It is the result of the impersonal laws of karma. No one is sending anyone to hell. It is just what happens when you break the laws of reality. It is no different than the laws of gravity. If you throw something up, it will fall back down. Likewise, live a selfish life and you will suffer in hell for a time. 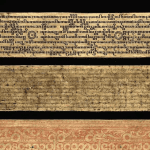 September 11, 2020 Buddhist Hermeneutics
Browse Our Archives
get the latest from
Buddhist
Sign up for our newsletter
POPULAR AT PATHEOS Buddhist
1