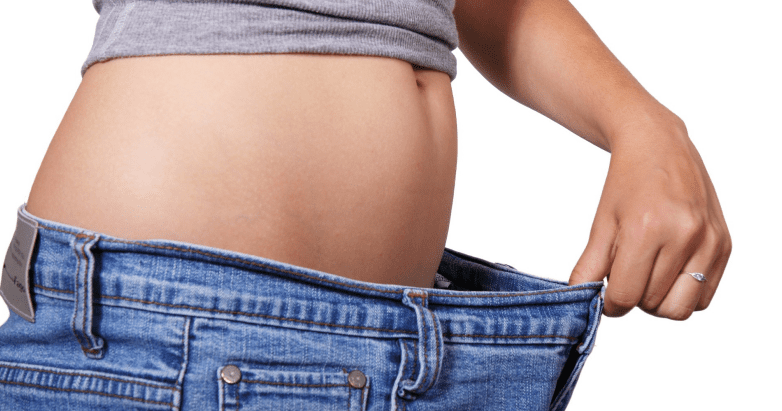 The Buddha practiced a type of intermittent fasting known in the medical literature as early time-restricted feeding. In the popular press, it is known as OMAR, or one meal a day diet. And occasionally a YouTuber will call it the warrior’s diet. I call it the Buddha’s diet.

It might be helpful to define my terms. I will be using early time-restricted feeding rather than intermittent fasting to refer to the Buddha’s diet. “Time-restricted feeding,” writes Dr. Michael Greger, “is defined as fasting for periods of at least twelve hours but less than twenty-four hours” (484). It should be noted that some authors use the term intermittent fasting for this.

The Rule for Monks and Nuns

Concerning our passage, Bhikkhu Bodhi has a footnote in his translation that explains, “This refers to the Buddha’s practice of eating a single meal in the forenoon only. According to the Patimokkha, the bhikkhus are prohibited from eating from noon until the following dawn, though the single-session practice is only recommended but not required” (MN 65 Bodhi).

Here is the monastic rule that the Buddha set down:

If any bhikkhu should chew uncooked food or eat cooked food at the wrong time, [this is a case] involving expiation (Pac 37 Nanatusita).

As Mohan Wijayaratna explains, “Buddhist monks and nuns were only allowed to eat once a day” (68). They were not to eat at the “wrong time.” What does that mean? Bhikkhu Nanatusita explains that the “wrong time” is “when mid-day has passed until the arising of dawn” (205).

“In the West the first meal of the day is ‘break-fast,’” writes Bhikkhu Ariyesako. “For the bhikkhu this is literally true, for he will not have taken any food since the previous morning. Food intake is limited to the hours between dawn and noon. The practice of not eating in the afternoon is a very old tradition mentioned in the earliest Suttas. It is also included in the Ten Precepts of the novice (saama.nera) and dasasiila mata nun; and the Eight Precepts of the lay devotee.”

It should be pointed out that not all schools of Buddhism follow the Buddha’s rule. Tibetan monks only fast on Sojong days, which is twice a month. Otherwise, they eat three times a day. Zen monks and nuns also don’t generally follow this rule.

Mendicants, I eat my food in one sitting per day. Doing so, I find that I’m healthy and well, nimble, strong, and living comfortably (MN 65 Sujato).

Let’s look closer at the Buddha’s claim that early time-restricted feed made him “healthy and well.” We know that he claimed this, but is there any scientific evidence to back it up? “Intermittent fasting,” writes Dr. Michael Mosely and Mini Spencer, “has, until now, been one of the best-kept secrets in science” (125).

Paul McGlothin and Meredith Averill, two well-known advocates of calorie restriction, note, “Our Daily Limited Fasting regimen is based on research by Dr. Mark Mattson and his colleagues at the Laboratory of Neuroscience, at the National Institute of Aging, in 2003. They found that time away from food was even more valuable than calorie restriction for increasing beneficial bran chemistry” (82).

Dr. Jason Fung explains that “Humans, like all mammals, have an increase in mental activity when hungry and a decrease when satiated” (148). You have experienced this yourself. After eating a large Thanksgiving dinner, do you feel mentally awake? No, you go into a sort of food coma. But the opposite is also true. “Fasting and hunger energize us and activate us to advance toward our goal,” writes Dr. Jason Fung, “despite popular misconceptions to the contrary” (149).

Now can you think of any benefit for a meditator to be mentally alert? The Buddha clearly saw the benefit. The monks would go on alms rounds, and bring the food back to where they were staying. Then they would eat it, sometimes in two sessions. But they would be finished by noon. Then they would clean up. By the time they did their mentation, especially later in the evening, their minds would experience a level of mental clarity.

Bhikkhus, I eat at a single session. By so doing, I am free from illness and affliction, and I enjoy lightness, strength, and a comfortable abiding (MN 65 Bodhi).

“To burn fat,” writes Dr. Jason Fung, two things must happen: you must burn through most of your stored glycogen, and insulin levels must drop low enough to release the fat stores” (112). As long as your insulin levels are high you won’t burn fat. This is why calorie restriction doesn’t work. The insulin levels are too high. Plus your metabolism will slow down.

We get glycogen primarily from sugars and carbohydrates. This is our body’s primary energy source. As soon as we eat our insulin levels rise telling our body to store fat. It is only when our “insulin levels must drop low enough” that they allow us to release our fat stores. This is why the Buddha’s diet allowed him to “enjoy lightness.”

After looking at numerous studies, Dr. Micheal Gregor says “there does seem to be something to giving our bodies daily breaks from eating around the clock” (486). In fact, he notes that “Early time-restricted feeding may even play a role in the health of perhaps the longest living population in the world, the Seventh-day Adventist Blue Zone in California…. Their greater life expectancy has been ascribed to these healthy lifestyle behaviors, but there’s one lesser-known component that may be playing a role. Historically, eating two large meals a day, breakfast and lunch, with prolonged overnight fast was a part of Adventist teachings” (478).

What is Dr. Micheal Gregor’s recommendation? “Prolonged water-only fasting is no longer recommended as a clinical treatment option for obesity due to the associated risks of complications…. However, combining intermittent fasting regimens, such as an early or midday time-restricted feeding with a healthy diet during the feeding windows, may prove to be particularly powerful” (488). So the science agrees with the Buddha, “I eat my food in one sitting per day. Doing so, I find that I’m healthy and well, nimble, strong, and living comfortably” (MN 65 Sujato).

I will add my own testimony here. When I first began time-restricted feeding I weighted 226. I now weigh 189. I took off about two pounds a week. I feel better and healthier. But, as Dr. Jason Fung points out, “fasting isn’t a cure-all – healthy eating still matters…. For optimal health, it is not enough to simply add fasting to your life. You must also focus on eating patterns” (53).

Dr. Michael Greger and his team have searched through all the peer-reviewed studies on weight loss and report that, “A whole food, plant-based diet achieved the greatest weight loss ever recorded at six and twelve months compared to any other such intervention published in the medical literature” (287). As the Academy of Nutrition and Dietetics, as it is now called, declared, “It is the position of the American Dietetic Association that appropriately planned vegetarian diets, including total vegetarian or vegan diets, are healthful, nutritionally adequate, and may provide health benefits in the prevention and treatment of certain diseases” (Davis 29).

Does it matter at what time of day you eat? Actually, it does. This is because, writes Dr. Gregor, “People tend to eat more food and higher-fat foods later in the day, and the late-evening hours may represent a higher-risk time for overeating” (485). And another interesting thing that shows up from the scientific studies, “calories in the morning cause less weight gain than the same calories eaten in the evening” (Gregor 485).

Dr. Gregor goes on, “Early or midday time-restricted feeding may have other benefits as well. Prolonged nightly fasting with reduced food intake has been associated with lower levels of inflammation and better blood sugar control, both of which might be expected to lower the risk of disease such as breast cancer” (487).

Paul McGlothin and Meredith Averill agree, “We recommend enjoying a larger meal early and gradually tapering off as the day progresses to allow your body as much time as possible to process and absorb your food before going to sleep” (26).

What is amazing is that the Buddha said “You too should eat your food in one sitting per day” before noon (MN 65 Sujato). Stop and realize that this is advice that is over 2,000 years old. It is just one more example of the Buddha being right about things that no other religious leader was. He was ahead of his time. Why? Because he was awakened to reality as it is.

Image by PublicDomainPictures via Pixabay

Disclaimer: The information provided by the author is intended for educational purposes only and is not to be taken as medical advice. Please consult with a physician or other healthcare professional before making any dietary or health related changes.

September 25, 2020 The Unawakened Life Sucks - The First Noble Truth
Browse Our Archives
get the latest from
Buddhist
Sign up for our newsletter
POPULAR AT PATHEOS Buddhist
1

Creating Community: Are you aging? Are...
Monkey Mind
3

Cyber Zen: Practicing Awakening in These Very Times
https://youtu.be/YYa7prWYrHE Above you'll find a talk that I gave on Sunday, March...
view all Buddhist blogs
Copyright 2008-2021, Patheos. All rights reserved.
error: Content is protected !!