Attention U.S. working moms! If you make LESS than $47,476 annually and are classified as exempt (salaried), your employer will be required to pay you overtime as of December 1, 2016. (The previous threshold was a little over $27,000 annually.)

You can read more about these new regulations here, but here are some key takeaways:

Personally, I think this is a very good and long overdue move. Yes, it may be a an extremely difficult transition for some businesses, especially non-profits, and I sympathize with that. However, the alternative was allowing employers to use their employees as wage slaves. I’m sure there were a lot of businesses claiming that they couldn’t possibly be expected to cope or adjust when child labor laws were enacted, or when the original overtime laws were put into place, but both of those were sorely needed.

And because this is a Catholic blog, let me remind readers what Pope Benedict XVI had to say about the rights of workers in Caritas in veritate (emphasis mine):

No consideration of the problems associated with development could fail to highlight the direct link between poverty and unemployment. In many cases, poverty results from a violation of the dignity of human work, either because work opportunities are limited (through unemployment or underemployment), or “because a low value is put on work and the rights that flow from it, especially the right to a just wage and to the personal security of the worker and his or her family”[143]. For this reason, on 1 May 2000 on the occasion of the Jubilee of Workers, my venerable predecessor Pope John Paul II issued an appeal for “a global coalition in favour of ‘decent work”’[144], supporting the strategy of the International Labour Organization. In this way, he gave a strong moral impetus to this objective, seeing it as an aspiration of families in every country of the world. What is meant by the word “decent” in regard to work? It means work that expresses the essential dignity of every man and woman in the context of their particular society: work that is freely chosen, effectively associating workers, both men and women, with the development of their community; work that enables the worker to be respected and free from any form of discrimination; work that makes it possible for families to meet their needs and provide schooling for their children, without the children themselves being forced into labour; work that permits the workers to organize themselves freely, and to make their voices heard; work that leaves enough room for rediscovering one’s roots at a personal, familial and spiritual level; work that guarantees those who have retired a decent standard of living.

It’s simply not just to require an employee to work more than 40+ hours a week without some kind of fair and equitable compensation, be it time-and-a-half for all hours over 40, or a higher salary. A person making only $30,000/year, which isn’t even enough to support a family in most areas of the country, shouldn’t be forced to work 60 hours a week (or more) on top of their paltry salaries. These regulations go a long way in correcting that injustice.

For those who are affected by the new rules, I predict one of two things will happen:

(1) Employers will raise the salaries of already-exempt employees to above $47,476 annually so that they remain exempt. This, I think, is the less likely scenario unless the employee in question is already very close to the salary threshold (for example, they already make $47,000 annually).

(2) Employers will limit the newly non-exempt employees to working only 40 hours per week, and they may require them to start tracking their hours. This could lead to less flexibility than the formerly exempt employees were accustomed to, but on the other hand, it should improve their work-life balance. They’ll have more hours to spend at home (or, if needed, working a second job to augment their low salary) while still earning the same amount of money.

As I previously said, these new rules don’t take effect until December 1, 2016, so employers have approximately six months to figure out a solution if they have affected employees. 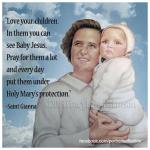 April 28, 2016
Happy Feast of St. Gianna and an Anniversary!
Next Post

October 8, 2016 A Trumped-Up Apology
Recent Comments
0 | Leave a Comment
Browse Our Archives
get the latest from
Catholic
Sign up for our newsletter
POPULAR AT PATHEOS Catholic
1 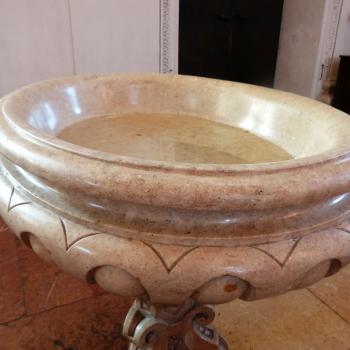 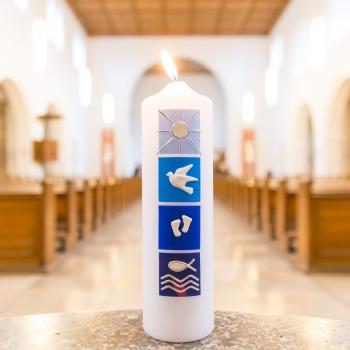 Catholic
How Can Catholic Parishes Make Baptism Easier to...
The Catholic Working Mother 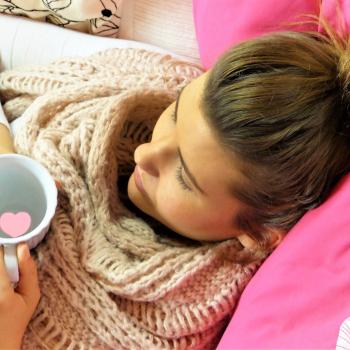