On Good Friday, there are two pieces of media I traditionally watch.

One is, of course, The Passion of the Christ.

The other is Archbishop Fulton Sheen’s homily “His Last Words.” It’s a homily he gave on Good Friday 1979 at St. Agnes Church in New York City. (He died later that year, so it was the very last Good Friday homily he gave.)

You can get a DVD copy here [affiliate link], but it is also available on YouTube:

I find it both of the above, as well as his Good Friday homily, a profound reflection on the Lord’s Passion.

Here are the first few paragraphs of “The Seven Last Words” for your reflection; I hope you find them as moving and insightful as I do.

Three elements conspire in the making of every great message: a pulpit, an audience, and a truth. These three were present in the two most notable messages in the life of Our Blessed Savior, the first and the last which He delivered to the world. The pulpit of His first message was the mountainside; His audience, unlettered Galileans; His truth, the Beatitudes. The last message He delivered had for its pulpit the Cross; for its audience, scribes and Pharisees who blasphemed. Temple priests who ridiculed, Roman soldiers who gambled, timid disciples who feared, Magdalen who wept, John who loved, and Mary who grieved as only a mother can grieve. Magdalen, John, and Mary — penitence, priesthood, and innocence — the three types of souls to be found forever beneath the Cross of Christ. The sermon which that audience heard from the pulpit of the Cross was the Seven Last Words, the dying sayings of a Savior Who, by dying, slew death.

In the four thousand years of Jewish history, the dying words of only three are recorded: Israel, Moses, and Stephen. The reason perhaps is that no others are found so significant and representative as these three. Israel was the first of the Israelites; Moses, the first of the legal dispensation; Stephen, the first martyr. The dying words of each begin something sublime in the history of God’s dealings with men. Not even the last words of Peter or Paul or John have been our legacy, for no spirit ever guided a pen to reveal the secrets of their dying lips. And yet the human heart is always anxious to hear of the state of a mind at that very common and yet very mysterious moment called death.

Those seven words, unlike the words of dying men, never died. They were caught up in the ears of that vast audience and then echoed down over the hillside of Jerusalem and through the labyrinth of men’s minds, waking even the dead from their graves. Now even in this hour they are caught up by our own poor hearts that must decide, once more, if they will be tempted by the love of that Savior. Calvary is the new mountain of temptation, and it is not now Satan tempting Christ, but Christ tempting us — tempting us to love the Love we fall just short of in all love. 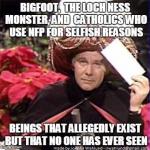 March 29, 2018
It Is Impossible to Use NFP with a Contraceptive Mentality
Next Post 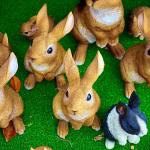 April 5, 2018 What the Catholic Church Teaches About Responsible Parenthood
Recent Comments
0 | Leave a Comment
"You're talking about an exorcist who deals with a spiritual realm beyond anything you can ..."
Pierre Farrugia Fr. Ripperger Reduces Fathers to a ..."
"If you're going to make an argument that there's falsehoods, you should be specific.Where in ..."
Maea L What Does the Roman Catechism Teach ..."
"So many, many words.The serpentHe did tempt me (beguile me)And I did eat."
Allan Vichtern What the Catholic Church Teaches About ..."
"There's a reason Saint Paul stated: "I do not permit a woman to teach or ..."
Cogito22 What Does the Roman Catechism Teach ..."
Browse Our Archives
get the latest from
Catholic
Sign up for our newsletter
POPULAR AT PATHEOS Catholic
1