Harry Potter Is Not a Gateway to the Occult

Harry Potter Is Not a Gateway to the Occult May 7, 2018 JoAnna Wahlund

I’m a faithful Catholic who also loves the Harry Potter series of books (heck, I met my husband in a web club called Harry Potter for Grown Ups), and as such I get rather annoyed when I see other Catholics insist that Harry Potter is a gateway to the occult — meaning that people who enjoy the books and/or the movies are starting on a path that ends in full-fledged devil worship.

I actually converted to Catholicism while obsessively re-reading the first four books. I had my first date with my husband on the day “Goblet of Fire” came out in 2000 (we went to a release party on our date), and we jointly converted one month before “Order of the Phoenix” was released in 2003.

I’ve been Catholic and reading Harry Potter ever since, and so far, no devil worship.

I’d like to address some of the more preposterous claims I’ve seen about the Harry Potter books and movies, which are usually made by people who haven’t bothered to actually read or watch them.

The fictional magic in Harry Potter is not the same as the occult.

The Catechism of the Catholic Church states,

2117 All practices of magic or sorcery, by which one attempts to tame occult powers, so as to place them at one’s service and have a supernatural power over others – even if this were for the sake of restoring their health – are gravely contrary to the virtue of religion. These practices are even more to be condemned when accompanied by the intention of harming someone, or when they have recourse to the intervention of demons. Wearing charms is also reprehensible. Spiritism often implies divination or magical practices; the Church for her part warns the faithful against it. Recourse to so-called traditional cures does not justify either the invocation of evil powers or the exploitation of another’s credulity.

In the Harry Potter world, magic is not an “attempt to tame occult powers.” It is an inborn, inherent genetic ability. A person has no choice as to if they are a witch or a wizard — they are either born with magical power, or they are not. No characters in the series, even the most evil of them, “have recourse to the intervention of demons.”

No, there is not a “satanic worship book” featured in one of the Harry Potter movies.

I spent nearly an hour on Google trying to track down more information about this claim. I even sent a private Facebook message to the person I heard it from. She did respond and said she would get me the information, but as of publication time (over 48 hours later), she hasn’t yet provided it to me. If she does, or if someone else knows where this claim originates and posts that info in the combox, I’ll update this post accordingly.

This claim isn’t even included in the Wikipedia article “Religious debates about the Harry Potter series,” which is a very thorough overview of various accusations of that type.

No, there aren’t “real names of demons” in the Harry Potter series.

I found this particular claim here:

“Harry also learns a new vocabulary, including such words as Azkaban, Circe, Dracho, Erised, Hermes, Slytherin, all of which are names of real devils or demons. These are no characters of fiction.”

J.K. Rowling, the author of the Harry Potter books, has been quite transparent about how she came up with the various names in the books.

Azkaban, a prison for evil wizards, is a combination of the words “Alcatraz” and “Abbadon.” Per J.K. Rowling herself,

The name ‘Azkaban’ derives from a mixture of the prison ‘Alcatraz’, which is its closest Muggle equivalent, being set on an island, and ‘Abaddon’, which is a Hebrew word meaning ‘place of destruction’ or ‘depths of hell’.

Circe is a name from of a goddess in Greek mythology.

“Draco” (not “Dracho”) is after the constellation of the same name.

“Erised” is “Desire” spelled backwards. In the books, the Mirror of Erised is inscribed with this words “erised stra ehru oyt ube cafru oyt on wohsi,” which, spelled backwards, says, “I show not your face but your heart’s desire.” Accordingly, it is a magical mirror that shows one’s deepest desire. When Harry looks into the mirror, he does not see himself as a high priest in the Church of Satan — he seems himself reunited with his dead parents. So demonic, eh?

“Hermes” is another name of a god in Greek mythology.

“Slytherin” is “basically ‘slithering’ minus the ‘g,’ and the snake is the symbol for Slytherin house.”

I hate snakes, personally, but I don’t think they are demons. (The very first snake in the garden of Eden notwithstanding.)

Additionally, I can find no record of these “demon or devil names” that predate the HP series (that is, I can’t find the source that J.K. Rowling would have used to name her characters if this claim was accurate).

It seems more likely that demons or devils took their names *from* the HP series in order to mislead fallible exorcists, which would hardly be J.K. Rowling’s fault. If a demon chose to name itself Gandalf or Aslan, would that mean that the Lord of the Rings or Narnia books are inherently evil?

No, the spells in Harry Potter are not “real spells.”

I also keep hearing that the spells featured in the Harry Potter books are “real spells,” by which I understand to mean that people who practice Wicca and/or Satanism actually use the incantations found in the book to perform occultic acts.

That isn’t true. The spells in the book are modified Latin words.

For example, the Summoning Charm, which is used to summon objects (not demons!) to the caster, uses the word “Accio.” Accio is an actual Latin word that means “I call” or “I summon.”

The Flying Charm, which is used to make objects levitate, uses the words “Wingardium Leviosa.”

Per the Harry Potter Wiki,

If simply saying Latin words constituted a “real spell,” then the entirety of the Latin Mass would be nothing but spellwork.

It’s no different than a child waving a stick and saying, “Abracadabra!” Or standing in front of a door and saying the Elvish word for friend. Or trying to get to Narnia through a wardrobe.

There is no evidence that Satanism among children or even adults has risen due to the popularity of the Harry Potter books.

This claim seems to have come from two articles, one from The Onion (a satire site) and another from a satirical column in the National Post.

J.K. Rowling (who is a Christian herself) has stated that not one child has ever told her that he or she became a practicing witch as a direct result of reading the Harry Potter books.

Many years ago (around the same time the Harry Potter books became popular), my mother worked as a librarian in a small elementary school. The family of one of her students asked her to remove the Harry Potter books from the library for religious reasons. You see, this family practiced witchcraft as their religion, and they didn’t want children getting the wrong idea about witchcraft from the books! Apparently they felt the books misrepresented their religion.

I solemnly swear that I am not making this up.

My mother declined their request, but this same family demanded that the school not celebrate Halloween for the same reason, and as a result the school had a “Harvest Festival” celebration instead.

Have you heard any other dubious claims about Harry Potter that you’d like me to debunk? Let me know in the comments!

Featured image credit: By Oxyman [GFDL, CC-BY-SA-3.0 or CC BY 2.5], from Wikimedia Commons 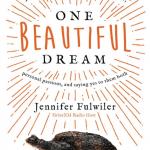 May 4, 2018
Book Review: "One Beautiful Dream" by Jennifer Fulwiler
Next Post 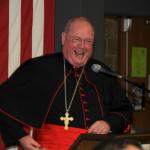 May 9, 2018 Catholic Cosplay Goes Mainstream
Recent Comments
29 Comments | Leave a Comment
Browse Our Archives
get the latest from
Catholic
Sign up for our newsletter
POPULAR AT PATHEOS Catholic
1