Tips for Making a Good Confession

If so, you are not alone; many Catholics struggle with going regularly or even annually. It’s difficult enough to acknowledge our failings to ourselves, let alone confess them to another person; it takes a lot of self-discipline and willpower to force yourself to do something you really don’t want to do, even when you know it’s good for you (see also: me and regular exercise).

The Church, however, asks us to confess our sins at least once per year, and Lent is as an especially appropriate season to do so. Per canon law, we are obligated to receive the Eucharist once per year during the Easter season, and in order to be properly disposed to do so we must not be in a state of mortal sin. Also, many parishes have Lenten reconciliation services during this time, usually held on a weekday evening, where they bring in multiple priests in order to get as many people in for confession as possible.

Confessing your sins is often a very daunting prospect, especially if you have been away from the Church for several years or even decades. However, it’s never too late to return! God loves you and wants you to be reconciled to Him and His Church. If the thought of going to Confession is frightening or nerve-racking, here are some tips that may make it easier for you:

If it’s been a long time, make an appointment.

I know this can be hard because it’s not as anonymous, but a good confession after an absence of several years can take a while. It’ll be easier on both you and the people waiting in line during the regular parish confession times if you make an appointment with a priest for an individual confession. If calling is difficult, try e-mailing instead.

You will still have the option of confession behind a screen if that makes you more comfortable, or you can talk to the priest face-to-face. It doesn’t even have to be at your regular parish — no one will blink an eye if you call or e-mail a different parish and request an appointment for confession with a priest you don’t know. Likely they’ll assume that your own parish priest simply wasn’t available during the timeframe you needed.

And be honest! Tell Father you’re scared and anxious. I promise, he’s heard it before and he won’t condemn you for that. Most priests will go out of their way to make you feel as comfortable as possible, especially if they know it’s been a long time. And most will be delighted that you’ve returned to the sacrament.

Use an app or a guide. 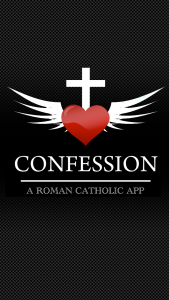 now about you, but it’s a lot easier for me to confess when I know exactly what I’m supposed to do and say. I used to get terribly flustered and anxious at the thought of confession just because I would get so tongue-tied once I was in the confessional. I’d forget some sins I’d meant to confess, and I’d freeze when it came to the Act of Contrition because I had trouble memorizing it.

I started going to confession much more regularly once I found the Confession App from Little i Apps. It has a customizable examination of conscience appropriate to your state in life, depending on if you are married or single or in religious life (I chose the custom examination for a married woman with children).

You can add notes or reflections to your examination of conscience as well. Once you are ready to confess, it takes you through the process step-by-step and tells you everything you should say. You can choose between several Acts of Contrition depending on your preference. It winds up with a quote from a saint or pope and an offer to set a reminder for your next confession.

You can set up multiple user profiles in case you have more than one person in your family using the app, and you also set a unique 4-digit passcode so that you are the only one who has access to your particular profile. Once you finish your confession, your examination of conscience for that session is deleted and reset.

With this app, I never have to worry that I’ll forget what to say or do while in the confessional, because all I have to do is read what’s on my phone screen. It even keeps track of how long it has been since your last confession! I’ve been using it for well over a decade now, and I’ve only had one priest object to my usage of it. It was an elderly priest during a parish reconciliation service, and I think he was more disturbed that I had my iPhone out during confession than anything else. I showed him the app and tried to explain about it, but he was adamant that I put my phone away. (I did, and I managed to stumble through that particular confession, but I’m careful to avoid that priest now.) I don’t think most priests even realize I use it, though, as I prefer to confess behind a screen whenever possible. Every other priest I’ve confessed with face-to-face haven’t had an issue with my use of it.

If technology isn’t your thing, or if you feel uncomfortable using your phone or tablet during confession, you can also use a pamphlet or a prayer card or a printable aid. If you use the latter and/or write down your sins on paper, be sure to throw it away (or better yet, burn it) once your confession is over.

If you had a bad experience with a priest in confession previously, and that’s causing a mental hurdle for going to confession now, ask local Catholic friends for recommendations. If you have no local Catholic friends, see if you can find a Facebook or other social media group for Catholics in your area, or ask a large Catholic group on Facebook or other social media if there are any members near you. If a priest is harsh and callous with one person, chances are he’ll be that way with others, and word will get around that he is someone to avoid. (Remember, it is only the priest who is not allowed to discuss what happens in confession; the penitent is not bound by the seal.) Likewise, good confessors can often be found via word of mouth.

Remember, they’ve heard it all before.

Don’t worry about shocking the priest with your confession. Chances are he’s heard it all before and probably worse, and he’s trained himself to forget what you told him right after he absolves you in order to preserve your anonymity. Also, you don’t need perfect contrition in order to be forgiven. Imperfect contrition works too. You can still go to confession even if you are struggling with doubts as to why your behavior was sinful, just as long as you want to be right with God.

The contrition called “imperfect” (or “attrition”) is also a gift of God, a prompting of the Holy Spirit. It is born of the consideration of sin’s ugliness or the fear of eternal damnation and the other penalties threatening the sinner (contrition of fear). Such a stirring of conscience can initiate an interior process which, under the prompting of grace, will be brought to completion by sacramental absolution. By itself however, imperfect contrition cannot obtain the forgiveness of grave sins, but it disposes one to obtain forgiveness in the sacrament of Penance. (Catechism of the Catholic Church, Paragraph 1453)

If you’ve been looking for a sign from God that you should go to Confession, consider this post to be that sign. Now that it’s Holy Week, a lot of parishes have extra reconciliation times (my parish is offering reconciliation twice per day on Tuesday, Wednesday, and Thursday of this week, plus time on Good Friday as well). If it’s been a while and you’ve been thinking about going, make it a priority to do so this week so you can have a squeaky-clean soul for Easter Sunday.

Have a blessed and spiritually fruitful Holy Week! 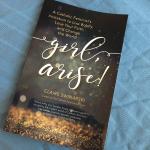 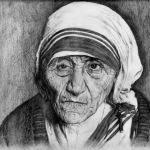 April 19, 2019 Good Friday with Mother Teresa
Recent Comments
0 | Leave a Comment
"I think this is an area that deserves lots of attention and scholarship, so I ..."
S. R. What Does the Catholic Church Teach ..."
"Just a quick comment, I have heard this talk from Father Ripperger. He states that ..."
Aimliz Fr. Ripperger Reduces Fathers to a ..."
"Wonderful article! I've heard the arguments of those who insist on restraining women's gifts and ..."
CagOC What Does the Catholic Church Teach ..."
"Well my kids are grown now so no, it's not "an issue" for me. And ..."
CagOC Fr. Ripperger Reduces Fathers to a ..."
Browse Our Archives
Related posts from The Catholic Working Mother