What I love about St. Elizabeth, also called Mother Seton, is her ability to adapt. Her life did a complete 180-degree turnaround from what she thought it would be like, but she survived and even thrived, accomplishing amazing acts of service and charity before her untimely death in her late 4os.

Mother Seton was born Episcopalian, and married a successful businessman, William Seton, when she was 19 years old. The couple went on to have five children in eight years, AND they took in William’s younger six siblings after the death of William’s father.

Sadly, William Seton lost his fortune and died of tuberculosis a few short years later. Elizabeth, her daughter Anna Maria, and William had traveled to Italy in hopes that the warmer climate might improve his condition, but they were not allowed to disembark from the ship due to fears of yellow fever. God used that tribulation for good, however. After William’s death, Elizabeth was provided hospitality by her late husband’s business partners in Italy, who were devout Roman Catholics.

The more she learned about Catholicism, the more drawn she was to it. She ended up converting to Catholicism in 1805. What’s really remarkable is that Elizabeth had grown up in a fairly anti-Catholic milieu. At the time of her conversion, there was only one Catholic church in New York City, and anti-Catholic laws had only been repealed a few years prior. She was confirmed by the only Catholic bishop in the nation at that time (the bishop of Baltimore, Bp. John Carroll).

She converted knowing that her choice could threaten her livelihood — she owned and operated a small school for girls — and her fears were realized. The parents of all of her students withdrew their daughters because they objected to her conversion.

St. Elizabeth was eventually invited to Maryland by the president of St. Mary’s College in Baltimore to establish a Catholic school there, and she did so, along with several other women who were interested in the mission. They formed a religious sisterhood together, and, per Catholic Online, “when the young community adopted their rule, they made provisions for Elizabeth to continue raising her children.” In other words, the sisters acknowledged St. Elizabeth’s status as a Catholic working mother, and, more importantly, happily accommodated her in her dual vocation as a mother and a religious sister/teacher.

The school founded by Mother Seton and her religious order was the first free Catholic school in America, and became the basis for what is today’s Catholic parochial system.

She died of tuberculosis, the same illness that took her husband, in 1821 at age 46. She’s buried in Emmitsburg, Maryland, at what is now the National Shrine of St. Elizabeth Ann Seton. She was canonized by the Church in 1975, and was the first native-born citizen of the United States to be so honored.

How can you celebrate St. Elizabeth’s feast day? I like to watch the movie A Time for Miracles, starring one of my favorite actresses: Kate Mulgrew of Star Trek: Voyager fame (she’s also in Orange is the New Black, but I’m not a fan of that series). I own it on DVD (you can get it on Amazon for $2.99!!!), but you can also find it on YouTube:

I also like to serve dishes for supper that are uniquely American, such as fried chicken or hot dogs or peanut butter and jelly sandwiches. New England clam chowder is also a great idea, or even New York-style pizza! (Or any kind of pizza or Italian food, in honor of the trip to Italy that set her on the path to her conversion to Catholicism.)

You could also make a donation to your local Catholic school, the National Catholic Education Association, or the Shrine of St. Elizabeth Ann Seton in her honor. 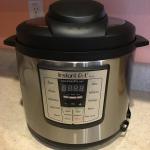 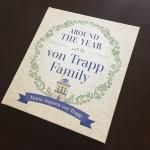 If Any Drug Tested on HEK-293...
Through Catholic Lenses
Related posts from The Catholic Working Mother 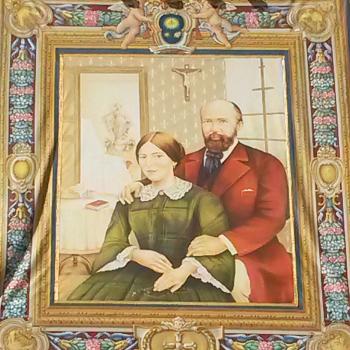