It Is Right to Hate Evil: A Reflection on Charlottesville

It Is Right to Hate Evil: A Reflection on Charlottesville August 17, 2017 Taylor S. Brown

It has been a while since I last wrote an article. Rest assured though, the main reason for this has been some major life transition over the last couple of weeks that should soon calm down a bit here soon. However, the recent events in Charlottesville, VA have spurred me into writing mode again. Unless you have been living under a rock you’ve undoubtedly heard about the “White Nationalist” rally that occurred their near the end of last week. Now first of all let’s call this thing what it was: a hate-fueled mob of KKK members, neo-Nazis, and other white supremacists of the morally bankrupt variety.

As an amateur student of World War II and as someone who is radically opposed to all things smacking of Nazism, eugenics, the KKK, or any other white supremacy, it is somewhat jarring to see American citizens hoisting swastikas in 2017. My great uncle flew as a tail gunner in WWII, helping to wipe the virus of Nazism off the face of Europe. When I was a child, my father made a point to instill in me the horrors of Nazism and racism that fueled the fires of war in 1940s Europe. Me made sure I knew why we fought and defeated such an ideological evil.

I say all of this because I not only find the white supremacy rally in Charlottesville jarring; I find it to be historically and morally despicable. In the midst of their angst at feeling emasculated by a culture they feel is leaving them behind, these young men (because the majority are overwhelmingly angry young white men) are spitting in the faces of their grandparents and great grandparents. And for what? Because they think an orange clown who weaseled his way into the White House will give them back their socio-cultural power? It is almost sad to see how don’t even realize they’re getting played. Almost sad.

By now, you can probably tell that I have no sympathy at all for the white supremacist mob that descended on Charlottesville. And you’d be right. In fact this part of my problem. I despise white supremacy—particularly the Nazi variety—so much that I have trouble not hating the people that this ideological disease has infected. This is the hard reality for me as a Christian to swallow: while the white supremacists in Charlottesville are morally culpable for their actions there (and around the country), they are also victims of demonic “principalities and powers.”

It would be easy for me to hate them.

It is easy for me to hate them.

But as a Christian I am made to remember that while I will never cease to stand against the evils of racism, Nazism, the KKK, white supremacy, those who are complicit in these evil systems are themselves victims of them. For the evil of racism (and all its iterations) not only dehumanizes its targeted groups; it also dehumanizes the perpetrators who engage in its hate-filled actions. It turns them into monsters, distorted visages of what they were meant to be as humans made in God’s image.

And this brings me to the title of this article. For you see we Christians are not allowed to hate any humans, however evil their acts. For while they are morally culpable and will have to stand before the Judge of all creation one day, they are simultaneously victims of the systemic evils—the “principalities and powers” that Paul speaks of—that have infested God’s good world. For these evils are ultimately subsets of the “ontological wasting disease” that is evil. As David Bentley Hart notes of evil in his book The Doors of the Sea: 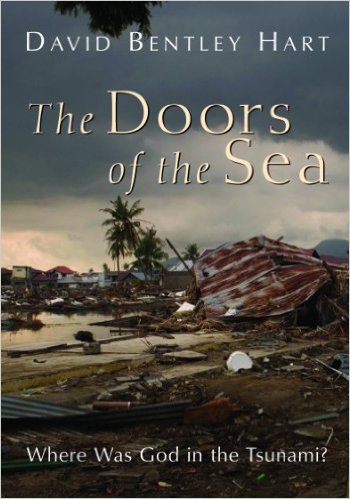 Evil is born of the will: it consists not in some other separate thing standing alongside the things of creation, but it is only a shadow, a turning of the hearts and minds of rational creatures away from the light of God back toward the nothingness from which all things were called. This is not to say that evil is then somehow illusory; it is only to say that evil, rather than being a discrete substance is instead a kind of ontological wasting disease. Born of nothingness, seated in the rational will that unites material and spiritual creation, it breeds a contagion of nothingness throughout the created order (p. 73).

Evil is not a substance that stands alongside of God’s good creation. It is a privation, a nothingness that perverts and distorts those who have succumbed to it. They are simultaneously perpetrators and victims. And this is why the title of this article speaks of it being right to hate evil. Evil in all its systemic and pervasive forms (the ideologies of Nazism and white supremacy included) is ultimately not a good creation of God; it is a paradoxical nothingness that will ultimately be destroyed. Hart again:

Our faith is in a God who has come to rescue His creation from the absurdity of sin, the emptiness and waste of death, the forces—whether calculating malevolence or imbecile chance—that shatter living souls; and so we are permitted to hate these things with a perfect hatred. And we are not only permitted but required to believe that cosmic time as we know it, through all the immensity of its geological ages and historical epochs, is only a shadow of true time, and this world only a shadow of the fuller, richer, more substantial, more glorious creation that God intends; and to believe also that all of nature is a shattered mirror of divine beauty, still full of light, but riven by darkness (101-02).

Because evils like white supremacy, Nazism, racism, white nationalism—you name it—are themselves subsets of the larger cosmic wasting disease that is is evil, we are are right to hate them with a righteous hatred.

But in the midst of such righteous hatred, we must be careful not to hate the misguided souls that this evil has enslaved. For they too are victims of these evils. They too are dehumanized and distorted by the evil that infects them. And I say this not as a perfectly righteous bystander, but as one who must also remember that perfect hatred of evil does not mean hatred of the enslaved humans who perpetrate it. They will be judged for their sins, just as we all will, but by the one truly just Judge.

So for now, let us unite in our hatred of the evil ideologies of racism, white supremacy, Nazism, and other forms of malice. But let us remember that we must also seek to help free those who have been enslaved and fooled into perpetrating these evils. For we worship a God who himself destroyed the power of death and evil by letting them do their worst to him, while at the same time freeing those people they held in their sway.

We are right to hate evil, because we worship the God who will, one day, finally destroy it and free human creatures from its hold. 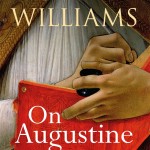 July 26, 2017
Rowan Williams, Augustine, and the Insubstantiality of Evil
Next Post 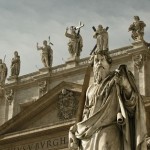 September 3, 2017 Thoughts on the Nashville Statement
Recent Comments
0 | Leave a Comment
Browse Our Archives
get the latest from
Evangelical
Sign up for our newsletter
POPULAR AT PATHEOS Evangelical
1