Thoughts on the Nashville Statement 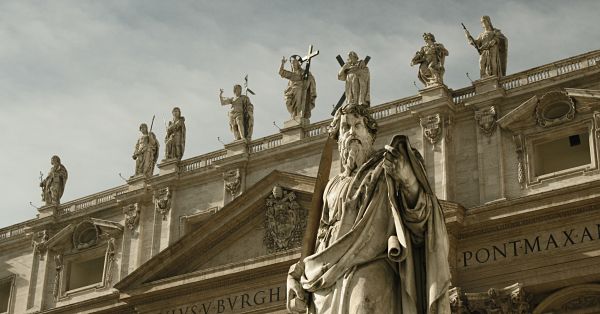 I’ve been hesitant to comment on the Nashville Statement. This is mostly because so many other people have commented on it  already. It seems a little redundant to add yet another voice to the chorus of voices talking about it.
However, in this case I’ll throw caution to the wind and venture some thoughts.
Now if you are unaware of what exactly the Nashville Statement is, in short it’s a recent declaration issued by the Council on Biblical Manhood and Womanhood (CBMW) that reiterates a firm stance on “traditional” Christian sexual ethics.
So far so good right? Not really.
First off I have a very low opinion of the CBMW. This is mostly because I think their view of “biblical” manhood and womanhood is, in fact, not holistically biblical, but rather a specific form of low-church, neo-Reformed/neo-Puritan manhood and womanhood. The CBMW has very little room in it, for example, for actual biblical female figures like Deborah (a female judge and leader of Israel) and Phoebe and Junia (a female early church leader mentioned by Paul in Rom. 16). That is pretty problematic if you have the word “biblical” in your name.
More to the point though with the Nashville Statement, I find it to actually be insufficiently traditional.
While the Nashville Statement and I get to the same general end result — that the only licit form of sexual behavior for orthodox Christians is within the confines of a marriage between one male and one female — the means by which we get there is quite different.
To keep things very brief, I view the Nashville Statement as offering a critique of socio-cultural sexual trends that ends up both short-changing the breadth of a holistic Christian sexual ethic, and ends up alienating LGBTQ people who may deeply want to try and integrate their experiences within an orthodox Christian sexual ethic. Indeed, they may be trying to actually live out a celibate ethic in imitation of Christ Himself but rather than seeing a thoughtful and supportive affirmation from conservative Christians, they see the Nashville Statement as a veiled anathema upon them.
And this is because the statement ends up effectively making an arbitrary declaration on why same-sex sexual behavior is viewed as illicit within a Christian framework: it is illicit because the new-Reformed leaders at CBMW say it is.
Now don’t get me wrong, I actually do think that there is good biblical warrant for a traditional Christian sexual ethic. But this “traditional” aspect extends far deeper than what most American evangelicals adhere to. Most evangelicals hold a view that decries sexual behavior outside of marriage, but that allows what is essentially a sexual free-for-all within heterosexual union.
This is, of course, why so many LGBTQ Christians end up moving toward a progressive or liberal sexual ethic; because the ethic espoused by groups like the CBMW seems arbitrary and one-sided. They call gay Christians to a form of extreme asceticism while allowing straight Christians like myself to engage in as much pleasure as they want; as long as it is within marriage, but even if it isn’t we may look the other way.
Groups like the CBMW call gay Christians to live chastely but then do not do the same for straight Christians.
But here is the thing. A truly traditional Christian sexual ethic—one that looks not only to the last 100 years, but back to figures like Augustine and Aquinas—calls all Christians to live chastely. It calls me as a single, straight, male Christian to order my sexual desires and drives in a way that honors God and his intention for creation. It does so for my LGBTQ brothers and sisters. And it does so for my straight, married brothers and sisters.
This is because chastity is not simply abstinence. Abstinence is a part of chastity if one is single, but chastity is a larger, more holistic Christian virtue. It is the way one conforms their sexuality to the Christian life. It means that not all sexual behavior is holy or licit, even within a heterosexual marriage. Husbands and wives can still engage in disordered sexual behavior. They can still be unchaste even if they are married.
If the Nashville Statement really wanted to set forth a traditional sexual ethic, then it would not have left this aspect out. And this is precisely because the drafters of the Nashville Statement—the conservative evangelicals of the CBMW—are just as deeply affected by the post-Sexual Revolution zeitgeist as progressive/liberal Christians are. I could delineate this at length, but Matthew Lee Anderson has already done a better job of it:

Evangelicals have not been “holding the line” when it comes to a historic Christian sexual ethic. Evangelicals are thoroughgoing modernists in this regard. If anything it has been our Roman Catholic and Orthodox brethren who have stayed truer to a historic traditional ethic, precisely because it calls all to live holistic chaste lives, regardless of marital status, sexual orientation, etc.
Again, Anderson:

The failure to acknowledge the depth of evangelicalism’s complicity in the “spirit of our age” is interdependent with the [Nashville] statement’s description of the norms to which we are all held. Article 2 affirms that “God’s revealed will for all people is chastity outside marriage and fidelity within marriage.” The denial makes it clear that the statement is focused on who one’s sexual desires and actions are ordered toward, namely, one’s spouse or non-spouse.

Yet God’s revealed will is for chastity within marriage as well. There are more forms of wrongdoing in the sphere of sexuality than directing one’s sexual desire toward a third party. It is possible to reduce a spouse to an instrument of one’s pleasure, or to engage in intrinsically wrong acts together. If the narrow scope of the document’s denials were accompanied by a robust affirmation of the possibility of such wrongdoing within marriage itself, I’d be more sympathetic to it. But it does not. Such an oversight could be justified by appealing to the document’s minimalist approach. But even if that mitigates the problem, the statement still only offers a truncated, narrow form of the virtues in the realm of sex and marriage to which all Christians are called.

In the end then my problem with the Nashville Statement are not that it is too “traditional” when it comes to Christian sexual ethics. It is that it is not traditional enough.

A truly traditional, truly holistic statement on Christian sexuality would not simply stop at “No gay sex.” It would critique far beyond that, addressing the compromised, post-Sexual Revolution ethics of so many American Christians, both conservative and liberal.

I doubt the Nashville Statement will serve to advance the cause of conservative/traditional Christians. If anything, it will simply deepen the trenches of conservative and progressive Christian camps in the current socio-cultural deadlock. In the meantime I’ll end this post with one final quote from Matthew Lee Anderson’s excellent piece on the Statement:

Six years ago, in a (justly) forgotten book, I argued that evangelicalism had tacitly adopted secular practices and habits through inattentiveness to our bodily life. It is not our explicit affirmations and denials that matter, I suggested, but what happens beneath the surfaces and outside the edges of our view. But that means the way to recover a community and a society of people who value the goodness of bodily life in its fullness is not through reducing the chief expressions of our public witness to the last, thin thread of sexual ethics that we can all still agree on. Rather, we must set about rediscovering and reviving the broad and beautiful backdrop of the goodness of mortal flesh, a goodness we have each denied in a thousand different ways. We cannot authentically or authoritatively name and resist the “spirit of our age” until we recognize that before the world made Caitlyn Jenner, we made it. 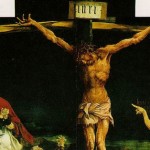 August 17, 2017
It Is Right to Hate Evil: A Reflection on Charlottesville
Next Post

September 19, 2017 What Does the Bible Mean When It Talks About the "Heart?"
Recent Comments
0 | Leave a Comment
Browse Our Archives
get the latest from
Evangelical
Sign up for our newsletter
POPULAR AT PATHEOS Evangelical
1

What the Bible Says about Old...
Cranach
Related posts from The Christian Revolution