David Bentley Hart is one of my favorite living theologians (anyone reading this blog for longer than a month will utter a giant, sarcastic “No really?! I had no idea!!). In my opinion, he is doing groundbreaking work in the fields of philosophical theology and metaphysics. He has recently devoted much of his attention to the realm of consciousness. In his excellent book, The Experience of God: Being, Consciousness, Bliss (I have probably mentioned it about fifty times so far on this blog) Hart addresses many of the metaphysical bases for consciousness and how it cannot simply be reduced to mere brain chemistry or neural activity, as so many modern science popularizers try to do. 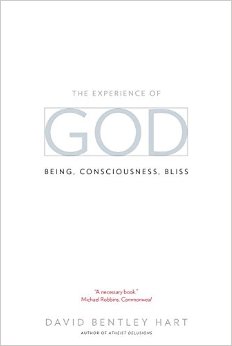 Hart has been expanding such thought recently as a Fellow at the University of Notre Dame’s Institute for Advanced Study. He has given us a further sneak-peek into his research with a recent article over at The New Atlantis journal. In the article, Hart provides a very detailed critique of Daniel Dennett (he of New Atheism fame back in the early 2000s) and his reductionist view of the mind to nothing more than brain chemistry.

In my opinion, the piece is nothing short of fantastic in its scope and detail. Hart pulls no punches when addressing Dennett’s arguments for consciousness as simply a biologically-induced illusion. The article is simply too good and too detailed to do justice to it here. Suffice it to say that Hart leaves very little room for Dennett and other materialists to stand on. If Hart’s arguments are right (and I think that they very much are) then mind is something that is not simply reducible to our brains. Indeed, it is fundamentally of different ontological order; indeed mind is something supra naturum, “beyond nature.”

The article is lengthy and fairly technical, but if you have the time it is well worth it. I’ll leave you all with a few quotes to whet your appetite. Here is Hart critiquing the false, Cartesian division of mind and matter as entities incapable of interacting, thus producing the problem of reductionist physicalism;

Really, in this regard, we have progressed very little since Descartes’s day. The classical problems that mental events pose for physicalism remain as numerous and seemingly insoluble as ever. Before all else, there is the enigma of consciousness itself, and of the qualia (direct subjective impressions, such as color or tone) that inhabit it. There is simply no causal narrative — and probably never can be one — capable of uniting the phenomenologically discontinuous regions of “third-person” electrochemical brain events and “first-person” experiences, nor any imaginable science logically capable of crossing that absolute qualitative chasm.

Similarly, there is the problem of the semantic and syntactic structure of rational thought, whose logically determined sequences seem impossible to reconcile with any supposed sufficiency of the continuous stream of physical causes occurring in the brain. And then there is the issue of abstraction, and its necessary priority over sense experience — the way, for instance, that primordial and irreducible concepts of causality and of discrete forms are required for any understanding of the world of events around us, or the way some concept of resemblance must already be in place before one is able to note likenesses and unlikenesses between things, or even the way in which the bare concepts of Euclidean geometry permit us to recognize their imperfect analogues in nature. And then, also, there are those more than abstract — in fact, transcendental — orientations of the mind, such as goodness or truth or beauty in the abstract, which appear to underlie every employment of thought and will, and yet which correspond to no concrete objects within nature. And so on and so forth.

Really, it would be no less apt to describe the mind as a kind of abacus. In the physical functions of a computer, there is neither a semantics nor a syntax of meaning. There is nothing resembling thought at all. There is no intentionality, or anything remotely analogous to intentionality or even to the illusion of intentionality. There is a binary system of notation that subserves a considerable number of intrinsically mindless functions. And, when computers are in operation, they are guided by the mental intentions of their programmers and users, and they provide an instrumentality by which one intending mind can transcribe meanings into traces, and another can translate those traces into meaning again. But the same is true of books when they are “in operation.” And this is why I spoke above of a “Narcissan fallacy”: computers are such wonderfully complicated and versatile abacuses that our own intentional activity, when reflected in their functions, seems at times to take on the haunting appearance of another autonomous rational intellect, just there on the other side of the screen. It is a bewitching illusion, but an illusion all the same. And this would usually suffice as an objection to any given computational model of mind.

The entire notion of consciousness as an illusion is, of course, rather silly. Dennett has been making the argument for most of his career, and it is just abrasively counterintuitive enough to create the strong suspicion in many that it must be more philosophically cogent than it seems, because surely no one would say such a thing if there were not some subtle and penetrating truth hidden behind its apparent absurdity. But there is none. The simple truth of the matter is that Dennett is a fanatic: He believes so fiercely in the unique authority and absolutely comprehensive competency of the third-person scientific perspective that he is willing to deny not only the analytic authority, but also the actual existence, of the first-person vantage. At the very least, though, he is an intellectually consistent fanatic, inasmuch as he correctly grasps (as many other physical reductionists do not) that consciousness really is irreconcilable with a coherent metaphysical naturalism. Since, however, the position he champions is inherently ridiculous, the only way that he can argue on its behalf is by relentlessly, and in as many ways as possible, changing the subject whenever the obvious objections are raised.

Simply enough, you cannot suffer the illusion that you are conscious because illusions are possible only for conscious minds. This is so incandescently obvious that it is almost embarrassing to have to state it. But this confusion is entirely typical of Dennett’s position. In this book, as he has done repeatedly in previous texts, he mistakes the question of the existence of subjective experience for the entirely irrelevant question of the objective accuracy of subjective perceptions, and whether we need to appeal to third-person observers to confirm our impressions. But, of course, all that matters for this discussion is that we have impressions at all.

Moreover, and perhaps most bizarrely, Dennett thinks that consciousness can be dismissed as an illusion — the fiction of an inner theater, residing in ourselves and in those around us — on the grounds that behind the appearance of conscious states there are an incalculable number of “uncomprehending competences” at work in both the unseen machinery of our brains and the larger social contexts of others’ brains. In other words, because there are many unknown physical concomitants to conscious states, those states do not exist. But, of course, this is the very problem at issue: that the limpid immediacy and incommunicable privacy of consciousness is utterly unlike the composite, objective, material sequences of physical causality in the brain, and seems impossible to explain in terms of that causality — and yet exists nonetheless, and exists more surely than any presumed world “out there.”

I really cannot overstate how great the piece is. If you are at all interested in questions of consciousness or philosophy of mind do yourself a favor and read it. 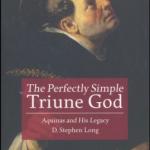 November 4, 2017
Aquinas on the Nonviolent Practicality of the Trinity
Next Post 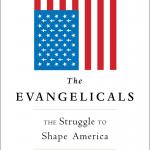 December 15, 2017 American Evangelicals, Inerrancy, and the Quest for Power
Recent Comments
0 | Leave a Comment
Browse Our Archives
Follow Us!

USA as a "Failed Social Experiment"?
Cranach
Related posts from The Christian Revolution