The Literary Genius of Mark’s Gospel (and All of Scripture) 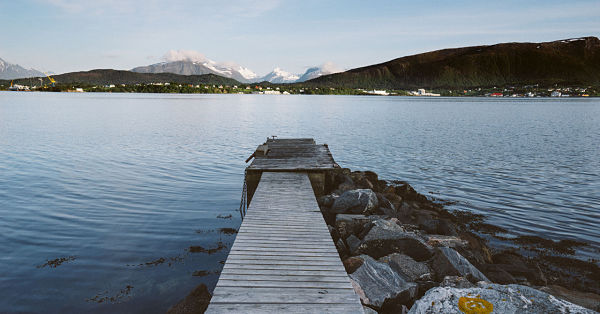 I really love the Gospel According to Mark. It is simple in construction compared to the other Gospels, yet it is also extremely profound within that relative simplicity. I was reminded of this recently in prepping for a Sunday School class that I am currently teaching on the book. I was teaching on what is arguably my favorite pericope in Mark’s Gospel: Jesus’s calming of the storm in Mark 4:35-41.

The literary genius that goes into this short pericope is astonishing. It seamlessly connects Yahweh’s command and calming of chaotic, primordial waters in Genesis 1 (connected with death, chaos, and dark powers in the ancient Jewish mind) and the Psalms (ex., Pss. 65:7, 89:8-9; 107:28-29) with Jesus’s command and calming of death-dealing, chaotic waves on the Sea of Galilee (then followed up by Jesus’s expulsion of demons, healing of a woman with a chronic blood condition, and his resuscitation of Jairus’s daugther in ch. 5). Here we see something extremely powerful that a mere propositional statement cannot convey. It is only be means of depicting Jesus calmly speaking and commanding the sea to be silent (which, in the Greek text, is exactly what happens; Jesus speaks to the sea and tells it to be silent) that the true import of the story comes across. Jesus does what only the Creator God does.

Mark nowhere in his Gospel comes out and says explicitly, “Jesus is the Creator God of Israel incarnate, walking and talking in history.” And this is precisely because literary beauty like that found in Mark 4:35-41 communicates that reality so much more effectively. It is one thing to make a blunt proposition like: “Jesus is God in the flesh.” It is simple and to the point, but it is also fairly lifeless. There is no artistry, no poetry, no real beauty in a such mere proposition. It is true of course, but it lacks beauty and enacted goodness, the other two of the three transcendental qualities of God. While it is one thing to use a short, blunt proposition, it is another thing entirely—and indeed, in a far more convincing and beautiful manner—to place the question of “Who then is this, that even the wind and the sea obey him?” at the end of the story and thus force the reader to supply the obvious, and yet startling, answer: Jesus is, in some strange, mysterious, and beautiful way, the very One Who calmed the chaotic, primordial waters in Genesis 1, who looked at the world that was tohu va vohu, “wild and waste,” and brought life and order where there was previously only disorder.

And it is this same Jesus—this same God-Man—who comes to rescue his creation from the disorder and chaos of Sin, Death, and evil. The Creator God is the Rescuing God, and the Rescuing God is the Creator God. The intertextual, literary skill on display here is absolutely beautiful. Mark’s Gospel was constructed by a Spirit-inspired, literary genius. The same goes for the whole of the Hebrew Bible and the New Testament. Not only is the story that Scripture conveys true and good, it is also very beautiful.

Anyway, those are some of by brief thoughts on Mark’s Gospel. 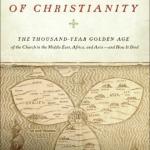 July 8, 2018
The Vibrant World of Ancient Eastern Christianity
Next Post 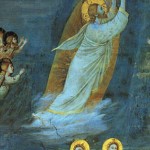 August 3, 2018 The Resurrection of the Body: Spiritual? Physical? Both, Actually.
Recent Comments
0 | Leave a Comment
Browse Our Archives
Follow Us!

People Are Excited about a New...
Ponder Anew
Related posts from The Christian Revolution