Fighting The Urge To Punch – Obama and The Al Smith Dinner …

… Look, I loathe Obama as much as the next guy. I think he’s a baby hating, Kenya born, secret Muslim who holds our country in contempt. Oh, and Michelle is his “beard”. Every dispicable opinion you can have of the man I hold. I’ve compared him to Hilter and Herod and if he invited me to dinner I would decline for fear of how I’d react if I got within arm’s reach. No, I would never do grievous bodily harm to another human being but some smug mugs are just begging for a good slap. No sin in that. 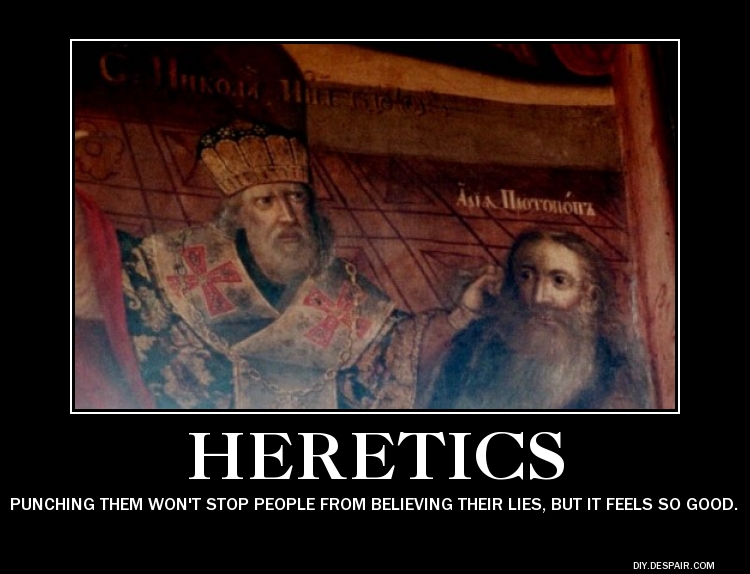 My human failings cause me to lose all charity when I think about Obama. I guess that makes me no better than rabid, raving liberals. I know that and I don’t deny it. I’m my own worst obstacle in the path to piety.

So the whole Dolan-Al-Smith-Dinner thing has really been a test for me. On the one hand, I am as confounded as the next, mainly because I can’t imagine anyone ever wanting to actually be in the same room with Obama. It’s not like he’d be good dinner conversation; he can’t hear anything over his own hubris. Personally, I’d rather dine with his more witty and likable teleprompter. There’s that and the whole embodiment of evil vibe he’s got going on. I can imagine only one other scenario slightly more uncomfortable. 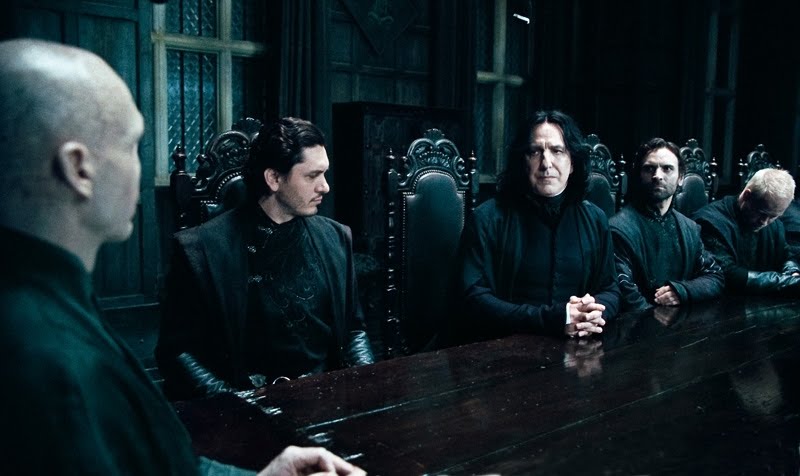 Believe me, I understand the hurt and confusion this has caused many. For that reason alone I think the dinner is a very bad idea. Personally, I wish the invitation had never been extended and if Cardinal Dolan rescinds the invite you’ll hear no objection from me. What I don’t like is how it’s bred division and confusion among us. I’m with many who are asking “what the hell”! After the HHS mandate and Obama’s deliberate disregard for our beliefs and his blatant contempt for the Church you’re going to shake his hand and have a steak with the most villainous anti-Catholic, anti-Life president in our country’s history?!?

So, yes. I understand and sympathize with all the anger and frustration. I feel it too.

But then there’s the other hand; the other hand that keeps me from holding on to the anger and letting my righteous indignation spiral out of control. This other hand reminds me of what I know of Cardinal Dolan; his orthodoxy, zeal for Catholicism, good humor, kindness and charity. It doesn’t make sense when I take that into consideration. When I don’t understand something my only recourse is to trust. I must trust Cardinal Dolan with respect to his office. I must acknowledge that to publicly besmirch a Cardinal of the Church on the internet is also a major source of discord and as equally scandalous. I hate scandal. To call his actions into question, even after he’s made a statement clarifying his thinking, continues to cause confusion and hurt in the Catholic community.

Let Dolan be Dolan! He’s good at it. There are lots of ways of being like Christ. One of them is to trust people whose authority is legitimate… I’ll tell you one thing: it’s not Christlike to spend our days hunting around for the ways that other people fall short of [our] idea of what God wants from them.

Being a member of the laity does, at times, make one feel helpless; helpless to watch men do to our Church idiotic things we don’t understand. That’s why we must do as we are asked, and Cardinal Dolan has asked for our prayers. If you find yourself ever wondering what on earth to do, the answer is always the same and plainly simple… PRAY. Fervently pray.

August 16, 2012 In case you were dying to know how the LCWR went...
Recent Comments
0 | Leave a Comment
Browse Our Archives
get the latest from
Catholic
Sign up for our newsletter
POPULAR AT PATHEOS Catholic
1

A Virus of a Film: A...
Steel Magnificat
Related posts from The Crescat 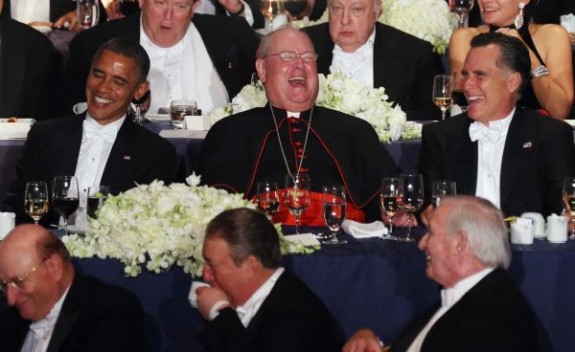 Catholic
How the Al Smith Dinner played out...
The Crescat 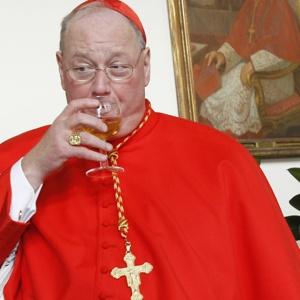 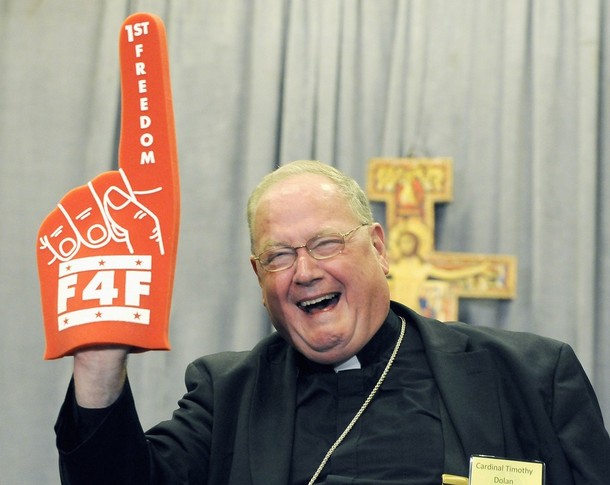 Catholic
they see me Dolan...
The Crescat
TRENDING AT PATHEOS Catholic