Ruby Red Slippers, The Story of The Popes Shoes…

… They are not a fashion statement. And no, they’re not Prada either. What have I said repeatedly about the Church… everything is done for a reason. In 2007 Esquire, being secular stupid, dubbed Pope Benedict “Accessorizer of The Year” for his ruby red slippers, thinking them just another fashionable style signature – like a tie clip or pocket square. As if. 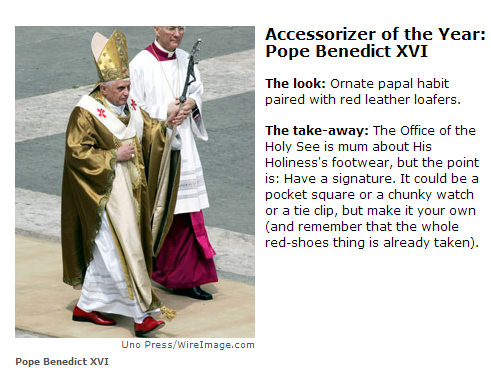 So what’s the real story behind the shoes that have inspired so much curiosity? 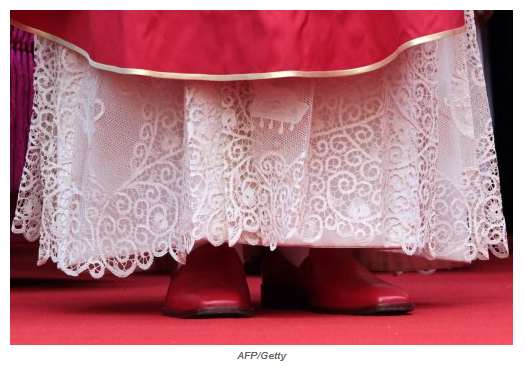 They are not Prada. The papal shoemaker is local Italian cobbler, Adriano Stefanelli. Judy Keane, at Catholic Exchange, writes of the shoe maker;

…a Novara based Italian shoemaker who, out of love for his church, reportedly made a pair of shoes for Blessed Pope John Paul II as a gift in 2002. After being deeply moved by the Popes declining health, Adriano Stefanelli, wondered how he could help alleviate some of the Holy Father’s suffering. “Since I can make shoes, I thought that the only thing I could do was to make a pair for him.” The Catholic cobbler continued making shoes throughout the papacy of Pope Benedict XVI and is now known as the official Papal shoemaker. 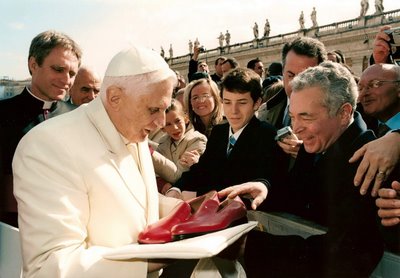 If they aren’t a fashion statement then what are they? Personally I always thought the tradition had something to do with Constantine and his red shoes. I’ve also heard it had to do with the blood of the martyrs, so traditionally, the custom has been around for a very very long time. Centuries, in fact. It has absolutely nothing to do with looking snazzy nor is it something Benedict just brought into “fashion”.

From the same article by Judy Keane;

The wearing of red papal shoes (then “sandals”) dates back to the earliest times of the Church. However, in 1566 St. Pope Pius V, a White Dominican, decided to change the papal vestments from red to white leaving only the Pope’s cappello (a wide circular brimmed hat), cape and shoes the color red.

Throughout Church history, the color red has been deliberately chosen to represent the blood of Catholic martyrs spilt through the centuries following in the footsteps of Christ. The red papal shoes are also linked to Christ’s own bloodied feet as he was prodded, whipped, and pushed along the Via Dolorosa on his way to his crucifixion, culminating in the piercing of his hands and feet on the cross. The red shoes also symbolize the submission of the Pope to the ultimate authority of Jesus Christ. Beyond this, it is said the red papal shoes also signify God’s burning love for humanity as exhibited during Pentecost when red vestments are worn to commemorate the decent of the Holy Spirit upon the apostles as tongues of fire rest upon their heads. [Full article]

Isn’t that beautiful? Inspired, I think I’ll don my own ruby red slippers tomorrow. Too bad I can’t click my heels three times and be magically transported to Rome.

March 11, 2013
Handy Dandy Guide To Get You Through The Conclave...
Next Post

March 12, 2013 An American Pope, blah blah blah...
Recent Comments
0 | Leave a Comment
Browse Our Archives
get the latest from
Catholic
Sign up for our newsletter
POPULAR AT PATHEOS Catholic
1

Dark Devotional: The Rise and Fall...
Sick Pilgrim
Related posts from The Crescat 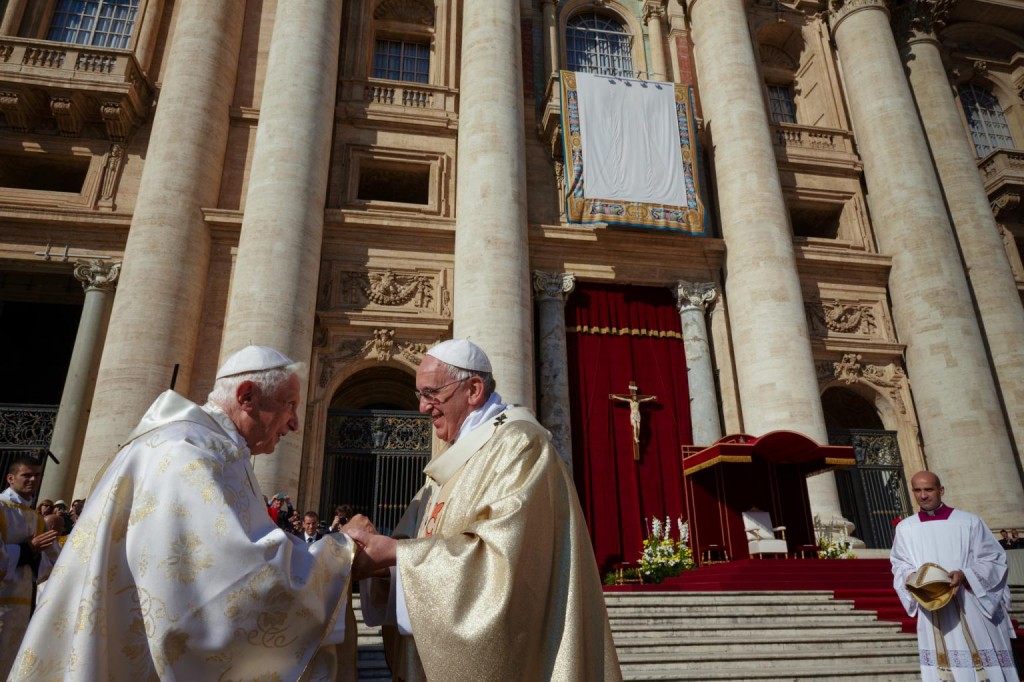 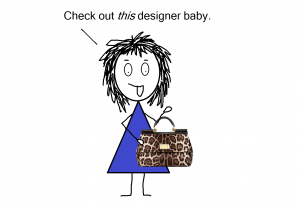 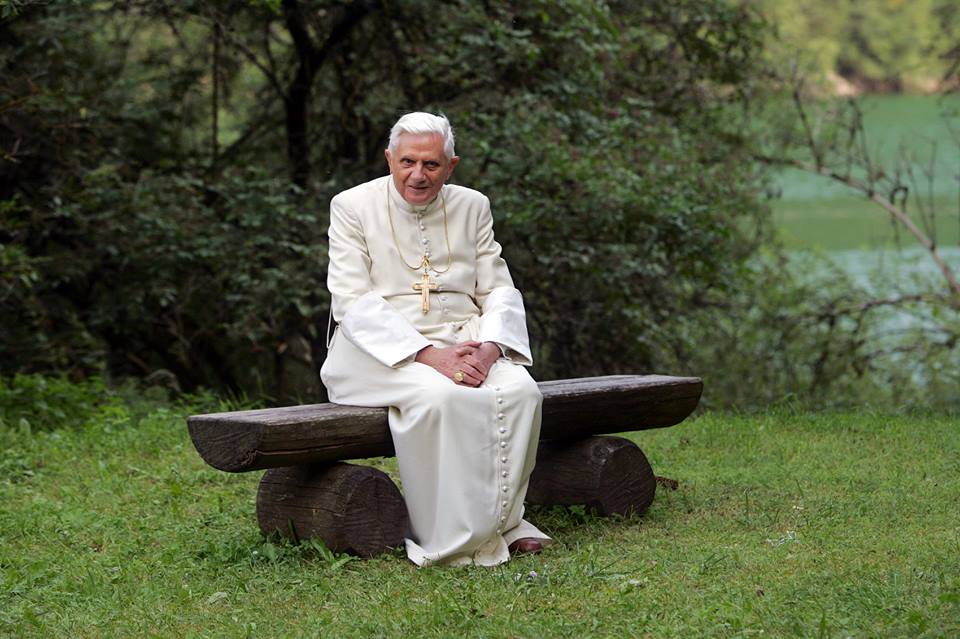