Handy Dandy Guide To Get You Through The Conclave…

Handy Dandy Guide To Get You Through The Conclave… March 11, 2013 Katrina Fernandez

… Tomorrow the conclave begins, in case you hadn’t heard. And so begins Pope Watch 2013. Below is some useful information you may need, and some fun pictures too. If you came looking for papabile gossip you’re at the wrong blog.

Their set schedule will officially begin on Tuesday at 7 a.m. [Rome time], when the cardinals are required to move in to Domus Santae Marthae for the duration of the conclave, and will end until a new Pope is chosen.

After the first vote is taken on Tuesday evening, the first fumata, or smoke, is expected between 7-7:30 p.m [Rome time]. The smoke is widely expected to be black.

After the conclusion of the first day, the cardinals will follow a set schedule each day until the next Pope is chosen. There will be four rounds of voting, twice in the morning and twice in the afternoon. They will break for lunch at 1 and end with dinner at 8 p.m.

Full-day schedule for the Conclave:

After every three full days of voting, the cardinals break for a day of prayer and reflection, then resume for another three days. The first pause will be on Saturday if no pope has been selected before that. Then the schedule resumes as above.

In the event that a Pope is chosen during the first votes of the morning or evening, the smoke would appear at around 10:30 a.m. or 6 p.m. Once white smoke emerges from the chimney, a bell at the St. Peter’s Basilica rings. Within an hour, the man who was selected emerges onto the balcony and his identity is known.

You’ll want to bookmark this page for whenever the white smoke goes up. About 45 minutes after the pope is elected in the Sistine Chapel, Cardinal Jean-Louis Tauran will walk out onto the balcony at St. Peters and say:

“Annuntio vobis gaudium magnum; Habemus Papam.”
(“I announce to you a great joy; We have a Pope.”)

Once he says the new pope’s first name is Latin, scan this list and you’ll be the first to know who was elected.

And the people rejoiced!

Now for the fun stuff to tide you over in the meantime. If you plan on following anything online, follow these three sources because they are sharing some fantastic pictures, all gloriously free of speculation and shameless promotion.

The first is the Swiss Guard’s facebook page. A facebook page, seriously? Yes! Seriously. These guys are taking and posting some wonderfully candid shots of the comings and goings on the Cardinals and sharing other really fascinating images. Stuff you can’t find elsewhere. 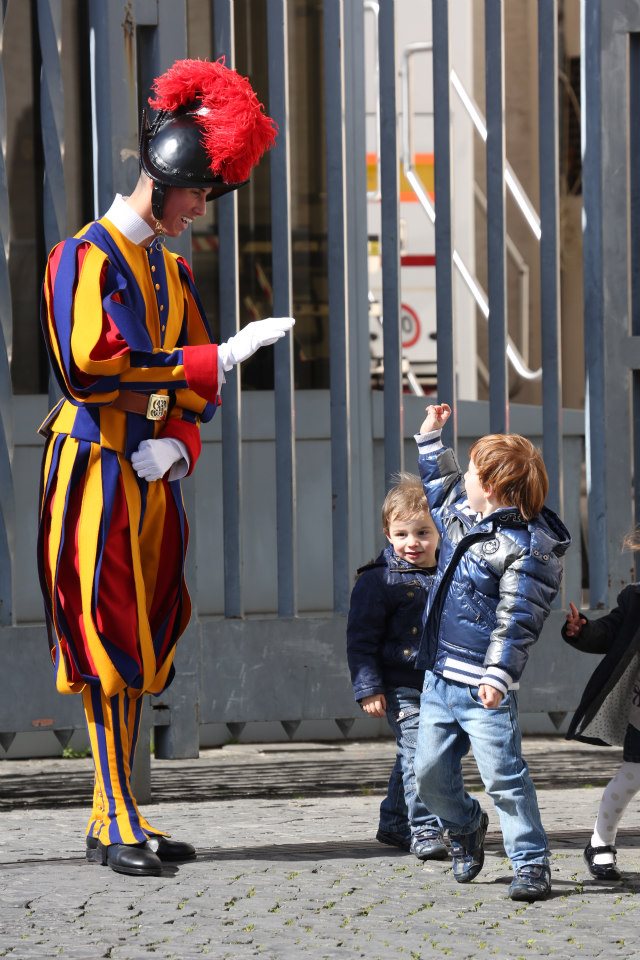 Speaking of facebook pages sharing wonderful photos… the above image comes from the Archdiocese of Boston’s page. Another great one by the Archdiocese is the image below; a bus full o’ American Cardinals. 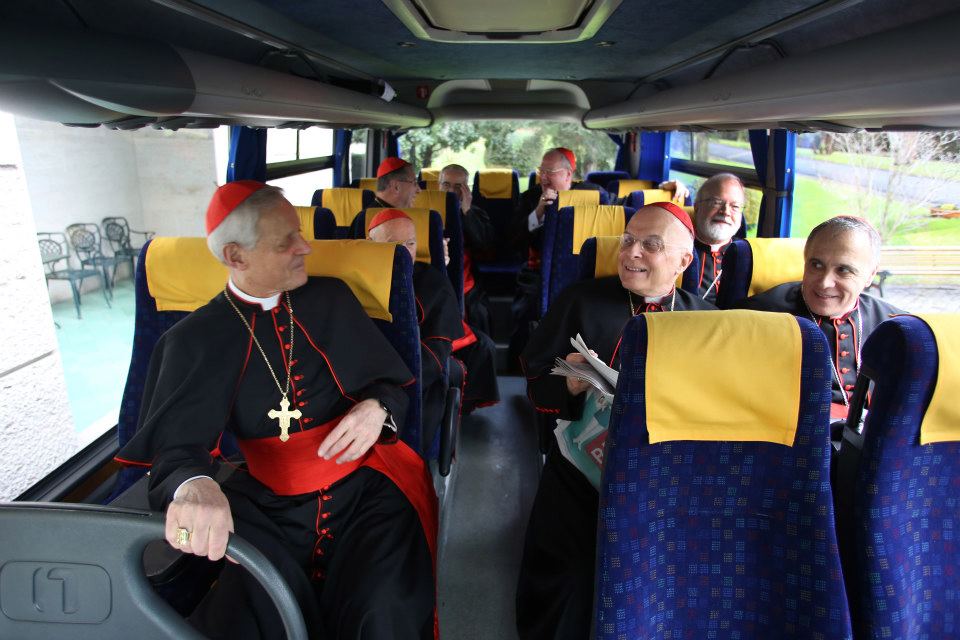 And lastly, I encourage you to also follow Vatican Radio – English Section. In fact the only news-y type news about the Conclave I’ve allowed myself to listen to has been from Vatican Radio and News.Va. Vatican Radio’s facebook page is a real visual treasure, with pictures like the one below. 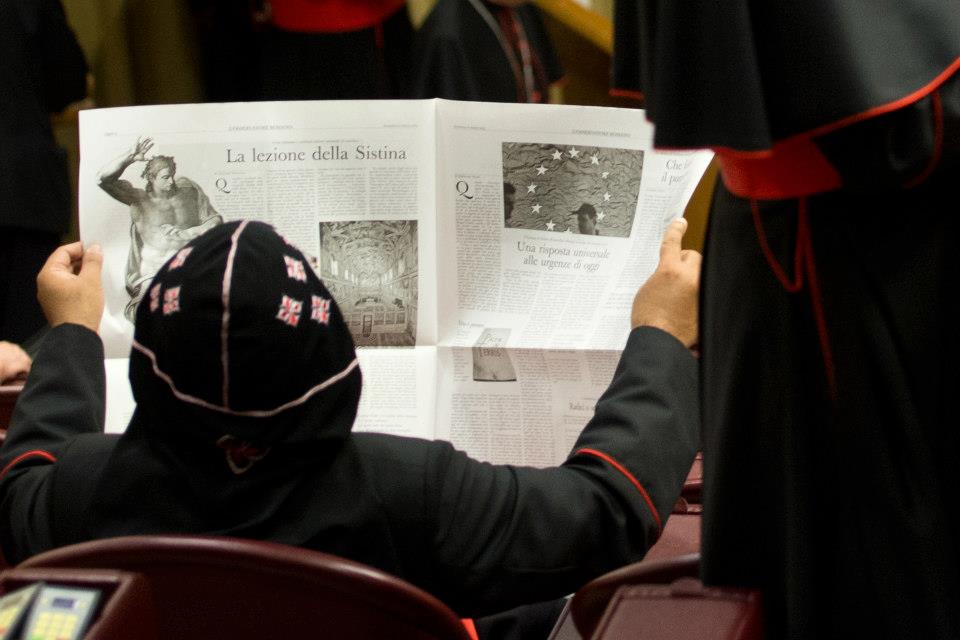 Oh, and there’s one more thing you are going to need, more than anything else, over the next days and possibly weeks. Prayer. 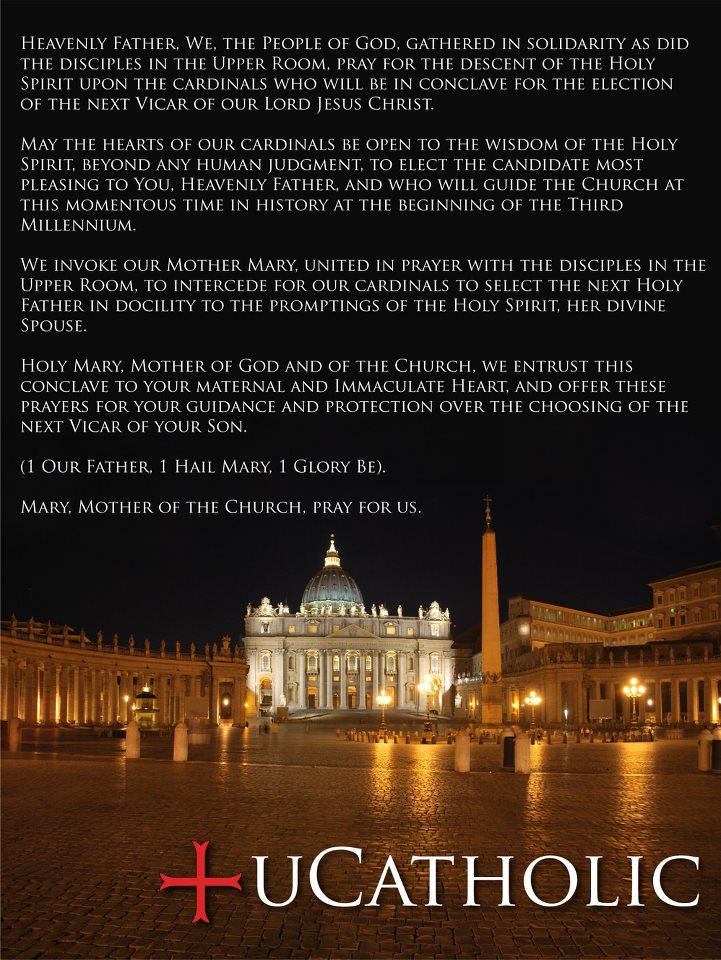 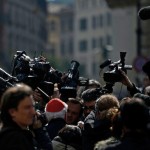 March 9, 2013
Conclave Coverage, The Holy Spirit Is Not Impressed ...
Next Post

March 11, 2013 Ruby Red Slippers, The Story of The Popes Shoes...
Recent Comments
0 | Leave a Comment
"Pithy and so, so, true. If it were possible, I'd post a million of these ..."
Vicky Hernandez #whyIstayed Why Women Stay In Domestically ..."
"All the best to you, Katrina! We'll miss you. Thanks for sharing your journey with ..."
Lori Ten Years is a Long Run…
"Bon voyage on your new endeavours. And thank you."
Cordelia Ten Years is a Long Run…
"I will miss your unique, funny, honest voice. Thank you for all the years of ..."
Jim Vogel Ten Years is a Long Run…
Browse Our Archives
get the latest from
Catholic
Sign up for our newsletter
POPULAR AT PATHEOS Catholic
1 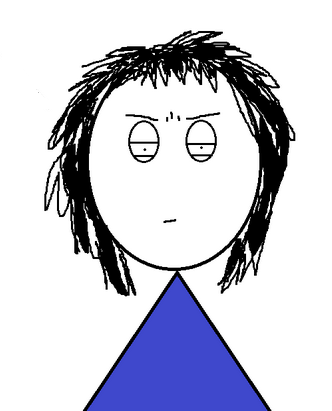 Catholic
Whatsamatta, St. Ann? You got selective hearing?
The Crescat 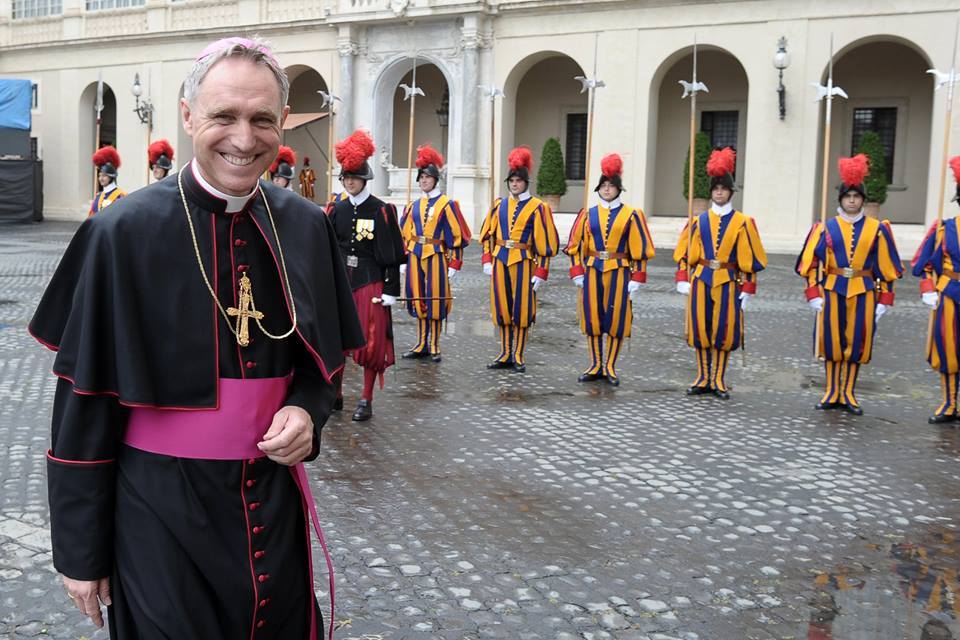 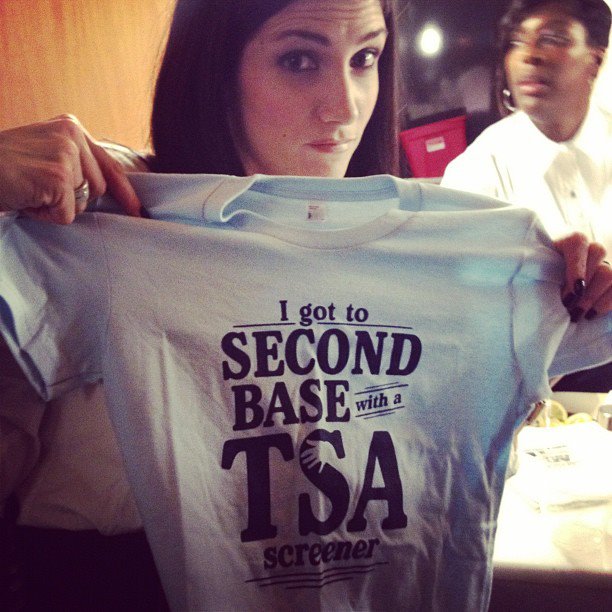 Catholic
I Guess It's Settled. I'm Rome Bound...
The Crescat 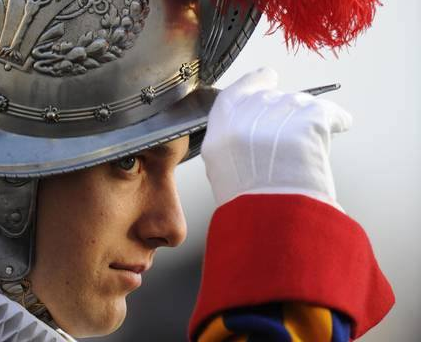