What Did This Pope Really Say – Are Atheists Redeemed By Good Works… May 23, 2013 Katrina Fernandez

… You know what we really need; a blog called What Did This Pope Really Say, manned by top Catholic thinkers – meaning, not me – to counter the secular media’s propensity to skew His Holiness’s words to fit a particular narrative.

The HuffPo headlines screams, Pope Francis Says Atheists Who Do Good Are Redeemed, Not Just Catholics.

The article then goes on to pick, out of context, the juiciest comments…

“The Lord created us in His image and likeness, and we are the image of the Lord, and He does good and all of us have this commandment at heart: do good and do not do evil. All of us. ‘But, Father, this is not Catholic! He cannot do good.’ Yes, he can… “The Lord has redeemed all of us, all of us, with the Blood of Christ: all of us, not just Catholics. Everyone! ‘Father, the atheists?’ Even the atheists. Everyone!”.. We must meet one another doing good. ‘But I don’t believe, Father, I am an atheist!’ But do good: we will meet one another there.” [Full text of homily found here]

So what exactly did this Pope really say? Fr. Longenecker breaks it down.

This might seem on first reading to be teaching just what the Huffington Post proclaims: “Pope says Atheists are Saved by Doing Good Works.”

Unfortunately for those who wish to paint Pope Francis as a lovable liberal, in fact, the Pope is simply affirming certain truths that any somewhat knowledgable Catholic will uphold. First, that Christ died to redeem the whole world. We can distinguish his redemptive work from the acceptance of salvation. He redeemed the whole world. However, many will reject that saving work. In affirming the universality of Christ’s redemptive work we are not universalists. To say that he redeemed the whole world is not to conclude that all will be saved.

Secondly, the Pope is also affirming that all humans are created in God’s image and are therefore created good. Yes, created good, but that goodness is wounded by original sin. Thirdly, he is affirming that all men and women are obliged to pursue what is beautiful, good and true. Natural virtue is possible–even obligatory, but natural virtue on its own is not sufficient for salvation. Grace is necessary to advance beyond natural virtue to bring the soul to salvation. The Pope does not say atheists being good on their own will be saved. He says they, like all men, are redeemed by Christ’s death and their good works are the starting place where we can meet with them–the implication being “meet with them in an encounter that leads eventually to faith in Christ.”

So no, the Pope didn’t say good works will save or redeem atheists. As far as I know, atheists don’t think they are in need of saving or redemption. If they don’t acknowledge a Savior the idea of saving and redeeming good works is pointless.

Clearly the Pope is talking about evangelization. OK, I get it. Fr. L did a superb job with his explanation, but here is the cause of my consternation… what exactly do atheists consider “good works”?

To an atheists, good and bad are morally ambiguous and relative ideas; flexible little things to bend and twist depending on mood and circumstance. To a believer, moral goods are clearly defined in commandants, dogmas, and tenets of faith.

A prime example; an atheist might feel advocating for abortion is “doing good works”.

Don’t get me wrong. I love this pope and his boundless enthusiasm, but sometimes, sometimes I really really miss Benedict. Not that anything he ever said wasn’t misconstrued either. 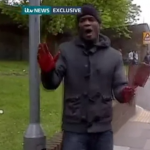 May 22, 2013
Mom Takes On Two Muslim Terrorists Looking to Start a London Riot...
Next Post 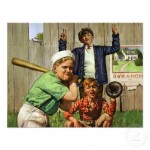 May 25, 2013 Ah. America's Favorite Pastime...
Recent Comments
0 | Leave a Comment
"Pithy and so, so, true. If it were possible, I'd post a million of these ..."
Vicky Hernandez #whyIstayed Why Women Stay In Domestically ..."
"All the best to you, Katrina! We'll miss you. Thanks for sharing your journey with ..."
Lori Ten Years is a Long Run…
"Bon voyage on your new endeavours. And thank you."
Cordelia Ten Years is a Long Run…
"I will miss your unique, funny, honest voice. Thank you for all the years of ..."
Jim Vogel Ten Years is a Long Run…
Browse Our Archives
get the latest from
Catholic
Sign up for our newsletter
POPULAR AT PATHEOS Catholic
1 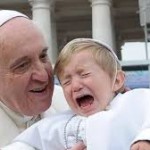