What Is Going On Behind The Scenes At Disney…

What Is Going On Behind The Scenes At Disney… September 1, 2013 Katrina Fernandez

… Here’s my theory, and I have lots of theories. But I can’t help but wonder, what in the world is going on behind the scenes at Disney? The rate in which their child actors spiral out of control is utterly alarming. There is something going on. But what? And how dark?

Of course I have no substantiated proof that it’s anything more than that toxic combination of fame and narcissism, but my gut tells me there is something more. Something possibly darker.

Firstly, I view any organization that has built it’s entire empire off children with suspicion. One thing that bothers me immensely about Disney is it concerted efforts to remove children from the influence of their parents. Look at the programming. Some of the most popular shows on the Disney channel right now involve unsupervised children acting “older than their chronological age” with absentee parents.

Jessie – kids raised my a nanny and a butler.
Ant Farm – takes place in school (convenient) with no teacher supervision, only the occasional appearance of a malevolent principal.
Austin & Alley – kids running around a mall, again unsupervised. Sometimes dad shows up. Most times not.
Shake It Up – I still haven’t figured this show out. Is it about truancy? Skipping school to dance? Huh?
Gravity Fall – kids spending the summer under the sporadic supervision of a con-artist gruncle. Gruncle?

You get the idea. Parents are lame. So lame in fact that they are minor or non-existent characters in the shows.

Now let’s look at the fruit of Disney stardom…

Brittany Spears, Lindsay Lohan, and most recently Miley Cyrus. In my heart of hearts I can’t help but suspect that Disney grooms children for public consumption like a pedophile grooms its victims. Why are so many Disney child actors going off the rails and committing suicide? Starting all the way back from the days of Bobby Driscoll, you can see that working at Disney can be a hazardous profession.

Hollywood in general has long been held under the suspicion of using the practice of the casting couch, yes, even for children. Many actors have come out exposing the practice. Roman Polansky, Cory Haim, Alison Arngrim, Marty Weiss (who actually has connections with Disney), and even Mario Puzo’s fictional character Jack Woltz in the Godfather all point to the very real problem of pedophilia in the entertainment business.

And then there’s Disney, brimming over with a fresh supply on new young talent. Talent that has consistently found itself on self destruct mode. Make of it what you will. Between that and being notorious for including sexual innuendos in their productions, Disney and its influence should be kept as far away from your family as possible.

September 4, 2013 Opportunities for Giving ...
Recent Comments
0 | Leave a Comment
"Pithy and so, so, true. If it were possible, I'd post a million of these ..."
Vicky Hernandez #whyIstayed Why Women Stay In Domestically ..."
"All the best to you, Katrina! We'll miss you. Thanks for sharing your journey with ..."
Lori Ten Years is a Long Run…
"Bon voyage on your new endeavours. And thank you."
Cordelia Ten Years is a Long Run…
"I will miss your unique, funny, honest voice. Thank you for all the years of ..."
Jim Vogel Ten Years is a Long Run…
Browse Our Archives
get the latest from
Catholic
Sign up for our newsletter
POPULAR AT PATHEOS Catholic
1

Father David Morrier Has Been Indicted...
Steel Magnificat
Related posts from The Crescat 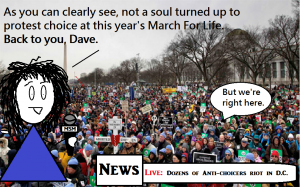 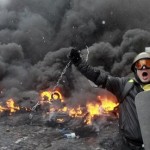 Catholic
This Post Isn't About Miley Cyrus...
The Crescat
TRENDING AT PATHEOS Catholic