… I am so tired of intentional vulgarity disguised as entertainment.

I like graphic novels and comics for the artwork, fantastic stories, and unlikely heroes and villains, but why oh why do they have to contain nudity and sexually explicit content? If I wanted to see people having sex in print format then I’d buy a damn hustler magazine.

I want to read an incredible story illustrated by amazingly talented artists. Don’t tell me you can’t do that without sex and nudity or half naked, big breasted heroines. The same can be said for television and cinema. I can be entertained without seeing a boob or reading about an explicit sexual encounter or rape.

Case in point – I had been really enjoying the space opera Saga, beautifully illustrated by Fiona Staples, up until the point in the story where a character in the series moronically declared “the opposite of war was f*cking.” I just couldn’t continue to have my intelligence insulted anymore.

There was so much to love about the series; the art for starters, followed by the breastfeeding baby wearing heroine Alana, and villainess The Stalk – who is an amazing combination of Venus de Milo and a more believable genetic mutation of human and spider than Spider-Man himself could have ever hoped to be.

The author, Brian K. Vaughan, admits to being heavily influenced by Star Wars… a great story without *SURPRISE* graphic sex. So don’t tell me science fiction without pointless pornography can’t be created.

Proving my point are the widely successful and much loved shows Doctor Who and Firefly.

Look at Amy Pond and Rory Williams as an example. My two favorite companions of the Doctor’s, and oh how they loved each other. There’s was a perfect and pure self sacrificing love. We didn’t need to see them have a steamy leave-nothing-to-the-imagination sex scene to know that those two were deeply devoted to each other. You wanna know if love can be expressed between two people without gratuitous T & A? Watch the episode, The Girl Who Waited.

Firefly was the same. Mal loved his crew like family but he didn’t need to express it be sleeping with everyone on his ship. Although I’m sure he wouldn’t have minded with Inara. But you get my drift.

I know I am using two television shows as an example of great sci-fi storytelling sans graphic nudity to make a point, but that’s only because I literally cannot name a single graphic novel I’ve read in the past five years that didn’t have some kind of unnecessary sexually explicit content in it. I’m just getting really tired of it.

Look, I get this particular genre of story telling is mostly enjoyed by men, so let’s sexy all the chicks, but I refuse to believe that ALL men cannot be fully entertained unless there’s nudity or a little rough sex involved. C’mon comic community, we can do better!

Also, maybe a female character whose breasts are in proportion with the rest of her body. Pretty please. Thank you.

File Under: Girls read comics too.

August 22, 2015 Chances Are If He Is Not Asking You Out Right Away, He Never Planned To...
Recent Comments
0 | Leave a Comment
"Pithy and so, so, true. If it were possible, I'd post a million of these ..."
Vicky Hernandez #whyIstayed Why Women Stay In Domestically ..."
"All the best to you, Katrina! We'll miss you. Thanks for sharing your journey with ..."
Lori Ten Years is a Long Run…
"Bon voyage on your new endeavours. And thank you."
Cordelia Ten Years is a Long Run…
"I will miss your unique, funny, honest voice. Thank you for all the years of ..."
Jim Vogel Ten Years is a Long Run…
Browse Our Archives
Related posts from The Crescat 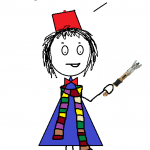 Catholic
Would it hurry up and Sept 19th already...
The Crescat 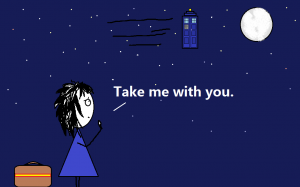 Catholic
Coping With Stress...
The Crescat 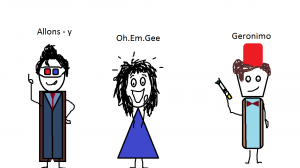 Catholic
I Regret Nothing...
The Crescat 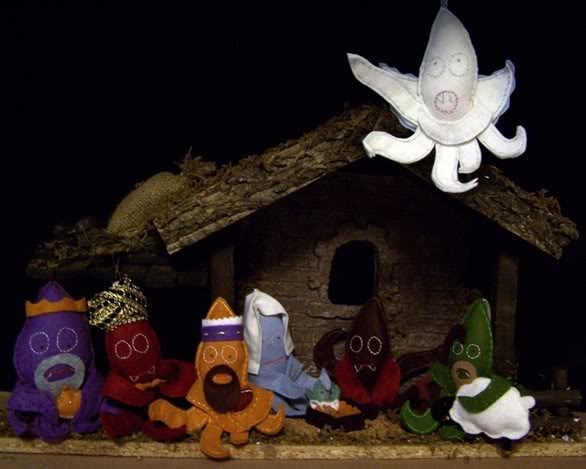