Today on the memorial of September 11, 2022 many Americans (as well as others) reflect upon a major tragedy that took the lives of many, and provoked a major paradigm shift with respect to U.S. foreign policy.  The ripples of that horrible day still affect countless individuals, as well as the world as a whole.  The purpose of this article is to shed some light on the “why”, to explore some of the religious rhetoric leading up to that day from those responsible for the attack, and to see the effect of a remark made in the aftermath by then President George W. Bush.  The intent is to provide information, not to make moral judgments.

A Primer on Jihad

In the broadest sense, the word itself simply means “to strive”[1], and Islamic scholars posit two senses in which this struggle may occur.  The first, often referred to as the “greater jihad” simply refers to the individual Muslim’s interior struggle over their own faults.[2]  Alternatively, it can refer the Islamic conception of a religious war, otherwise known as the “lesser jihad”.  It is the latter which the non-Muslim typically envisions when the word is invoked.

Medieval Islam traditionally separated the world into two spheres: the Dar al-Islam (the House of Islam) and the Dar al-Harb (House of War).  The former consisted of those territories under Islamic rule, while the latter referred to those not subject to a Muslim polity.  Assuming the existence of a Caliph, it was the duty of the Muslim world (not that of individual Muslims) to expand the Dar al-Islam until it inhabited the entire known world.  This has been termed as the “offensive jihad”, and the goal was to have every nation and every people subject to Islamic rule.  That is not to say that those who inhabited the Dar al-Islam would be forced to convert to Islam; on the contrary Islamic law (shari’a) carves out an inferior yet protected status for “People of the Book”, namely Jews and Christians.  These non-Muslim dhimmis – which later came to include Zoroastrians and Hindus – were allowed to keep their respective religions (with some limitations) in exchange for payment of a poll tax (jizya).  In any event, this offensive and expansive jihad could only be authorized by a Caliph. Alternatively, “defensive jihad” was the duty of every individual Muslim to engage in.  Since it was defensive in nature, it did not need the authorization of the Caliph.

Jumping forward to the modern era, the concept of the Dar al-Harb has largely become obsolete.[3]  Moreover, following the schema of Rudolph Peters, the relatively unified view of jihad in the classical period eventually bifurcated into the two opposing camps that exist today; the modernist and fundamentalist notions of jihad.  While the “modernists” tend to view jihad in strictly defensive terms, the “fundamentalists” still accept the possibility of an offensive religious war.  The claims of the Islamic State (which did not even exist in 2001) notwithstanding, most from the “fundamentalist” camp recognize that the last Islamic Caliphate to exist was that of the Ottoman Empire, and it was abolished in 1924.  As such, any notion of an offensive jihad remains in the realm of the hypothetical since there is no Caliph who can authorize it.  For those “fundamentalists” who attacked the World Trade Center and Pentagon, they believed they were engaged in a defensive jihad.  But how could this be?

As Peters explains, the arrival of U.S. forces in the Arabian Peninsula following the American occupation of Kuwait in 1990 divided the Muslim world. One noteworthy critic was Usama bin Laden, who in 1996 issued a declaration of war against the U.S., and later in 1998, was one of five fundamentalist signatories on a fatwa published on February 23.[4]

In this document, three justifications are given for prosecuting the jihad.  First, the occupation of the Peninsula and its use as a base from which to launch operations into Islamic controlled Iraq; second, [alleged] devastation and massacres on Iraqis perpetrated “by the crusader-Zionist alliance”, and the intent to “annihilate what is left of this people and to humiliate their Muslim neighbors”; and “third, if the Americans’ aims behind these wars are religious and economic, the aim is also to serve the Jews’ petty state and divert attention from its occupation of Jerusalem and the murder of Muslims there”.  This then was the Gulf War as seen through the lens of Islamic extremists, or at the very least how they wished to portray it to the ummah (the Islamic community).  “On that basis, and in compliance with God’s order”, the document continues, “we issue the following fatwa to all Muslims: Killing Americans and their allies–civilians and military–is an individual duty for every Muslim who is capable of it and in every country in which it is possible to do so.  This will continue until al-Aqṣā Mosque and the Holy Mosque [in Mecca] have been liberated from their grip, and their armies have moved out of all the lands of Islam, being defeated and unable to threaten any Muslim.”[5]

As Peters indicates, “this fatwa heralded an intensification of the attacks on American targets, such as the bomb attacks on the U.S. embassies in Dar es Salaam and Nairobi (August 7, 1998), on the USS Cole in the harbour of Aden (October 5, 2000), and finally, on September 11, the attacks on the World Trade Center in New York and the Pentagon in Washington, D.C.”  He goes on to explain how the majority of Muslim scholars opposed the attacks, especially on the grounds that civilians were targeted, and how the various objections were countered by a minority of extremists.[6]

In the fatwa of February 23, 1998, it is hard to miss the religious motivation attributed to the military actions of the United States.  Besides references to “the crusader legions”, and “the crusader-Zionist alliance”, the author explicitly suggests that “the Americans’ aims behind these wars are religious and economic”.[7]  While there may or may not have been religious motives for individual troops, it would be a hard case to make that America entered the First Gulf War for religious reasons.  Nevertheless, it was perceived and/or propagandized by the author as such.  Unfortunately, a gaffe made by President George W. Bush on September 16, 2001 played right into this mischaracterization.  Speaking to reporters that day, he stated that “this crusade, this war on terrorism is going to take a while”.  Reacting to the international Muslim backlash, then White House Press Secretary Ari Fleischer tried to walk the comment back two days later, but it was too little too late.  By October, Osama bin Laden had seized on Bush’s mistake to rally the Muslim world “to unite in the face of the Christian Crusade”.[8]  Colloquial usage and propaganda aside, the Global War on Terror was most assuredly not a “crusade”.

[4] The information above has been taken from Rudolph Peters, Jihad in Classical and Modern Islam (Princeton: Markus Wiener Publishers, 2008), pp. 174-175. 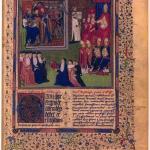 September 4, 2022
The Origins of the Denial of Peter’s Roman Sojourn
Next Post

Catholic
Patriarch Kirill and the Idea of Combatants as...
The Crossroads

Catholic
Political Polarization at the Dawn of the Spanish...
The Crossroads 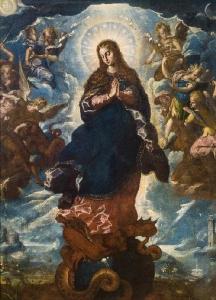 Catholic
Sahih Muslim and the Immaculate Conception
The Crossroads