Origen of Alexandria and the Gift of Scripture

“Origen is the whetstone of us all.” —Gregory of Nazianzus

Controversy always followed Origen (d. 253), from his youth to theological classrooms 1800 years later. One story (likely false), that as a young man drawn to extreme versions of asceticism he castrated himself, plagued him later in life. A conflict with the bishop got him exiled from Alexandria. His method of exegesis and especially the theological structure that supported it continue to puzzle scholars.

And yet, for all that, his writings have never stopped challenging and delighting readers. Gregory of Nazianzus, the key architect of the Nicene Creed a century later, called him “the whetstone” of all theologians. That, I think, is the perfect metaphor. We come away from Origen sharper, with a new sense of purpose. We’re like a kitchen knife that has just discovered what it can do.

What the Bible is, for Origen

He wrote his theology in the heart of two cities alive with public theology. Alexandria and Ceasara Philippi were centers of economic exchange as well as the exchange of ideas. Jews, Christians and Pagans took each other on in oral and written arguments that showed mutual respect even in their intensity.

In his debate with Celsus, toward the end of his life, he listened to the Pagan philosopher challenge Jews and Christians about disagreements over scripture. Jews have a text full of contradictions, errors, exaggerations, and bad poetry, Celsus said. For instance: God created the man on the sixth day, says Genesis 1. God made the man first, then planted him a garden, says Genesis 2.

But then it gets worse, Celsus said. Christians take that incoherent text and tell us that it’s actually the story of a poor child born 200 years ago.

Origen listened to all that, and basically agreed.

Unlike the Odyssey or the dialogues of Plato, the Bible is not a unified text written by a brilliant human. It was written by disparate authors, of differing intelligences, who never knew one another. It is indeed full of “mistakes,” contradictions, and unglamorous stories. And that, Origen says, is the point. God gives us the Bible not to impress us with God’s literary brilliance. Rather, the Bible is the gift that meets us in our contradictory humanness, and invites us on a journey toward godlikeness.

A contraction, like in the two Genesis creation accounts, Origen says, is God’s way of tripping us up. When you stumble on a walk in the woods, you most likely look back to see what root or rock got in your way. Here a literal reading of Genesis is the protruding root. But the point of the text is not to tell us a literal truth. It’s to invite us to become like God.

So Origen says we need to turn and look and ask what that text wants from us. It may be challenging the morality with which we interact with the world. In this case: the world of plants and animals is a gift to me (Gen 2), but it also came before me (Gen 1). That little stumble might make me second guess my ownership of a piece of land or the nonhuman creatures on it. It is a gift that never is fully given. It stays “gifty.”

The stumble may, at a deeper level yet, challenge me to contemplate the invitation of God to my spirit. Origen loved the language of Romans 8, where God’s Holy Spirit is constantly in dialogue with something mystical and powerful in us. Here I might ask what happens in me when I read the “contradictory” story of a God who put me in garden that God had already prepared, and yet also built a garden once I was full of breath.

That little “error” fills me with wonder at the love of a God who has been forming a home for me since/before I first came into being.

It also reminds me of the story of the Incarnation, the Son born “in the last days,” who was also the form in which all things hold together. Like Eden, Jesus is the perfection that comes before and after making of humans. Every passage of scripture reminded Origen of the Incarnation. Once you’ve read the gospel, he says, everything becomes gospel.

Origen and the Gift of Scripture

In my current favorite passage from Origen, he retells the caricature Celsus makes of the virgin birth. Mary, Celsus says, was actually a poor child who worked at a spinning wheel. Joseph was a failed magician (what??) who accused her of adultery, perhaps accurately, and threw her out. Mary wandered the countryside alone, gave birth, and then made up the story of the angel to hide the embarrassment of it all.

Origen’s response? He doesn’t bother correcting the story. He simply challenges the implied conclusion that such a history is unworthy of belief. “In my judgment . . . all these things are in harmony with the fact that Jesus was worthy of the proclamation that he is the son of God.”

The literal story, for Origen, is never the point. The point rather, is that God loves us, and shows us this love over and over in scripture. A God who is great enough to love humbly is far more worthy of praise, Origen says, than a god who must protect his/her own dignity.

We could say the same for his entire reading of the Bible. Theosis—sharing in God’s nature— is the divine purpose that underscores every word. A God who trips us up with bad poetry and literal contradictions is a God whose academic reputation is not at risk. This is what Celsus didn’t get. When you are God, you don’t write like Plato and Homer. When God writes, every word is a humble gift of invitation. “Come and dwell in the garden I have already/not yet made for you.”

January 19, 2022
Irenaeus and the Slow Love of God
Next Post

January 26, 2022 Athanasius and the Intimacy within God
Browse Our Archives
Related posts from The Diagonal Way 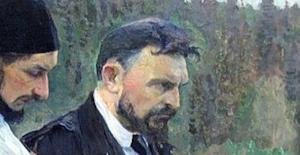 General Christian
Denys and the Unknown God
The Diagonal Way 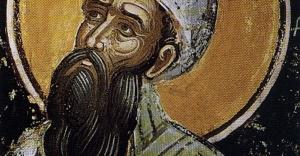