Guest Post: A Letter from a TLM Catholic Who Stands with BLM

Guest Post: A Letter from a TLM Catholic Who Stands with BLM August 24, 2020 Elias Crim

The author of this guest post, Jacob Robbins (a nom de plume), is the son of German farmers and Ukrainian immigrants, and a night shift janitor and college drop out with a BA in Psychology who spends his off-time organizing action in local politics and evangelizing the working class.

We at Solidarity Hall are interested observers of these movements, here offering a participant perspective. Identifying details in this post have been omitted or altered by the author for the protection of individuals mentioned or quoted.

After celebrating the feast of the Sacred Heart on Juneteenth, a TLM priest wrote on Twitter, “I chant ‘Sicut cervus’ and ‘black lives matter’ with the same thirst.” Clergy who speak with this zeal for Catholic Social Teaching often face wrath or confusion from their parishioners. So that you might answer Catholic Social Action’s recent traditionalist petition to march on Washington by joining us in the streets with a clear conscience, this is my testimony as a TLM Catholic involved in the March.

First, a brief autobiography. For eight generations my family has lived around our city, which boasts large immigrant and minority populations, especially Latinos. I became a baptized Catholic and TLM attendee after studying at a great books college in 2013. I began involvement with pro-life, gun-rights and cop-watch groups in high school. In the wake of Michael Brown’s death, local libertarian watchdogs introduced me to Black Lives Matter.

To debunk the narrative about BLM, I asked several traditional clergy which of four perceptions most concerned them: that it’s a) Marxist, b) anti-religious, c) anti-family, or d) monolithic. Let me sketch the local Black Lives Matter movement and my experiences with them, so that you may judge rightly (John 7:24).

The most prominent of activists, Carlos, is the most connected to an official Black Lives Matter organization. A Catholic Dominican who starts his protests in prayer, he became a man in the Bronx during Stop-and-Frisk. Of the four groups organizing protests, his is the most amenable to law enforcement; he keeps police informed, protesters peaceful, and people safe. He’s the most connected with out-of-state groups, especially those around NYC. While he knows of the three women who started the ‘BLM organization website,’ neither he or his contacts know, care about, or speak to them, with one exception who considers them grifters. He’s baffled by the accusation of Marxism: “I don’t need that to tell me I shouldn’t have to pray every time I go for a run. This is America.”

Watch Dog’s leadership includes two Calvinist friends, a musician and seminarian, that I evangelized with on pub crawls. It’s a racially diverse crew of libertarians and 2nd Amendment conservatives. Good guys, but they’re the most belligerent of the protesters, always insisting on being armed.

The third is run from a church by a black Methodist preacher supported by local Episcopalians and Mennonites. While his support is liberal, he’s quite conservative.

The fourth was just started by four kids (one Catholic) inspired by protests the first weekend. Organizing the suburbs to maintain awareness, Dream, the most progressive of the four groups, is spearheaded by a black teenager and aspiring civil rights lawyer from my hometown. Though she may self-style as a Marxist, it’s hardly serious. She’s just a kid who likes the novel Invisible Man and got radicalized by her own experiences at school — a school whose racism I know well. She enthusiastically paraphrases her favorite black artist, “We fear God. That’s why we seek justice, not revenge. Love, not hate.”

The support groups tend toward the “liberal” end, but they aren’t very ideological about it. The main organization is Take A Stand, which facilitates chatter between local groups. It has the most statewide contact, and trains activists from our communities for leadership roles. Of the six in training, none are Marxists, two are pro-life TLM Catholics. The main contacts they provide protesters are a collective of lawyers that help pro bono on arrests, bail and court, and Safety First, which educates locals on justice issues, collects supplies for peaceful events, and advises protesters on effective methods.

The Stoop Kids are a safety group from the city started as a neighborhood watch. Recently, they’ve organized Defund the Police rallies to redistribute money for community-led solutions where affected families have a voice.

No More Apologies and Abolish Injustice are two organizations that long predate Black Lives Matter. The former, started by four women (one Catholic), centers around prison reform and inmate families. The latter, a social justice group inspired by our city’s deep abolitionist history, includes involvement from nuns I’ve worked with on environmental issues. Jamie Lopez, a Catholic mother who promotes pro-children activism and family-friendly protest, sustains a charity with their help to alleviate the material and social needs of poor, young or single mothers in the city, recently paying rent for a struggling Haitian Catholic widow with eight kids.

All of these groups consider themselves part of Black Lives Matter. There are a lot of strong personalities who disagree on values, methods, and policy aims. Carlos mediates this well for organizing big events with a focused cause. But no one takes marching orders from some “BLM Central.” That’s just not how justice activism works.

Blessed to work the graveyard shift, my days are free for justice. Most rallies I’ve attended start with prayer, or even a sermon. Carlos’ favorite method of protest is to block traffic on our streets by collectively kneeling in silent prayer for 8 minutes 46 seconds — the time George Floyd had a boot on his neck. We quickly discovered that suburbia gets enraged about public prayer when it’s inconvenient. Several cars tried to run us over, and once I had to interrupt my rosary to dodge a motorcyclist. We chant “No Justice, No Peace,” not only because justice is necessary for true peace, but also because a country where motorists can take deadly passes at praying people in full view of police without any consequences cannot rightly be said to possess either.

A decade ago as an atheist libertarian, with secularist and socialist friends at my side, I began marching with you for the unborn. Today as a Catholic traditionalist I march with those same friends for other lives threatened by inconvenience. Just as in the Civil Rights movement, the black organizers today thank the white protesters as brothers at their side.

Martin Luther King Jr. was called a Marxist too, but his cause was just and our nation now hails him a hero. Many Catholics stood with him. We shouldn’t be afraid to march now with the inheritors of his dream. Should the errors of others cease our tongues from cries of justice, slow our hands in raising up the lowly, or turn our feet from the righteous path? As for me and my house, we depart Latin mass on Sundays to march for black lives, evangelizing the streets with the Te Deum on our lips and the Magnificat in our hearts. We pray that you’ll join us. 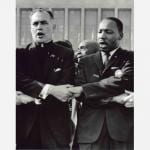 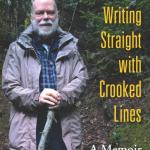 September 7, 2020 A Beautiful Memoir of Waging Peace
Recent Comments
0 | Leave a Comment
"The silence and clean air are pleasant reminders of what we have lost..Press the reset ..."
Ron Krumpos How to Understand the Great Silence ..."
"Thankfully your generation will die soon"
Rainbow Warrior Where Are the Churches?
"Then, how come the ones that speak up, all condemn facemasks and receiving communion by ..."
Daddy Sockdragger Where Are the Churches?
"Baby boomer Catholics like me just wish black people would go away"
RPlavo . Where Are the Churches?
Browse Our Archives
get the latest from
Catholic
Sign up for our newsletter
POPULAR AT PATHEOS Catholic
1