UPDATE: With thanks to my Patheos pal, Deacon Greg Kandra, who points out that Patti sang at the Vatican Christmas concert LAST YEAR as well. See her beautiful rendition of “O Holy Night” below, and click here for more details.

The Holy See announced this week that The Godmother of Punk Rock — the inimitable Patti Smith — will perform at the Concerto di Natale, the official Vatican Christmas Concert, on December 13 in Rome’s Auditorium Conciliazione not far from St. Peter’s Basilica.

The Christmas concert has been an official Vatican event since 1993 and was, until 2005, held in the Pope Paul VI audience hall at the Vatican. From its inception, the concert has featured an eclectic mix of musicians and styles. The performers visit with the pope before the concert and, according to the concert website, in 1997 American blues legend BB King gave the Pope John Paul II his guitar, while in 2004 Mick Hucknall (lead singer of Simply Red), presented the pontiff with a bottle of the wine from his farm in Sicily. Past Christmas concert musical guests have included Sarah McLachlan, Enya, Miriam Makeba, John Denver, Andrea Bocelli, Dionne Warwick, The Corrs, Charlotte Church, Terence Trent d’Arby, Gino Vanelli, Josh Groban, the Gipsy Kings, Loreena McKennitt, Bryan Ferry, Annie Lennox, and Frank Sinatra.

Smith is not Catholic (in fact, her mother was a Jehovah’s Witness) but she long has been engaged in spiritual exploration, including an interest in Tibetan Buddhism and, for a time, a period of “Catholic lust,” perhaps inspired by the late artist Robert Mappelthorpe —her one-time lover and life-long soul mate who was reared a devout Roman Catholic.

In April 2013, while she was in Rome for a series of concerts, Smith met Pope Francis and shook his hand during his weekly audience in St. Peter’s Square.

In her cover of the Northern Irish band Them’s song “Gloria” from her debut album Horses (which she famously performed on Saturday Night Live just after midnight on Easter Sunday 1976 — see video below), Smith sang, “Jesus died for somebody’s sins but not mine,” scandalizing the television audience at the time.

Earlier this year in the pages of Rolling Stone magazine, Smith explained her relationship to religion this way:

“I left organized religion at 12 or 13, because I was brought up a Jehovah’s Witness. I have a very strong biblical background. I studied the bible quite a bit when I was young and continue to study it, independent of any religion, but I still study it.

“My sister is still Jehovah’s Witness. We talk all the time. I like to keep abreast of what she’s doing and what she believes in. I believe there is good in in all religions. But religion, politics and business, all of these things, have been so corrupted and so infused with power that I really don’t have interest in any of it – governments, religion, corporations. But I do have interest in the human condition.” 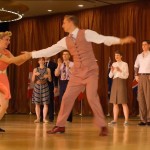 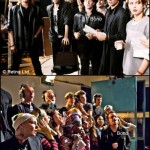 To Those Christians Who Say, "God...
The Official Blog of Benjamin L. Corey
Related posts from The Dude Abides 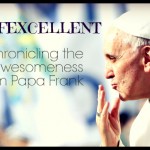 Progressive Christian
PONTIFEXCELLENT: I Was Dirty and You Gave Me...
The Dude Abides 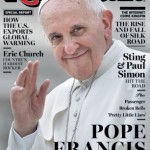 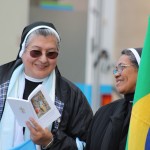 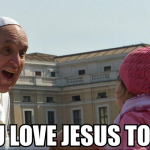 Jan. 16 Flashback: Wankers
That time the American Family Association put out a 12-week DVD study...
view all Progressive Christian blogs
What Are Your Thoughts?leave a comment
Copyright 2008-2021, Patheos. All rights reserved.