Editor’s Note: A few days before the magnificent new film Selma opened in wide release Friday, Jan. 9, 2015, I had the chance to speak with the British actor David Oyelowo who portrays Dr. Martin Luther King, Jr., in the film.  Born in Oxford, England to Nigerian parents, Oyelowo, 38, was raised in the Baptist church. His Christian faith continues to be a driving force of his life and work. Below is a transcript of our conversation about faith, film, Dr. King, and the extraordinary Selma. ~ CF

Cathleen Falsani: I heard that when you first read the script for Selma, you felt that God meant it for you. Please tell me a bit more about that story.

David Oyelowo: I felt God tell me … no, I know God told me. God told me I was going to play this role in this film.

The reason I have been quite vocal about that is because, in all honesty, I wouldn’t cast me as King — certainly not seven-and-a-half years ago. It was on July 24, 2007 that I felt God tell me that — I know the date because I wrote it down. It was so strange. Of course I knew who Dr. King was, but I had never watched him, heard him, and certainly never felt that, ‘Oh yeah, that’s someone I should play at some point as an actor.’ But I just knew it.

So I proceeded to put myself on tape for the director who was attached [to the film] at that point. And then much to my chagrin and surprise, he didn’t agree with God on that one. And so I didn’t get cast in 2007. It wasn’t until 2010 that I did get cast.

In the meantime I went on this amazing journey that just continually confirmed for me that God had called me to do this. I played a Union soldier in Lincoln, and American fighter pilot in Red Tails, I played a preacher in The Help and then I played the son of a butler in The Butler. And even though I was British and that was one of the reasons why I thought I can’t play Dr. King,  but God gave me these opportunities that taught me what it was like to be an African American in this country over the last 150 years — from Lincoln [set] in 1865 to The Butler that went all the way up until Barack Obama’s election.

So yeah, then you look at the divine timing of the film dropping at this time in American history. I can absolutely trace the divine nature of this.

CF: Isn’t it a gift when we’re able to see that thread running through? It’s not often that we get such a clear glimpse of God’s plan, I suppose.

DO: I have to be honest — it’s only retrospectively that I can look back on it and see it. There were many frustrating moments when I thought, Did I hear right? I know how Moses must have felt in the wilderness.

CF: Tell me a bit about how and if you spiritually prepared yourself for this role and for the performance. Is there anything different you did this time than you’d done for other roles?

DO: Absolutely. I’ve never approached any other role the way I approached this. Because I always knew that I couldn’t do this on my own.

One of the things I spotted early on was that when you see Dr. King giving a speech, that is a human being absolutely flowing in their anointing. That is someone who is taken up by something other than themselves. I know it because I have had glimpses of it myself when I’m flowing in a spiritual space that transcends my soul. And I felt the only way to play Dr. King was to do all the preparation I could, and then just trust that if God truly has called me to do this, He is going to come alongside my talent, alongside all that I am doing in the way of work, and make it more than I could make it on my own.

I truly felt every day on that set that something other than me flowed through me. There were times I felt God lifting me through scenes. There were times when bizarrely — and it almost flies in the face of my own theology, really —but I felt Dr. King very close to me in the playing of the role. And the only way I knew that it could ever possibly happen was for me to be open to it, for me to sort of let go of the reins and hope that that openness allowed something other than me to flow through me.

So it was absolutely different. I don’t normally do that. I’m normally a control freak. So letting go was what I needed to do and what I think, certainly, is something I will try to apply going forward.

CF: It’s a wonderful lesson to learn, although it’s terrifying to let go of those reins. But I know that when I do, something really magnificent can happen, something far bigger and greater than I ever could have hoped for on my own.

CF: I visited the Selma set in Montgomery last summer and had a chance to speak to [the actor] Wendell Pierce [who portrayed civil rights leader Hosea Williams] and a few others and watch some of the filming. Oddly enough, one of my roommates from college [Elizabeth Diane Wells who portrays Marie Reeb, the wife of slain Boston minister the Rev. James Reeb] has a small role in the film. She is a person of faith. I know Wendell is a person of faith, as are a number of other people in the film including Oprah Winfrey and yourself. I wonder whether there was a different kind of a vibe on the set? What was the spiritual vibe like while you were filming in Selma, Montgomery, Birmingham, and other places?

DO: A hundred percent there was — we all went to church together. There was a lot of praying together, especially before some of the tougher scenes. And [the director] Ava  [DuVernay] was very picky in terms of the people she had around the film. I think she knew, I think we all knew, that this couldn’t feel like just another gig to people.

This was a spiritual endeavor because these were spiritual people and the engine for what they did was their spirituality. King and his band of brothers were largely made up of preachers. And the philosophy of nonviolence, the philosophy of love in the face of hate, was born out of their Christian faith.

It’s one thing to talk about that, it’s another thing to be able to project it truthfully. I don’t think it was an accident that most of the people on the set, certainly when it comes to the actors, were Christians or people who had been raised that way so they had a frame of reference for it.

It absolutely does affect the film you’re watching because what sometimes happens in Hollywood, when Hollywood tries to make a film about or that has faith as a part of it, that is written by or is being portrayed by people who don’t believe in what they’re doing, it shows.

And it feels inauthentic, and it feels, actually, patronizing. It feels like you’re almost making fun of faith because if you don’t believe it, you cannot truly —I don’t believe you can enter into it in a way that feels truthful and powerful.

CF: What I find really interesting in having watched the film now several times is that it’s mighty spiritually, but when I first saw it, I wasn’t thinking about the spiritual heft. I was thinking about Dr. King as a young man — as a human — in a way that I don’t think I had before. He’s almost this mythic character, certainly in the American consciousness, but here I saw a man who was just a young man, a man who was faulted and fragile, but who was brave and courageous, and allowed himself to be used by God.

I felt the only way to play Dr. King was to do all the preparation I could, and then just trust that if God truly has called me to do this, He is going to come alongside my talent, alongside all that I am doing in the way of work, and make it more than I could make it on my own.

And the great things they did were when they surrendered and let their calling dictate their steps. But the reason they are in the Bible is because they are us. We are all, we all know what it is like to have hope deferred. We all know what it is like to battle against our own sin. But what is truly transcendent about us as human beings is the fact that we are human and yet there are these moments, these times when God flows through us, and we are transcendent. And that’s what the combination of God and us leads to. And that is what you see so, I think, powerfully in the film.

I love the moment after Bloody Sunday when Dr. King calls for “people of faith” to come and join him. Because he knows that in order for this to be successful you cannot have people who are coming with anger, bitterness, and those who just want to riot and perpetuate strife.

What is truly powerful is love in the face of hate. That is the best of us as people, when we operate in sacrificial love. And that is the kind of thing that we were very keen on showing in the film. And I am very glad to say I think we really were successful in that.

CF: You did and you were. It’s quite eloquent in that manner and the story that you sayDr. King is telling in the film is the same story you yourself are telling as an actor and as artist. I thank you for that and I thank you for this film. I think it’s going to have long-lasting and far-reaching spiritual and cultural heft.

CF: Bless you too, David. 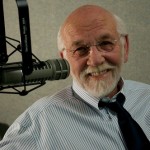 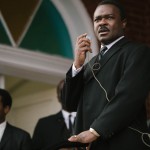 Progressive Christian
EVANGELICALS: BEYOND THE LABEL — Where Are the...
The Dude Abides