Embracing Death: When we Can’t Face Life but Won’t Take the Cross 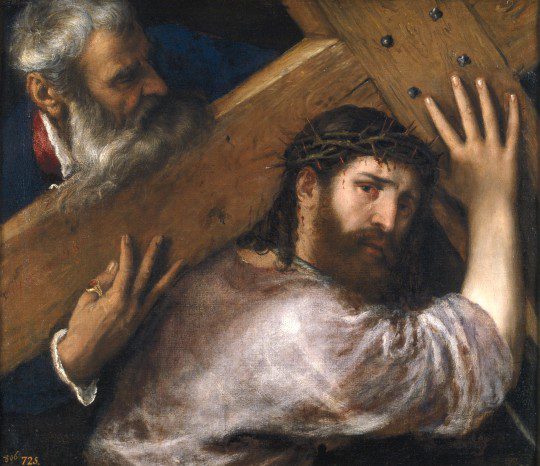 When religion and secularism butt heads on public policy—a regular occurrence these days—religion typically is obliged to fight with one hand tied behind it. Unfair, you say? Certainly it is, but that’s how the game is played now.

Consider the escalating argument over euthanasia and its first cousin, assisted suicide. For a religious believer, the most powerful argument against these practices concerns God’s authority as Lord of Life. To a secularist, though, god-talk is ruled out in the policy debate of a pluralistic secular democracy.

This state of affairs is no small matter as the euthanasia-assisted suicide battle heats up. Just last month, the Supreme Court of Canada unanimously declared that anyone with an “irremediable medical condition” is entitled to choose “termination of life.” In the U.S., assisted suicide is permitted to some extent in five states, and the legalization debate currently is getting started in a number of others.

The Catechism of the Catholic Church provides a definitive statement on this matter: “It is God who remains the sovereign Master of life….We are stewards, not owners, of the life God has entrusted to us. It is not ours to dispose of” (no. 2280).

But to many people today, this language probably sounds like an archaic survival from the dark ages. Conditioned to think in secular terms, these folks find the idea that God has rights over the disposition of their lives that are superior to their own an unwelcome novelty, an infringement on what assisted suicide advocate Derek Humphry calls “the ultimate personal and civil liberty”—that is, “freedom to die.”

Even semi-secularized Christians have been taught to reason like that.

It’s said that no one is obliged to practice assisted suicide, which is a matter of personal choice. Not only that—refusing access to it in the name of religious dogma violates the fundamental right of individual self-determination, and that’s unacceptable in a pluralistic society.

Faced with this mindset, someone who enters the policy debate from a faith perspective must turn to valid but second-tier arguments. For example: If you legalize assisted suicide while declaring it voluntary, you can be sure the voluntary part will sometimes disappear in the hands of over-zealous medical personnel or family members.

I got my own wake-up call recently in conversation with a doctor whom I know only slightly. For whatever unstated reason of his own, he felt moved to make this remark: “If I knew I was terminally ill, I’d sit down one evening with a bottle of good wine, turn on music I like, and then drink something that would put me to sleep knowing I’d never wake up.”

I was too startled to say much in reply just then. One thing for sure, though. If I become seriously ill, I won’t go to Doctor X for treatment.

The novelist and short story writer Flannery O’Connor once remarked that in secularized times the tendency is to “govern by tenderness.” But that has a price: “When tenderness is detached from the source of tenderness, its logical outcome is terror. It ends in forced labor camps and the fumes of the gas chamber.” Also, one might add, in euthanasia and its near relations.

But Doctor X and people like him have the advantage that religious arguments against taking life—your own or somebody else’s—are ruled out in the current debate, and these matters must instead be argued on the secularists’ terms.

Guess who stands to win the game when it must be played by those rules. 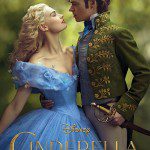 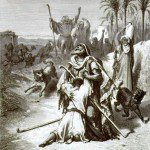 March 20, 2015 Fathers and Sons and the Father and the Son: A reflection on presence.
Recent Comments
10 Comments | Leave a Comment
Browse Our Archives
get the latest updates from
The Font
and the Patheos
Catholic
Channel
POPULAR AT PATHEOS Catholic
1

Catholic
Making a Difference: Let Us Venture Together from...
The Font
TRENDING AT PATHEOS Catholic

Brief Exchange with Atheists (Including Archaeology)
These took place in a combox on anti-theist atheist Jonathan Pearce's A...
view all Catholic blogs
What Are Your Thoughts?leave a comment

10 responses to “Embracing Death: When we Can’t Face Life but Won’t Take the Cross”