Christianity, a Divine Religion or Just a Religious Historical Tradition? 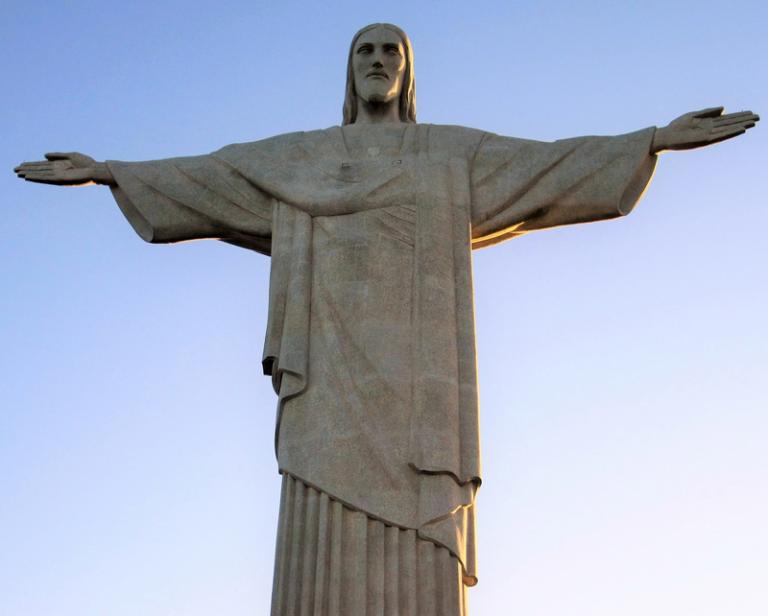 I do not intend to clarify the question in this short article, but I do believe that we can distinguish between what is from God and what is human and historically conditioned by observing how people do the will of God. (Matthew 7:20-21) It is a biblical solution and, at the first sight, a relatively simple one. On the other hand, it is not that simple because the answer leads us to a new question: what is God’s will? And the question-answer pattern goes on. And the problem becomes more complicated when we deal with historical Christianity, with organizations and structures that are important but not essential and directly related to God’s will.

In my view, when people disregard Jesus’s and Scripture’s teachings on repentance, love/unity, and justice and focus more on structures, they disregard what is from God and emphasize what is human and historically conditioned. Of course, since there is no repentance, love, and justice without people, they are essentially about people.

Christianity is a historical religion which has developed a sophisticated structure, a quite rigid religious and administrative system. So, this question is a sensitive one because spirituality is often too closely tied to hierarchies and structures. Christianity is a system, or many systems and traditions, which filters and censures spirituality according to its rules. And while rules are good, the spirit cannot submit itself to rigid religious structures, regardless how good they are. Among the Christians systems, I am only referring to three: 1) orthodoxy of Christianity, what is commonly believed and accepted by all Christians, 2) the Church with its structures, and 3) Christianity as a social and political body. While all these three are certainly very important, they may become idols, goals in themselves and much more important than God.

Regarding Christian orthodoxy, I see two dangers that could make it an idol and God something adjacent. First, when we fail to realize that Christianity is a matter of faith and that the creeds and orthodox teachings are broad summaries of the basics of the faith, written to guide Christians on the Way, we make of some official teachings and doctrines idols. Surely, the creeds must be taught to outline the Faith for Christians, but they must be reflected on, and they must send us to Scripture; indeed, Scripture and orthodox teachings are indissolubly related, as most Christians agree. And the Bible, which is more an existential guide that teaches us how to relate to God and people than a book of absolute doctrine, must be read with humility and with a repentant heart. Athanasius, in his On the Incarnation, states that anyone who wishes to understand the Scriptures must humble himself and clean his/her own life. Augustine also, in his Confessions, attributes his failure to understand the faith to his inability to humble himself, to “pride, I considered myself a mature adult.” It does not mean that humility means unlimited tolerance. It means that we must read Scripture and theology with a humble and repentant heart. Of course, this does not solve how we do theology correctly, but how many people do theology with a sincere and repentant heart?

Second, when we require an absolute submission to some teachings as if they were univocally supported by Scripture, we fail to admit that they are the result of tradition. Regardless how we take them, since they are not Scripture, but teachings inferred from it and since they are a result of time and deliberations, they are a result of tradition. (And to dispel any hasty assumption, I believe that tradition is very beneficial, but it is not Scripture.) If we fail to see it, we certainly give more importance and legitimacy to tradition than to Scripture. Interesting is the fact that most of those who emphasize salvation by grace emphatically are those who seem to be more legalistic when it comes to theology and teaching.

Regarding the Church, it is not a building, but the body of Christ and consists of people. The problem is when we are more interested in a building and in the administrative structures of the church. Of course, they are important, but the mission of the church is to point people to God. If it fails to do that, or if it is interested in anything else, it is a surrogate church, not Jesus’s Church.

The church has become a mechanism with people hired to do different jobs in the church. But the church is before anything else a company of those who honestly try to follow Christ, and the jobs in the church are spiritual vocations, not jobs for people without a sincere commitment to the faith. Unfortunately, I heard a few times pastors stating that their intention is to align the church behind themselves, which is a false and wrong premise. The mission of a pastor, as already mentioned, is to point people to Jesus, and the rest should fall in the right place. But with wrong premises, we have wrong results. The fact that the religious hierarchies in many churches are corrupt and looking for their own advantages is clear from the many cases of immorality and frauds committed by church leaders.

In addition, the position of pastor has become that of a functionary, with a vague reference to the soul. He is a man with a degree, prepared in a college or a seminary, and he must be ready to preach. What surprises me is that I have never seen a pastor not ready to preach and saying, “My conscience does not allow me to preach to others honestly today.” Since the position of pastor is a spiritual vocation and since it is impossible for a pastor to be always prepared spiritually to preach, the fact that he is always preaching tells us that the position of the pastor has become a regular job – we pay you, therefore, you must preach. And since this usually is what a church requires to its pastor, it shows the level of spirituality of its members.

And these structures, instead of uniting people, are often a serious cause of division and spiritual decline. Complicated structures in church cause young people (students) not to attend church anymore – this is what I have heard from students of mine. The fact that these religious structures are often questionable spiritually is confirmed by many public cases of corruption and crimes. Structures are necessary, and while they must point people to Jesus, they also must act with love and grace and without discrimination.

Regarding the church as a social and political body, my mind goes to Romania and America. Many Romanian intellectuals who under the Communist regime opposed Christianity, after the fall of Ceausescu and with the influence of the West in Romania, have suddenly become defenders of the Orthodox Church, which is the traditional/historical church in Romania. (As to Protestant and evangelical Christians, some sought political opportunities.). In other words, many people, for the sake of fitting in, changed their religious views and allegiance according to the social and political changes.

So, is Christianity a place of refuge in times of need, an ornament used from time to time, or a talisman used when life is not kind to us? Of course, it is a place of refuge, but it is more than something used in times of need or community. Christianity changes community and society: a formal unity, without love and justice, is like a “house divided against itself,” which according to Matthew 12:25, cannot stand.

In America, where we do have a different religious and social structure, Christianity is very diverse and rooted in the Reformation and its aftermath. My observation is that many American Christians care more about their own religious traditions than about repentance, love, and justice. The spirit of Frederick Douglass’s words, although written for a particular situation in the nineteenth century, may generally apply today:

The man who robs me of my earnings at the end of each week meets me as a class-leader on Sunday morning, to show me the way of life, and the path of salvation. He who sells my sister, for purposes of prostitution, stands forth as the pious advocate of purity…. We see the thief preaching against theft, and the adulterer against adultery. We have men sold to build churches, women sold to support the gospel, and babes sold to purchase Bibles…. The dealer gives his bloodstained gold to support the pulpit, and the pulpit, in return, covers his infernal business with the garb of Christianity. Here we have religion and robbery the allies of each other—devils dressed in angels’ robes, and hell presenting the semblance of paradise…. I hold it to be strictly true of the overwhelming mass of professed Christians in America. (Narrative if the Life of Frederick Douglass)

American Christianity is the result of a long tradition which has done many wonderful things for others. But in my view, American Christians distinguish between their religious life and their social and political life, between church and business. But it should not be so – Paul tells us that to be in Christ means that the whole view of the world has changed; consequently, since Jesus is the most important reference, Christians do not compartmentalize their life according to their interests.

Repentance bring unity among Christians. This is not my invention, Scripture teaches it. In fact, I believe that unity is the red thread of Scripture. But unity seems an impossible objective considering that it would presuppose a revolution without precedent in Christianity. No Christian group would give up centuries of history and its own legacy for the sake of unity. Indeed, only a disaster would make possible such a prospect, which no one wants. But Jesus is making unity the mark of His true disciples. In a hostile world, they must be one and He prays to His Father to keep them one. In addition, according to the Bible, those who are God’s are animated by the same Spirit, which means that they act with the same mind and in the same way. This certainly is not a complicated theology – Christians must act according to the mind and Spirit of Jesus. And since we teach it, we must practice it. It seems simple, very simple, but otherwise it seems an unrealistic goal. We prefer our will to God’s will, although we pray “your will be done.” However, it is not a debatable teaching. If we do not repent and change, we may worship structures, not God.

December 22, 2020
Thoughts on Christmas: Providence and Grace
Next Post

January 21, 2021 Under What Flag Do You Serve?
Browse Our Archives
Related posts from The Font