Exorcising Mictecacihuatl – The Origins of Day of the Dead in Mexico

Exorcising Mictecacihuatl – The Origins of Day of the Dead in Mexico November 1, 2018 Andrew Chesnut 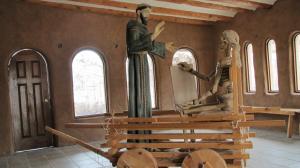 In the U.S., the Catholic festival of All Hallowed Eve has taken on the darker image of Halloween, with haunted houses, horror movies, and the departed returning for trouble rather than tradition. In Latin America and Europe, where Catholic cultural influences have remained relatively strong, the first and second of November continue to hold their ancient ties to festivals associated with honoring, celebrating and continuing interaction with the dead.

In Mexico, before the Spanish conquest, the Aztecs dedicated most of the month of August to their goddess of death, Mictecacihuatl. While today’s celebrations are less extensive – Dia de los Muertos (Day of the Dead,) which falls on November 1 and 2, is one of the most anticipated holidays of the year. It’s a time to reconnect with deceased family members, ancestors, and friends in a convivial spirit of remembrance and celebration.

As part of the overarching suppression of indigenous religion, the Catholic Church exorcised Mictecacihuatl and moved the date to coincide with All Saints’ Day (November 1), which is also known in Mexico as Day of the Innocents for its association with Masses focusing on deceased infants and children, and All Souls Day (November 2), where the focus is on departed adults.

Visits to the cemetery to bring offerings to the dead, such as candles, flowers, and food, are common, along with offerings left at home altars. Private activities with family and friends often involve more festive celebrations including the striking sugar skulls, calaveras de azúcar, and pan de muerto (bread of the dead), which will be recognized by many readers outside of Mexico as familiar icons of the tradition. Adorned with the name of a deceased relative, the skulls are eaten as a reminder that death is not a bitter end, but rather a sweet continuation of the natural cycles of life.

Historically commemoration of Day of the Dead has been more common among working class Mexicans. However, the combined influence of the James Bond film, Spectre, and growing popularity in the U.S. has led many middle class Mexican urbanites to embrace traditions they used to ignore or even deride. In a surreal case of life imitating art, Mexico City held its first Day of the Dead parade last year, which strongly resembled the opening scenes of Spectre. From the home hearth to the world stage the imagery of Dia de los Muertos has become an able ambassador for Mexico’s cultural heritage around the globe! 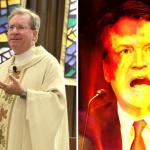 October 23, 2018
The Exorcist vs Witches - Battling for the Soul of Justice Brett Kavanaugh
Next Post 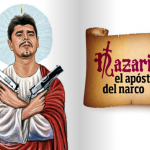 November 14, 2018 The Knights Templar and Saint Nazario – The Narco-Gospel of a Mexican Drug Cartel
Recent Comments
0 | Leave a Comment
"I am hoping the writer comes out and says, "relax folks! It's just tasteless satire!" ..."
Ame ‘God’s Battle Axe and Weapon of ..."
"Maybe you’re criticizing their religious beliefs because you don’t like what aisle this person is ..."
L21n113 ‘God’s Battle Axe and Weapon of ..."
"So why is she worshiped primarily today by criminals, murderers, and drug lords? Ain't none ..."
Theodore Seeber Praying to Godmother Death – New ..."
"Thank you for sharing your wealth of knowledge on the subjects discussed. You don't know ..."
Morgana Havlax Penny Dreadful is Plenty Dreadful: Cultural ..."
Browse Our Archives
get the latest from
The Global Catholic Review
Sign up for our newsletter
POPULAR AT PATHEOS Catholic
1

Your Choice: The Eucharist or the...
On the Catholic Beat
Related posts from The Global Catholic Review 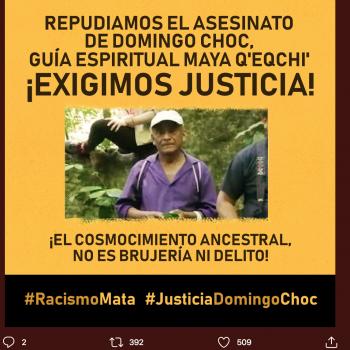 Begging—and answering—the question
A few days ago I published a piece in which I explained...
view all Catholic blogs
What Are Your Thoughts?leave a comment
Copyright 2008-2020, Patheos. All rights reserved.