10 Anti-Gay Things You Can’t Do While Following Jesus 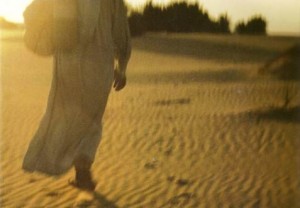 As I say in all of my “10 Things You Can’t Do While Following Jesus” articles, this is by no means meant to be a complete list, but it’s a decent place to start. Also, this is not to say that people are unable to do these things when they are following Jesus, as much as it is saying if you are doing these things, you are doing something counter to the teachings of Jesus.

1) Condone violence toward people who are LGBT.

Here’s the thing: that sentence should have stopped after the word “people”.

LGBT, white, black, sinner, saint, scoundrel, savior – you are not loving your neighbor or those you think of as “enemy” when you support violence against them. Jesus said to love neighbor and enemy. (Please note: No ifs, ands, or buts in there).

2) Be against same-sex marriage.

“Biblical marriage” is one of the biggest Christian misrepresentations out there. Yes, in the Bible marriage is between one man and one woman. It is also between one man, one woman and their God-appointed surrogate mother. Not only that, God frequently blessed polygamists like Gideon and Solomon. Jesus himself believed that if a woman’s husband dies and she doesn’t have a son, she must marry his brother and have intercourse with him until she has a son.

I guess I’m a bit of a prude. “Biblical marriage”? You can have it.

Two loving adults wanting to have a committed relationship?

Recently, a group of Christians asked President Obama for special permission to discriminate against a particular segment of the population.

Worse yet, they want to do it while receiving government funds.

They want to take money that the government made through taxing everyone and then be allowed to exclude some of the very people from which the money came.

In an oh-so cliché way, ask yourself: “Who would Jesus discriminate against?”

As you think about the answer, keep in mind that while the Pharisees encouraged discrimination against women, tax collectors, the poor, and even Samaritans, Jesus went out of his way to radically include them all.

Here’s the thing: the Bible never says that. As a matter of fact, it literally couldn’t.

The modern-day concept of “homosexual” is exactly that: modern day. Our understanding of two people of the same sex in a committed relationship was not something the biblical text ever addressed because it wasn’t a concept they understood or thought about.

Not only that, the very few times the Bible mentions anything even mildly related to same-sex relationships, it doesn’t say what most Christians seem to think it says.

You can read all about it here.

Are you sitting down? Okay, good. I have something to tell you and I need you to be ready for it. Here it goes.

Some Christians are gay.

You okay? Need a minute?

Being gay has absolutely no impact on your ability to love God and love other people. As a matter of fact, I’d argue that if you are gay and a Christian you have über-skills at loving other people. Think about it. Gay Christians are willing to identify heavily and participate in a group that has historically judged, marginalized and persecuted them.

In my book, these are people who could teach us a crazy amount about forgiveness, love and grace.

6) Be quiet when people are marginalized and bullied.

Do unto others as you would have them do unto you.

7) Believe being gay is a choice.

How is it that in the minds of so many Christians, God made straight people straight but gay people chooseto be gay?

I think Kathy Baldock of Canyonwalker Connections has a very helpful perspective on this. She says that kind of thinking comes from seeing same-sex attraction as a behavior rather than understanding it as a part of who someone is.

The classic question that is sometimes asked is, “When did you choose to be straight?” Sure, it’s a bit myopic in understanding of human sexuality, but the point still stands: Sexuality is much more a part of who you are than it is about a behavior you choose.

Admittedly, this answer is more about being rational than about following the teachings of Jesus, but Proverbs does tell us that Wisdom is the thing in which God delights daily.

So I’m gonna stand pat on this one.

8) Believe it’s okay to be gay if you are celibate.

As my friend Matthew Vines points out in his book “God and the Gay Christian,” demanding celibacy is at odds with the biblical perspective that celibacy is a gift, not a mandate. For me, demanding that the only way you can be gay and be Christian is to be celibate is the equivalent of questioning God’s wisdom, and that seems like a less-than-wise thing to do.

Trust me, I’ve tried, and my beard is still grey.

We must speak out every time we see, hear or learn about it. Every time.

10) Think that the “gay agenda” is anything other than wanting to be who they are and love who they love.

The most important part to know about gay people is the “people” part of “gay people.”

People are people. We laugh, we cry, we want to be loved and cared for.

That’s the radical gay agenda: to be loved.

I suspect it is yours, as well.