I’m the Bogeyman, That’s What I Am

Most folks tell me they think of me as a laid back, fun-loving, peace freak.

I’ve always thought that was a reasonable assessment.

As it turns out, I couldn’t have been more wrong.

You see, I’m the Bogeyman.

I know — it shocked me too!

According to an article on theweek.com, conservative Christians have a new Bogeyman – and it’s me!

It gets worse: It’s probably you too.

In her new book, evangelical author Chelsen Vicari speaks of one of the largest threats to faith – the Christian left.

As a co-founder of The Christian Left I had no idea I was that kind of threat. Don’t get me wrong, I certainly appreciate that Vicari gives those of us on the Christian left that kind of power. I’d even like to believe that it is true.

But today is not that day.

Let’s talk about what’s really going on here. Are we on the Christian left really the Bogeyman? Do we really have that kind of influence?

Not yet — but we are working on it.

And that’s what makes us so scary to Vicari and her readership.

When we were a voice that was constantly drowned out by the megaphone that is the Christian right and their maniacal stronghold on traditional forms of communication, Vicari probably thought of us as that annoying little dust bunny under the bed that just would not go away.

With the continued rise of new forms of communication and the way social media has given progressive Christians the ability to connect and be heard, we’ve become a threat. We’re no longer the annoying little dust bunny under the bed. We are the big bad monster that is ruining everything.

Technically, Vicari is only saying we are causing a “crisis” in faith — the “Bogeyman” language comes from theweek.com.

I think it is helpful though.

This might surprise you, but I think Vicari is correct — the Christian left is helping cause a crisis of faith.

What conservative Christianity has become looks far too little like what the teachings of Jesus would encourage us to be.

Causing a crisis of faith in that kind of belief system? I’m all for it.

And if that make me a Bogeyman — then that’s what I am.

Shortly after posting this article it was suggested that we should share it using the hashtag #IamTheBogeyman. I like it! So, have at it.

Also, for your listening enjoyment — depending on your musical preferences: 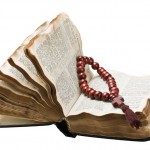 The Mark of the Beast: some...
slacktivist
Related posts from The God Article with Mark Sandlin