The Tradition a Heretic Values

This is the fifth post in a series called: “This Collar Is Too Tight: Heresies From a Southern Minister.” You can read the first post here. The short explanation of this series is this: the institutionalized Church spends a lot of time defining who’s in and who’s out. Biblically, I find that a lot of the “measures” used don’t hold up. I’m making the argument for a larger acceptance of theological diversity in the Christian Church.

“Are you serious? You’re going to go against a few thousand years of tradition? Really?!? Who do you think you are?”

I’m only four articles deep into my “Heresies From a Southern Minister Series” and a common theme is beginning show itself in the responses: the “value” of tradition.

I put “value” in quotation marks for a particular reason.

The responses I’m receiving, like the one I quoted at the beginning of this article, border on worshiping tradition rather than valuing it.

Even when I disagree with people, I tend to prefer to understand their point of view, to recognize the thought process and life experiences that bring them to their conclusion or belief.

In this particular case, I just can’t get there.

I do understand that they believe it, in part, simply because they were taught to believe it.

I do understand that some people find comfort in “knowing,” particularly when it comes to spiritual matters.

I even get that the belief that our spiritual ancestors were guided by the Spirit of God in establishing our creeds, canon of scripture and general practices makes it practically blasphemous in their eyes to question it.

Here’s what I don’t get: How does any of that trump what those same people would understand as their God-given ability to think, to be rational, to use logic?

How do those things outweigh new information?

Can you imagine other fields of study in modern times where people would say things like, “What do you mean the Higgs Boson (sometimes colloquially called the “God Particle”) is neither a matter particle or a force carrier? Of course it is. We’ve always known there are only those two kinds of particles! How dare you question what we already know to be true!”

Of course, there are always a few who do protest that way in most fields, but it’s typically a somewhat non-influential, vocal minority — and even then, facts and new discoveries ultimately present convincing data for a change in perspective.

Unfortunately for the Church, while those who make calls to tradition as “proof” of correctness are clearly vocal, they frequently aren’t the minority and they often have great influence.

All too frequently, we revere our tradition to the point of worshiping it — placing it front and center so that it obstructs the view of the new places to where God is calling us.

The problem is that, it’s absolutely absurd to believe that new ideas derived from new information and new skill sets and new perspectives are trumped by “it’s always been that way” or by calling into question the respect the person who suggested the new idea has for those who established the previous idea.

To believe they would still cling to their idea when presented with information that was not available to them when first establishing the idea is an insult to their intellectual capacity and to their willingness to believe that God is capable of doing (or at least revealing) a new thing — and scripture certainly paints a picture of God doing new things all the time.

It is simply not reasonable to believe that in the face of new information, they would turn off the very intellectual abilities and understanding of God that made them respected experts in the first place.

So, please, stop saying that questioning tradition is a heresy.

It’s actually one of the most respectful things a person can do.

Let’s not ignore tradition, but it is not even close to the final answer.

Proverbs 30:8 tell us that Wisdom is a thing in which God delights daily. It’s a word with roots that include such meaning as wisdom, skill, insight, discernment, and intelligence. These are all things that require us to ask questions, to seek out new information and to adjust what we “know” based on what we now know.

It’s good enough for God to delight in it daily.

Now that’s a tradition I can truly value. 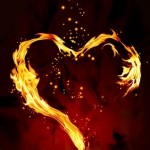 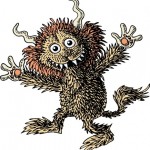