God Did Not Kill Jesus on the Cross for Our Sins

This article is part of our new Head to Head debate feature. This week, in concert with our Engaging Easter coverage, I will be debating the Evangelical Channel’s Mike Bird of “Euangelion”. The question: What did Jesus’ death on the cross actually DO? 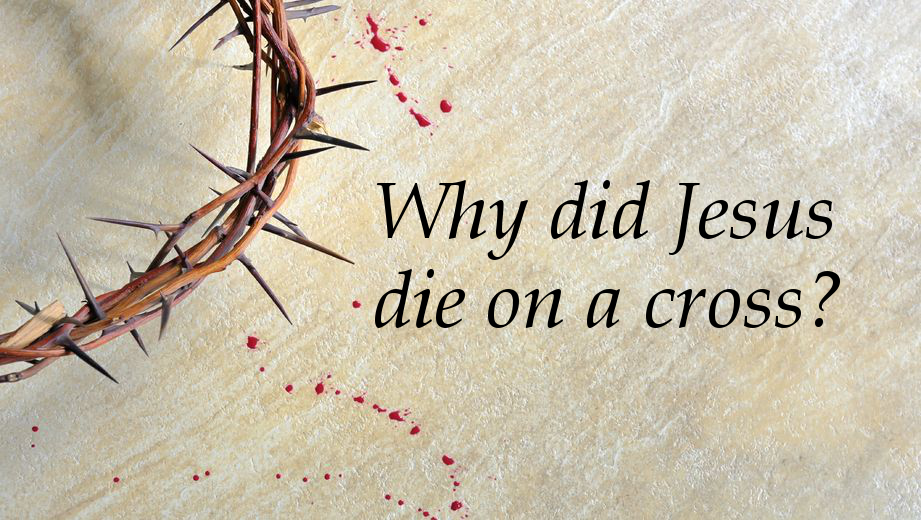 I suspect that question has been asked since the day Jesus actually died on a cross.

The most common answer for many Christians, “he died on a cross to pay for our sins” (penal substitutionary atonement) is actually a relatively recent concept. In fact, it only became a part of Christian teaching about 1600 years after Jesus was crucified.

Many of the limited number of verses used to demonstrate that penal substitutionary atonement is biblical along with early Church writings that seem to agree, only point to Jesus’ death being related to the sins of humanity — not necessarily an assertion that his death was a substitute for our sins.

In interpreting those verses, it’s important to recognize that most Christians believe “sin” means breaking certain moral rules established by God, as recorded by the writers of the Bible.

But, I believe Jesus found this popular understanding of sin (during his lifetime and today) to be far too superficial and simplistic. When he said, “Do not think that I came to destroy the Law or the Prophets. I did not come to destroy but to fulfill,” in Matthew:5:17, what he was really saying is, “I did come to destroy how you are using the Law,” (and, thus, how you understand sin).

Did you notice how awkwardly and abruptly that quote from Jesus ends with “fulfill”? Some translations of the Bible actually throw in a “them” (as in “to fulfill them”) to avoid that awkwardness, but, the truth is, it is simply not there in the original language.

What is there is the Greek word pleroo, which would be better interpreted as “to make full, to fill up, i.e. to fill to the full”, “to render full, i.e. to complete” (Strong’s G4137). In other words, the way the Law was being interpreted and practiced in Jesus’ time was missing the mark. Something more, something different, had to be done in order to fulfill the intent of the Law.

It’s important to note that Jesus made this statement in the middle of the Sermon on the Mount – a message I believe is built on the foundation of love. During this sermon, near the end of Chapter 5 in Matthew’s Gospel, Jesus explained what could be considered the summation of the message (and, conveniently, it’s also part of what he said is the summation of “the Law”):

“You have heard that it was said, ‘You shall love your neighbor and hate your enemy.’ But I say to you, love your enemies and pray for those who persecute you… For if you love those who love you, what reward do you have? Do not even the tax-collectors do the same?”

Ok, so we seem to have wandered a long way from this question of sin, but it has been a purposeful wandering. As Tolkien reminds us, “not all who wander are lost.”

Jesus came to help us understand the fullness of biblical Law. He does so by teaching us about what complete and full love looks like.

If you believe that God is love, you understand the importance of Jesus’ lesson: When we act in unloving ways, we distance ourselves from God – and that is the one and only sin: actions that separate us from God. At the heart of considering whether or not an action separates us from God (and at the core of the Law) is the question of love. Does this action come from a place of love?

And that question brings us back to the cross.

As I’ve recently written, one of the most significant factors that put Jesus on the cross was his actions in the Temple courtyard. He entered the courtyard knowing he was entering the hub of power for the region of Judah. He was confronting the religious and governing body in the heart of their market; the very place where they made the profits which funded their power. He did it under the watchful eye of Roman guards who were there to ensure that there was no trouble during the annual Passover celebration, which was about escaping the heavy hand of an unjust ruler.

In Roman occupied territories, the one sure-fire way to get hung from a cross was to be seen as a threat to those in power.

Jesus knew what he was doing. He knew he would be seen as a threat. He knew where it would lead (the cross). I’d even argue he’d known for a while what he was going to do and where it was likely to lead. Three different times before entering the temple, Jesus predicted that he would be given the death penalty, capital punishment, death by crucifixion.

“No one has greater love than this, to lay down one’s life for one’s friends.”

Jesus died on the cross because he offended those in power.

Jesus died on a cross because he challenged the status quo.

Jesus died on a cross because love would not sit silently by as those who had little were being stepped on, used, and abused by those who had so very much.

Jesus died on a cross to show us what love looks like in action.

He also came to show us what the fullness of love looks like in action.

It looks like a man, hanging from a tree, because the threat of death from the most powerful government on the face of the planet was not enough to subdue his love for those who were being taken advantage of.

Did Jesus die to save us from our sins?

Yes, but it wasn’t a moment that erased our sins by some mystical magic show from above.

Jesus’ death showed us how far love will go, what love looks like when it is played out to its fullest.

And it showed us that, if we truly choose to follow, it can save us from our sins.

March 25, 2015
Following Jesus Means Being Political and Advocating for “The Least of These”
Next Post

March 31, 2015 Easter Reminds Us That Sunday is Coming
Recent Comments
0 | Leave a Comment
Browse Our Archives
Related posts from The God Article with Mark Sandlin