The United States Needs a New Pair of Glasses

Patheos Explore the world's faith through different perspectives on religion and spirituality! Patheos has the views of the prevalent religions and spiritualities of the world.
It was 1990 and I was taking my first graduate level classes. Having grown up as a Southern Baptist, I was in my customary back row seat. Out of nowhere my right eye started twitching and it wouldn’t stop. It wasn’t long before it was driving me mad. It wasn’t only slightly physically uncomfortable, but it became socially uncomfortable, too.

After a few days of this twitching and some encouragement from friends (who’d grown more than slightly annoyed by my constant winking) I pushed aside my vanity and paid a visit to a local optometrist. Turns out my twitching was simply tired muscles that had been trying to help me refocus my eye so I could see clearly. A few hours later I left the optometrist’s office with a new pair of glasses and a promise that my twitching should stop soon.

The twitching did stop, but as far as I was concerned, the most remarkable thing happened when I walked outside wearing my new glasses. I could actually see the leaves on the trees!

I know that seems like no big thing, but for me it was remarkable. I guess I had so slowly lost my 20/20 vision that I just didn’t realize you were supposed to be able to make out the individual leaves on trees in the distance. To me, they were supposed to look like a blur of green. That’s just what trees look like.

I sometimes wonder if most of us might need a new pair of glasses to help us see the realities of poverty in America.

Much like the way I saw trees, we’ve become too comfortable with what we see and don’t seem to recognize that it should be different.

Poverty in the U.S. is more of a reality than most of us are willing to admit or, at least, want to see clearly.

In the world’s wealthiest nation more than fifty percent of the people will experience poverty before they turn 65. That means, at any given point in time, one in eight people live in poverty in the U.S.

Contrary to what those who call social programs “socialist” (which is mostly code for un-American) want to believe, the majority of the poor in the U.S. are not poor because they are lazy and unmotivated. Approximately four out of five low-income families have at least one family member who has a job.

The truth is, at least subconsciously, we want to see poverty with a little less clarity than that.

We’d rather believe that it is just about the few people we see on street corners.

If we see it any clearer, we have to admit that the lady down the street with two kids, who works a full-time, minimum wage job, makes just $14,500 a year, well below the poverty level for a family of three. She probably struggles to put food on the table, to pay for heat in the winter and to make the rent every month.

Pray they don’t get sick.

The $557 dollars she brings home every two weeks, won’t even begin to pay for health care.

We could probably not only use a new pair of glasses to help us see the realities of poverty in the U.S. more clearly, but we also need them to see the reality of what it is going to take to fix it.

It really will take nothing short of a revolution. 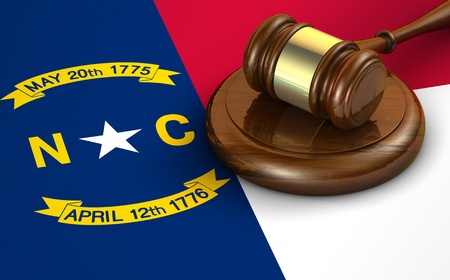