There’s No Such Thing as The Good Book 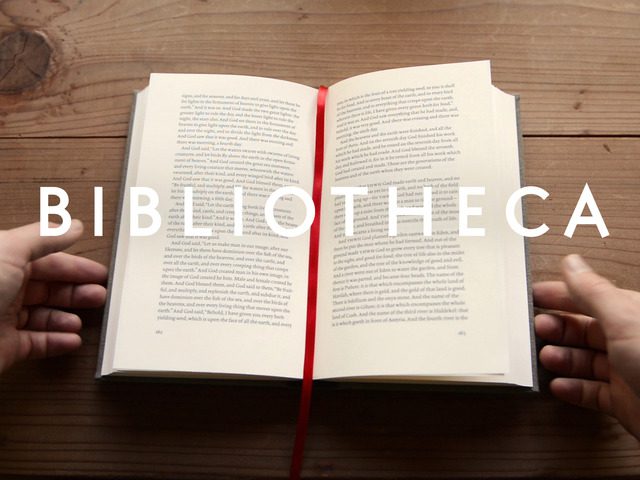 “The Bible’s a mess,” declares a headline on The Verge.

How does that phrase make you feel? If you’re a person of faith, it might make you livid. If not, you might think: finally, someone gets it!

However, a quick read through the article shows that it’s not referring to “The Bible” as an abstract text, but as a variety of physical, reproducible volumes. Adam Lewis Green, a Santa Cruz-based book designer, is creating a series of them.

Some commenters chose to play with the headline’s first implication: “[The Bible] really is a mess…” one said, provoking the thoughtful response: “HAHAHAHA….. yes it is.” In an article on Relevant, a commenter noted that he’s “not a fan of physically redesigning The Bible,” as if there were only one Bible with one design before Green started meddling.

I think these reactions raise a couple of interesting, important questions: Why, unless we’re browsing through a Christian bookstore, do we tend to ignore the physical style of three-dimensional Bibles? And, more broadly, what do we mean when we speak of “The Bible”?

In traditional literary “old antithesis of style vs. content,” style and content are indistinguishable. You can’t have content without style; you can’t have style without content. Unfortunately, this argument didn’t really make its way into mainstream Christianity. Disembodied content (the “gospel message”) mattered, but its style of physical presentation was flexible. Consider all of the “mainstream culture” imitating Christian bands, movies, and merchandise. Their hollow stylistic flourishes were (are?) meant to present the Gospel message in an accessible “package” in order to sneak the timeless message into the lives of modern people.

However, many (including Southpark writer Trey Parker) have picked up on the disingenuous nature of this strategy. In several cases, style seemed like a front. And since style and content are inseparably linked, when style is disingenuous, content is tarnished, too. When the Gospel is presented in a manipulative way, the Gospel seems manipulative. In fact, this so-called “Gospel” is manipulative.

Style can’t be an attractive mirage. We need to take style seriously.

So, Is The Bible A Mess?

If someone responds to “The Bible’s a mess” with anger or pleasure, perhaps he or she thinks of the Bible as a style-less entity, a Platonic Ideal, the Good Book. When The Verge says “The Bible’s a mess,” we don’t think about the stylistic components of specific three-dimensional volumes. And we certainly don’t think about how those stylistic components shape or harm the very nature of the Biblical narrative we absorb. We’ve learned to ignore them.

That should make us pause. Fortunately, Adam Lewis Green has his hand on the remote. In his Bible-funding Kickstarter project, Green wonders: “Why is it people love stories so much, yet they view reading Biblical literature as a chore?”

He has a surprising answer: most Bibles don’t lend themselves to pleasurable reading. Their binding is weak; their pages are thin. They are justified instead of left aligned, muddled by columns and chapter numbers and verse numbers and encyclopedic cross-references. Reading The Bible feels more like trudging through a dense, ancient (thanks to Wikipedia) encyclopedia than diving into a compelling piece of classic literature. It might be “The Good Book,” but you never feel like you’re curling up with a good book. “Could it be,” Green asks, “that the encyclopedic nature of our contemporary Bibles is driving this idea that Biblical literature is dry, boring?” Does a dry style dehydrate content that could be absorbing and lush?

As I write this article, over eleven thousand people have answered: Yes! Green’s Kickstarter campaign has raised over one million dollars. “With three days left, the funding for Bibliotheca nearly doubled in two days,” Green posted. People clearly admire his aesthetically thoughtful work––and they should. It feels different. It feels refreshing. It feels new. But, actually, as new as it may seem, Green’s project has deep Christian roots.

Christians believe that the Bible represents divine revelation both magnified and filtered through human bodies––and how those bodies communicate with other bodies. Style matters to God. Biblical writers took pains to play with a variety of linguistic styles. Paul’s chaotic jumble of mixed imagery, for example, isn’t the product of literary laziness on his part. Those phrases exemplify a God too big to squeeze into a single metaphor, too nuanced to sum up in a lonely simile. At the other end of the stylistic spectrum, Luke’s doctoral precision doesn’t stem from his lack of writerly imagination, but from his duty-driven goal to mimic God’s own care for truth and accuracy.

Why should Gospel writers have all the fun? God’s spirit lives within us, too, and whenever we embody Biblical truth––whether through text, speech, conversation, interpretation, art, or any sort of physical labor––we have the privilege to manifest content via style, just like the Gospel writers.

Adam Lewis Green is using his aesthetic-attuned, style-driven work in order to reflect and magnify the beauty of Christ. And while we may not be book designers, we can use our three-dimensional bodies to work for that same sort of stylistic excellence in whatever we do.

If you want the book, you have a little less than 48 hours to order one. 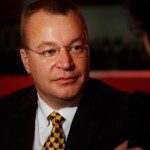 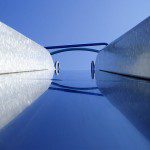 July 28, 2014 Who's Influencing Whom? Making a Difference in the Workplace
Recent Comments
0 | Leave a Comment
Browse Our Archives
get the latest from
Best of Patheos
Sign up for our newsletter
POPULAR AT PATHEOS Faith and Work
1