Trapped: The Church Vocation Issue We Don’t Talk About 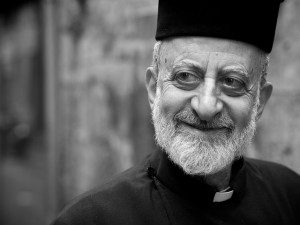 I want to bring up something that church people don’t talk about very often. Why don’t we talk about it? I don’t know. Lots of reasons. I suspect the biggest reason is that talking about it would require us to take an honest look at the lives of our ministers. And I’m not sure we want to do that.

Church ministers do more than lead our Bible studies and our worship services. They do more than run the administrative parts of the church. Our ministers represent an idealized state of spirituality that we want to believe is possible for anyone. Maybe we haven’t achieved that state ourselves, but we like thinking that Brother Jones or Father McGee has gotten to the Promised Land. And maybe he can lead us there. Therefore anything that reminds us of the basic humanity of our ministers can be uncomfortable.

Here is the thing that we don’t talk about:

Yes, I said thousands. I thought about it. Hundreds is too low a number. It’s thousands. Thousands of ministers working in churches and wishing they could leave.

It’s very common. I know this because I used to be a minister. And I reached the place where I wanted to leave. And I wasn’t alone.

Maybe you want to know why. Why don’t they want to work for their church anymore? Or is it WITH their church? Or maybe IN their church? What preposition would you choose?

Lots of reasons. Some ministers become disillusioned with the business side of the church. Seminary was all theology and ideology. Then you arrive in the church of our culture and discover that the congregation is really looking for an entrepreneur, someone who can grow the congregation like a thriving business.

Some ministers just aren’t that polished and shiny. They aren’t sparkling preachers. They don’t shine when leading a Bible study. They aren’t really wanted and end up working in some small corner of the world for a salary that was fine in their 20s but not so fine in their 40s with a couple of kids wanting to go to college.

Some lose faith in the core message of their denomination or tradition. They don’t lose faith in God, but they can’t be a good Baptist or Lutheran anymore.

And some just lose faith altogether. Something about the message wears thin, and one day what used to sustain you is now just a bunch of words.

Some wear out. Some burn out. Some get depressed for this reason or that. Really, anything that prevents you from being a gung-ho cheerleader for the cause on Sunday mornings is a problem.

Why they want to leave is an interesting question. But the real question—the one we need to talk about —is how they cope if they can’t go anywhere. What if they have no other marketable skills, are approaching mid-life, are in debt like the rest of us, and just don’t have any good employment options.

Because this isn’t a job you can feel good about faking your way through, right? It’s one thing to keep your job as a realtor for a few years while you figure out what your next move will be. It’s another thing to keep preaching the Word of God on Sunday mornings when you don’t want to be there anymore. The first is acceptable and even admirable. The second is hypocritcal.

So how do ministers cope with this issue? That’s what we’ll talk next time.

Image by Thomas Leuthard. Used with permission. Sourced via Flickr. This post by Gordon Atkinson was originally shared at TheHighCalling.org. 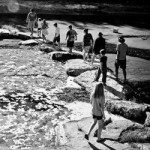 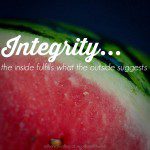 March 17, 2015 The Integrity Test
Recent Comments
0 | Leave a Comment
"The modern IT market needs new solutions and new and new tasks every year. If ..."
John Wise What Technology Would You Take with ..."
"I'm a Human Resources professional, with 40 years in the field. I've been born again, ..."
Jay Sunderland Five Ways to be a Christian ..."
"Well the irony of your article certainly is fascinating. It seems Spurlock created a production ..."
Trevor Working for Free: Interning at the ..."
"If Jesus can't draw all men unto him, surely the alternate Savior, C.S. Lewis, can ..."
Father Thyme Serving God in the Business of ..."
Browse Our Archives
Related posts from The High Calling 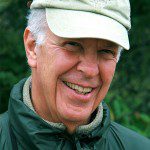 Faith and Work
Vocational Courage and Renewal: An Interview with Parker...
The High Calling
TRENDING AT PATHEOS Faith and Work