Becoming What We Contemplate: The Risks of Violence as Entertainment

Becoming What We Contemplate: The Risks of Violence as Entertainment October 30, 2014 Santiago Rodriguez, SJ 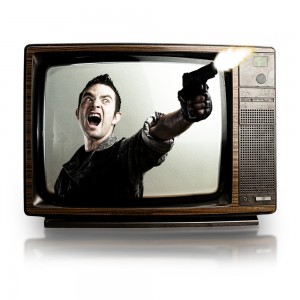 When I was a twelve-year-old, I wanted to be like Rambo. Often, I would don one of dad’s ties as a headband, wear a grey tank top, and run around with the ‘machine gun’ I had created out of PVC pipes. I would stay in character long enough to avenge an old friend, free every Prisoner-Of-War behind enemy lines, and single-handedly drive out all communists from my backyard. Occasionally, I would save the world from a zombie apocalypse (you’re welcome). Those memories came to mind a couple of weeks ago as I tried to make sense of my consumption of violence through media.

Even though I don’t directly engage in violence, even though I speak out against it and present myself as an opponent of gun violence, domestic violence, violent speech, and war – I have enjoyed consuming the sort of media that glorify these type of violence over the years.

I feel like a charlatan when I tweet about boycotting the National Football League, because of its inaction on domestic violence, while I sit to watch and hear automatic weaponry rat-tat-tatting on my laptop or in a cinema. How can I complain about Wayne LaPierre and his buddies at the National Rifle Association when I take deep pleasure in watching bullets fly on large or small screens? I may see this all as fictional, but this blood-splashed imagery has seeped deeply into my sensibilities and has fed the base appetites of my heart – my non-rational desires for pleasure and sheer excitement.

I have a big problem with real-life violence and I don’t believe screen violence is a totally different matter.  For a long time, I believed that a movie is just a movie, and that since I wasn’t engaging in violence myself, I was unaffected. But when we constantly get a kick out of explosions and shootings, our hearts and our minds are affected. I have never confessed that like Cain that I have lusted in my heart to break a man’s skull, but I often find myself lusting for the gore and violence of a summer blockbuster.

We all need to reflect on the ways we are affected by the media we consume. We become what we contemplate. The hundreds, if not thousands, of hours I have spent beholding brutal and violent images have taught me much about being violent and destructive — and even if they haven’t made me violent, I’m concerned that they’ve left me numb.

I agree with Peter Kreeft’s statement in Jesus-Shock that violence is spiritual junk food. I am resolved to stop feeding my heart the sort of junk food that desensitizes it and weakens its resolve to work for justice and peace. I can see that narratively – even if it’s a cheap way of doing it – violence is often a powerful spike in a story, but I can’t just enjoy it as a spectacle. Violence has no part in my real life, and enjoying it as a cheap pleasure works against the true hungers of my heart: for joy, beauty, and truth.

The acts of violence we watch in films and TV series pollute our minds and hearts just as much as watching pornography. Why should we view images that degrade the humanity of other human beings? It might be cool and entertaining to watch somebody’s ear getting cut off in a Tarantino film, or to root for the Lone Survivor and for Jack Bauer as they down the last one of their foes, but beholding brutality comfortably numbs us to the violence we witness in the world today, making us less able to recognize it as a rejection of the God of love.

When commenting on how faith never authorizes the use of violence, Pope Francis stated, “The true strength of the Christian is the power of truth and love, which leads to the renunciation of all violence. Faith and violence are incompatible.” Faith in the God of life and love summons us to renounce all forms of violence – even the contemplation of violence for the sake of entertainment. To work for peace means to labor for justice, but also to uproot violence from our hearts. We uproot violence by clearing away all violent actions and images, while planting love, understanding, and compassion. A heart that renounces violence must turn its eyes from gory and brutal images to gaze at the Crucified in order to see what violence did to him. The cross shows us the only way that violence can be redeemed to show us the way of love: Jesus’ nonviolent way and solidarity with those who suffer is what triumphs over violence.

While speaking on how our contemplation of God is the path away from violence, then-Cardinal Ratzinger said, “The Heart open to God, purified by contemplation of God, is stronger than guns and weapons of every kind,” and I would add, stronger even than the fictional guns and weapons our culture has grown to idolize. Our contemplation of God purifies and strengthens the hearts that have been polluted and weakened by constant contemplation of violence. Our consumption of violent media might not seem like much of a fatal attraction, but no twelve-year-old should pretend to be John Rambo more than he should be learn to be more like Christ. When we witness violence, do we hope to be converted — or just to be entertained? 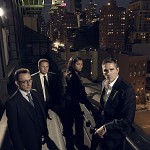 September 26, 2014
We Are All Persons of Interest
Next Post 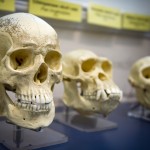 November 4, 2014 Salvation History: The Two Percent
Recent Comments
0 | Leave a Comment
Browse Our Archives
get the latest from
Catholic
Sign up for our newsletter
POPULAR AT PATHEOS Catholic
1