What Are We Even Talking About When We Talk About Abortion?

What Are We Even Talking About When We Talk About Abortion? February 13, 2017 Matthew Tyson

I don’t think it’s at all controversial to state that the abortion debate has become extremely politically polarized (understatement of the year, right?)

The mainstream idea is that Republican=pro-life and Democrat=pro-choice, thus making it virtually impossible for anyone on any part of the spectrum to discuss and debate the issue without getting bogged down in partisan language and soundbites. When you tie support and opposition solely to two different political parties, you automatically remove any chance of constructive discourse.

As a pro-life leftist, I know this struggle all too well. And it frustrates the absolute hell out of me because abortion is ultimately an ethical issue, not a political one. Yet, we’ve forgotten this, and I believe the reason why is because in the midst of all the yelling about pro-life/pro-choice, anti-life/anti-choice, pro-woman/anti-woman, etc, etc, etc, etc,….we’ve overlooked the basic, hardly-at-all-radical reason that anyone was ever against abortion in the first place.

It starts with the simple premise that human life is an absolute good and that all have a natural right to life. That means everyone has the basic, inherent, inalienable right to simply be alive and live.

From there we can surmise that if human life is an absolute good and all have the right to life, then to purposefully and directly take someone’s right to life**, aka kill them, is the single greatest evil a person can commit. That’s why we look at murderers and those who commit genocide as the worst of the worst.

(So far, I don’t think we’ve reached any conclusion that the majority of humanity can’t agree to.)

Now, thanks to modern technology and science, we can listen to the heartbeat of a 6 week old fetus. We can look into the womb and observe all the basic, anatomical and biological components of a human being. And we can recognize that a life in the womb is a unique, human life in its own developing human body.

And since life in the womb is human life, then we conclude that it should enjoy the right to life and should be protected from any purposeful, direct attempt to take that right away.

So, TL/DR, the basic pro-life perspective is:

Now, for those well versed in abortion debates, you may notice that there is a particular word absent from the explanation above: personhood.

There is a legitimate debate in law and ethics surrounding the distinction between humans and persons***, and in many (if not most) situations, whether or not abortion is morally justifiable comes down to whether or not a human life in the womb can be considered a legal person.

I purposefully left it out, because the basic pro-life perspective isn’t a legal argument, but an ethical one. It doesn’t look inside the womb for “personness”, it looks for human life. In fact, one of my primary criticisms of most pro-life arguments is that they don’t take the time to make this distinction.

(I’d also mention that I personally find personhood arguments to be weak, as they differ greatly across various cultures and have also been used historically to oppress whole groups and races of human beings.)

So those are the basics. I’ll talk about where we need to go from here next time.

**To avoid getting into debates about situations where it can be ethically permissibly to kill, let’s assume we’re talking about innocent life. For more on that subject, check out my post on killing and Catholicism.

***If you’re unaware of this concept, just Google “Personhood” and go crazy. 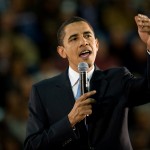 February 24, 2017 Finding Middle Ground in the Abortion Debate: A New Focus
Recent Comments
0 | Leave a Comment
Browse Our Archives
get the latest from
Catholic
Sign up for our newsletter
POPULAR AT PATHEOS Catholic
1