I’ve made it clear on more than one occasion that I am an absolute, unwavering opponent of the death penalty and I support nothing less than total abolition of capital punishment. So of course I was thrilled to read a recent article in America Magazine about Pope Francis’ declaration that the death penalty was contrary to the Gospel.

“One has to strongly affirm that condemnation to the death penalty is an inhuman measure that humiliates personal dignity, in whatever form it is carried out. And [it] is, of itself, contrary to the Gospel, because it is freely decided to suppress a human life that is always sacred in the eyes of the Creator, and of which, in the final analysis, God alone is the true judge and guarantor,”  – Pope Francis: The death penalty is contrary to the Gospel – America Magazine, 2017

It’s no secret that Church teaching on the death penalty has moved closer and closer to absolute opposition over the past few decades. The USCCB have made their position quite clear on numerous occasions—often writing in defense of criminals on death row and imploring the state to spare their lives—and the current version of the Catechism, while technically still allowing for the death penalty, puts a pretty heavy qualifier on how and when the state is to exercise that authority.

“Assuming that the guilty party’s identity and responsibility have been fully determined, the traditional teaching of the Church does not exclude recourse to the death penalty, if this is the only possible way of effectively defending human lives against the unjust aggressor.

Today, in fact, as a consequence of the possibilities which the state has for effectively preventing crime, by rendering one who has committed an offense incapable of doing harm – without definitely taking away from him the possibility of redeeming himself – the cases in which the execution of the offender is an absolute necessity “are very rare, if not practically nonexistent.” —The Catechism of the Catholic Church, 2267

But Pope Francis’ declaration goes much further than any of his predecessors or the current version of the Catechism by condemning the death penalty on moral and ethical grounds, going as far to call it “inadmissible.”

That’s a mighty strong word. So strong, in fact, that there seems to be a growing sense that Pope Francis will revise the Catechism to reflect total opposition. And I absolutely hope he does.

There are plenty of reasons to oppose the death penalty. It doesn’t actually work as a deterrent, it’s costly to the tax payers, it’s been outlawed by much of the developed world, and it’s not always administered fairly or correctly (which should honestly be enough on its own).

But the biggest problem with the death penalty, as Pope Francis so perfectly puts it, is that it is an “inhuman measure that humiliates personal dignity, in whatever form it is carried out.”

Meaning that the dignity of human life, and by extension the right to life itself, is so sacrosanct that it cannot be voided, no matter how grave or atrocious a person’s sins may be. And *any* act that seeks to rob someone’s right to life—be it abortion or the death penalty—is inhuman and inadmissible.

I’m proud to stand with the Pope, the Bishops, and the millions of abolitionists out there today. The death penalty has no place in a civilized society, much less the Church. 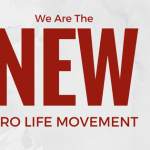 September 22, 2017
A Response to Peter Wolfgang's Critique of The New Pro-Life Movement
Next Post 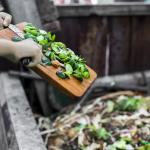 November 21, 2018 America's Food Waste Problem Is A National Sin
Recent Comments
0 | Leave a Comment
"Thank you for this beautiful meditation. Yes, Christ has saved us, and all he asks ..."
E Brown A Letter to My Children on ..."
"Many "street preachers" (and I've encountered their university educated younglings in CRU on campus) actually ..."
Elzbieta Close Encounters With Anti-Catholic Street Preachers
"Be ready for your death."
See Noevo Jesus Says Be Ready. Ready For ..."
"Really? The author specifically says that the movement abhors abortion, denounces euthanasia and seeks to ..."
Elzbieta What The New Pro-Life Movement Stands ..."
Browse Our Archives
get the latest from
Catholic
Sign up for our newsletter
POPULAR AT PATHEOS Catholic
1