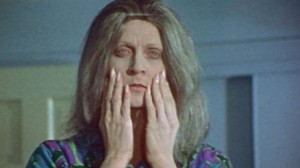 From the excellent website and blog AV Club, I found a thoughtful review of a little-known and seldom seen 1972 film by George Romero called Season of the Witch (also known as Hungry Wives). AV Club’s Keith Phipps says, “It’s loaded with references to the occult, but owes as much to Betty Friedan as Anton LaVey.” It does seem to be addressing the subject of the occult via the lens of “women’s lib” and so might be worthwhile, given the dearth of films from that period which tackle the subject. A brief but interesting mention of the film also appears here, in the context of a blog author and cinema fan’s own interest in the occult and the witch archetype. Phipps’ review does make it clear that the film’s characters are well aware of the trend growing around them, as when he quotes this dialogue by Mary, a tarot reader purported to be a witch:

It’s a religion, really. My mother was a witch, and my father belonged, so it was really quite simple for me. In today’s age, when anything goes, a lot of people are beginning to take it seriously. When I was a child, I was taught certain recipes and incantations, and then I was sworn to secrecy. Well, today, I could just go down to the bookstore and find a paperback primer for witches. 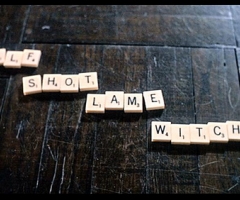 I have to say, based on my knowledge of occult films of this period, it’s rare to have a contemporary setting that acknowledges the occult so readily. Certainly we have some discussion of it in Rosemary’s Baby, which turns out to be more about Satan worshippers, but since they refer to themselves as witches, we have this film’s legacy to thank for the confusion it left in its wake regarding what modern occult practitioners do. Of course, the film had its share of tragic and bizarre occurrences to cope with. There is The Exorcist, which only briefly mentions it as a possible explanation for Regan’s possession, but there is certainly a backdrop of modern occultism suggested in the quick scenes of the “Black Mass” church desecrations. But neither of these films discusses witchcraft as a positive path accessible to anyone, or more specifically of interest to young people for whom “anything goes.” 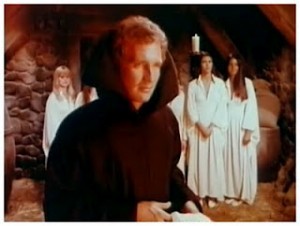 In fact, some of the best treatments of the burgeoning practice of witchcraft in the 1970s and its concomitant source of empowerment (or danger) for women appeared in made for television films such as the cheesy but wonderful Satan’s School for Girls (which had a bad remake in 2000, also made for TV, featuring its original star, Charlie’s Angels’ Kate Jackson–check out this review from the excellent horror blog Killer Kittens from Beyond the Grave) The Initiation of Sarah (starring Morgan Brittany and Morgan Fairchild! as well as Kay Lenz and Shelley Winters), Stranger in Our House (starring Linda Blair as a girl whose long-lost cousin comes to visit and…you get the picture; this Wes Craven-directed film was also known as Summer of Fear), Midnight Offerings (about a teenage girl who discovers witchcraft in her family ancestry),  and one memorable episode of the popular but short-lived series The Night Stalker, in which a coven of witches infiltrates a modeling agency.

Speaking of which, this new project helmed by Shawn of the Dead‘s Edgar Wright and starring Johnny Depp just might make you cringe, or perhaps not: the proposed remake of The Night Stalker. A remake is not a bad idea: after all the show, short-lived thought it was, had a strong fan base and many television producers have credited it as a fount of inspiration, most notably Chris Carter of The X-Files (a long-running show devoted to FBI investigation of paranormal and occult crimes, which also had a long-running theme of conspiracy theory surrounding the existence of aliens). In one memorable act of homage, Carter cast Darrin McGavin (who played the original Carl Kolchak) as the father of occult investigator Frank Black in an episode of Millennium, the conspiracy-theory series that followed The X-Files, but which only lasted two seasons, perhaps due to its much darker and more disturbing subject matter.

Given the poor reaction to the Dark Shadows remake, let’s hope Wright and Depp as a team can capture the tongue-in-cheek humor of the original series, in which Kolchak’s wise cracks and skepticism created a healthy balance to the show’s depiction of fantastical creatures of legend and folklore.

Thanks to the Killer Kittens blog and the Gliphothic Archives for photos.

April 24, 2012
THE WICKER TREE: Interview with Robin Hardy
Next Post 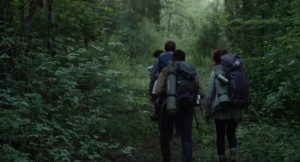