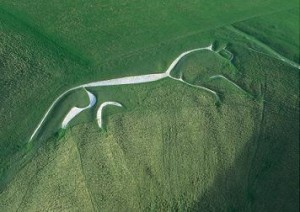 Well, these stories have been making the rounds for years. But to have a respectable media outlet like the BBC report on it and quote a Lincolnshire horse owner babbling about Satan is starting to get ridiculous.

“Nobody knows why someone would do something like this, but you can look on the internet and there are all these Satanic cults.”

I’m sorry…there are satanic cults on the internet? Like, advertising themselves?

And even if that was true, why must it be that satanists are the ones attacking horses? Why not destructive teens, or ne’er-do-wells with fetishes for attacking animals?

The owner also mentions the date as being suspect: “It always seems to happen on a full moon between the 2nd and the 7th of May – poor old Penny was attacked on the 4th May,” he said.

Chillingly, that same logic was used by police and pseudo-experts in “occult crime” to describe the Robin Hood Hills murders in West Memphis, Arkansas (which occurred on May 5th 1993) as “satanic cult killings” (though no evidence has ever suggested there was any truth to this).

Interestingly, however, a similar attack happened in Staffordshire on May 4th. Non-violent incidents in Scotland in April of this year left a number of horses shorn of their manes, forelocks and tails. A search of the BBC news website using the words “horse mutilation” reveals numerous stories, including a spate of attacks on horses in Cornwall in January. Naturally, the sensationalist Daily Mail does not miss an opportunity to create headlines using the word “satanic” and has followed these stories closely.

But stories of horse mutilations go back a number of years; and the “satanic” connection has been mentioned often, as in this story from 2009, in which a four-day old foal was attacked on May 25th in Scotland. Apparently Britain is not alone; an article from the Fortean Times describes similar horse mutilations happening across Swedenmore then two decades ago. And there have been attacks in the United States, too, but oddly enough, they seem to be attributed more often to aliens than to satanists. One worrying theory about the UK mutilations is that they may be connected to the spread of a deadly virus.

There is no question that these crimes are heinous; perhaps especially so in a country where horses have been revered since ancient times, their huge chalk figures carved like noble beast-gods in the hillsides, their lithe bodies populating the downs and hills across the country. So strong is the love of horses that the severe lack of food in war time Britain was not enough to eliminate the aversion that most Britons feel about eating horse meat, which was one of the only meat sources in abundant supply.

But why are horses being attacked? And why is there a rumor of satanism permeating the countryside, as people are unable to account for the motivations behind these attacks?

How Do I Know If A...
John Beckett
Related posts from The Witching Hour