AMERICAN HORROR STORY: COVEN: What We Loved, and What We Hated 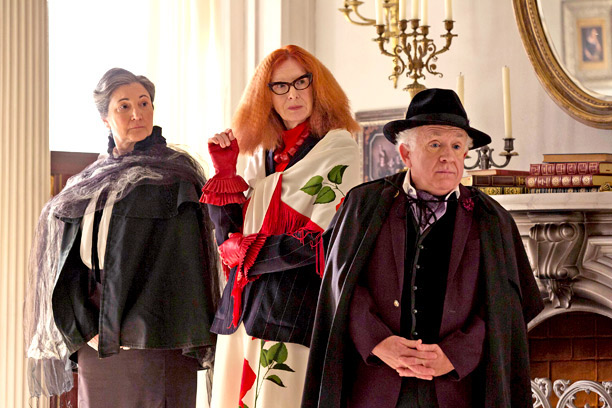 And by “loved” I mean REALLY PASSIONATELY ADORED.

Lilith Dorsey and I had nearly weekly video chats about the show, half rant, half rapture. Because, as irritating as we found the show to be at times, we also found it very entertaining and compelling. Say what you will, it is hard to remain indifferent to a show this intense. But its flaws were every bit as dramatic as its charms. So, without further ado:

1. The Dialogue. It was often perversely witty (especially when spoken by Myrtle Snow (portrayed with delicious snarky poise by Frances Conroy), and often beautifully moving (especially when spoken by Fiona Goode, who, as played by the inimitable Jessica Lange, was as complex and endearing an anti-heroine as has ever been seen on TV). And the rest of the time it felt like it actually came from the mouths of the people saying it (no small feat). 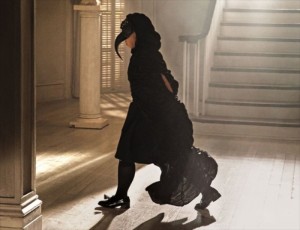 2. The Production Design. The sets. The COSTUMES! The trippy camera work. It would have been nice to see more iconic New Orleans settings (Lilith and I were discussing this last night), but overall the visuals were gorgeous and atmospheric throughout…not to mention occasionally horrifying. I’ll include the intriguing opening credit sequence (which evolved slightly and subtly over the weeks) and all the cool production stills (like this one at left), which made this show unlike anything else on TV. Very glamorous and provocative.

3. The Music. One thing the Murphy/Falchuk team does well: using music to tell the story or underscore a scene. Stevie Nick as herself felt odd except when she was singing, which was just sublime, and made for some of the series’ best moments. Then there was the Axeman…

4. The Acting. Can’t really praise this excellent cast highly enough. But the real standouts have been with the series for more than one season: Jessica Lange, Frances Conroy, Sarah Paulson, and Denis O’Hare.

5. The Humor. Sometimes there was just some really absurd, naughty stuff going on. Dark humor for sure, which added a rich layer to the performances and softened some of the more frightening or graphic moments. Certainly some of Myrtle Snow’s bizarre bon mots were hilarious high points. I mean, how does one utter the words “charcuterie” and “bidet” in the same sentence with such aplomb? 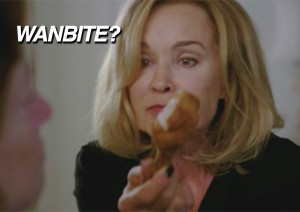 6. The Chicken. Okay, actually, we kinda hated this but we came to love it, because it became scarily predictable. EVERY episode had a scene where someone was eating chicken, usually fried chicken, and it was often associated with Queenie, so of course this is kind of a racist stereotype. There was a lot of this kind of stereotyping in the show, and it seemed like they were so carelessly banal about it that we were supposed to accept it as some kind of post-racial commentary, and maybe congratulate the producers for being so, I dunno, daring.

It vexed and offended us for several weeks. But once we realized it was intentionally and unapologetically going to keep happening, we started to look forward to it in a weirdly masochistic way.

Part Two: What We Hated.

January 29, 2014
TONIGHT! The COVEN Finale. Now it's time to share YOUR thoughts on the show!
Next Post

Simple Witchery: Witchcraft In The Time...
Agora
Related posts from The Witching Hour

The Despair of Doing Nothing
The point of this post is to simply be there. A vulnerable...

Personal Pagan Practice In The Age Of Coronavirus:...
Having a routine is super helpful to your overall mental health and...

Queen Up: A Review
If you’re a woman interested in personal growth, empowerment, and tarot, then Queen...

The Balancing Path: Productive Ways to Panic
What about when you can’t stop panicking, no matter how much you...
view all Pagan blogs
What Are Your Thoughts?leave a comment
Copyright 2008-2020, Patheos. All rights reserved.