Confederate Treason is Not My Culture

Confederate Treason is Not My Culture August 17, 2017 Gary A.

On Saturday, President Trump dug himself into a hole with his apologetics for white supremacy. On Monday, he tried to dig himself out, only to, on Tuesday, throw away his shovel, rent a backhoe, and start tunneling toward China. This morning, he appeared to be nearing Beijing as he took to Twitter:

Sad to see the history and culture of our great country being ripped apart with the removal of our beautiful statues and monuments. You…..

…can’t change history, but you can learn from it. Robert E Lee, Stonewall Jackson – who’s next, Washington, Jefferson? So foolish! Also…

…the beauty that is being taken out of our cities, towns and parks will be greatly missed and never able to be comparably replaced!

Never mind that many a Confederate monument can hardly be described as “beautiful” (get a load of Nashville’s statue of Confederate General Nathan Bedford Forrest – it looks like he huffed glue prior to letting an elephant sit on his face). And never mind that equating men who launched a traitorous war to destroy our nation with the Founding Fathers makes no sense. What stood out to me in Trump’s tweets was his lamentation that our country’s “culture” was being torn apart. Trump’s pitiful dirge for the downfall of Confederate statues can only make me say, “Mr. Trump, that’s not my culture.”

As I’ve said before in this column, I was born and raised in rural Georgia, and I come from a long line of Southerners. My maternal fifth great-grandfather settled in Twiggs County, GA, after receiving a land grant to reward his service in the War of 1812. His grandson, Elam, would go on to fight in the Georgia 48th Infantry for the Confederacy before being captured by Union troops in 1865. In other words, my family is not some kind of Johnny-come-lately to the land below the Mason-Dixon line, and I’m pretty familiar with Southern culture.

And let me tell you, Mr. Trump, that culture is not white supremacy. Yes, the bigotry of the Confederacy is a painful legacy that the South will continue to wrestle with. But why should that shameful blot on our history be the defining feature of Southern culture? Don’t we have other things that we can celebrate and be proud of – things that don’t relate to treating human beings like chattel?

There are many aspects of Southern culture that have nothing to do with the Confederacy. The South has an impressive culture of innovation – North Carolina’s Research Triangle has produced countless scientific advances, Georgia Tech has been at the forefront of breakthroughs in engineering, and UT-Austin has been a standard-bearer in the quest for clean energy. The South is also known for its business success – just look at corporate behemoths like Coca-Cola, Delta, The Home Depot, and Pepsi that originated or are located in the South. Further the South is a hotbed of artistic experimentation – from To Kill a Mockingbird, to Faulkner, to REI, Southerners have made astounding contributions to the humanities. And let’s not forget the unparalleled contributions of the South to civil society and ethics – the non-violent civil disobedience of Martin Luther King, Jr., has become a model for the liberation of oppressed peoples the world over.

The achievements of the South in the arts, science, business, and ethics are so much more awe-inspiring than any ill-fated charge of Confederate soldiers in a Civil War battle. It’s about time that Southerners and the rest of the nation realize that, despite what Trump may say, the dethroning of Confederate statues isn’t a destruction of culture – it’s merely clearing the way for the South to celebrate those achievements that are truly worth celebrating. 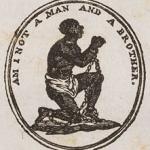 August 16, 2017
Wrestling with Hate in the Church
Next Post 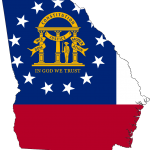 August 18, 2017 Trump's Confederate Nostalgia: Rooted in Georgia History?
Recent Comments
0 | Leave a Comment
Browse Our Archives
get the latest from
Latter-day Saint
Sign up for our newsletter
Related posts from The Mormon Politico