Choosing the Lesser of Two Evils

Every time I hear the phrase “picking the lesser of two evils” I’m reminded of what my Grand Mother use to say, “It is better to dance with the Devil you know.” Whenever she said that, the hairs on the back of my neck stood on edge, because it just did not sound like something that was much fun; and voting for the lesser of two evils is still voting for evil, and isn’t very fun. I think it was Senator Graham who said, and I’m paraphrasing, ‘It’s like trying to decide if you should drink poison, or shot yourself.’ Granted, he was using this as an analogy between voting for either Trump of Cruz, but hey – it works for this case as well. Because, ether way the end result is the same, just the method differs. You could spend days, weeks, trying to decide which is the best method, but either way, dead is dead. It looks like, and I so hope I’m wrong, we will have to select between Clinton or Trump, and pick the lesser of two evils. This is not a place I truly desire to be, and I am pretty sure others feel the same way. For me, that place is uncomfortable. As a person who follows the teaching of Jesus, I find very little redeeming in either Clinton or Trump. With Trump, seeing his words as going against the teachings of Jesus is pretty straight forward. With Clinton, I have major trust issues. I just don’t trust her. She seems to be playing the body politic, and not truly answering direct questions with direct answers.

But this leads to a very important question, ‘How do you know if you are selecting between the lesser of two evils?’

Here is what I think.

If you are going to vote for one person, not because you believe them to be the best person for the position, but because you see the other person as the worse possible choice – you’re picking between two evils. If you see your vote as a vote against the other person, you’re operating from a very negative point of view. Clinton supporters are ragging on Bernie supporters by telling them, any vote that’s not for Hilary is a vote for Trump. If that’s the way they think, it seems to me to fit 100% in the definition I have for choosing the lesser evil. It seems to me that the Clinton campaign is telling those who support Bernie is, ‘Our candidate is bad, but not as bad as Trump.’ Keep in mind, Trump supporters are using the same twisted logic.

Think of it this way, if you’re voting for Hilary because #NEVERTRUMP, or if you’re voting for Trump because #NEVERHILARY, you’re at the point where you are selecting the lesser of the two evils. As we enter this Presidential Race with a possibility of having to select Clinton and Trump, who hold the worst favorability ratings of any presumed Democratic or Republican nominee in recent memory, we are truly in a sad state of affairs. RealClearPolitics.com has Hilary with a 43.8% unfavorable rating, with Trump having a 42.3% unfavorable rating.

We can pounder the political experts who seem to know why this is the case, and to be honest with you I truly don’t care what they think – for me, it is the established political system is striving to force feed us to select between two people who, in my view, have not earned my vote. I see them both as poor choices, and simply cannot put myself to vote for either one.

So, this election cycle I will be breaking from the Democratic Party and vote for the person I don’t see as evil. While I have not decided if I will simply write in Bernie, or got with the Green Party – all I know, regardless of what Hilary supporters have to say, I just can’t vote for her. 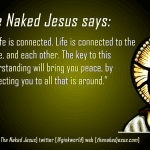 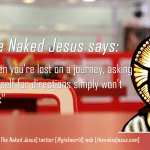