Soon a lot of people from the nearby villages walked around the lake to where Jesus was. When he saw them coming, he was overcome with anger seeing all those slackers not working. He tried to ignore them, but they wouldn’t leave. He knew they were there to be takers, and not contributors.

Toward evening the disciples approached him. “We’re out in the country and it’s getting late. Let’s get these slackers out of here, they need to go home and leave us alone. But it seems like they want us to feed them, what should we do”

Jesus said, “If they’re expecting to eat, they’re in a bad place; they need to go home. Check and see if any of them have been drinking or taking drugs make sure they have jobs. If they’ve been drinking, taking drugs, or are unemployed, send them away I don’t have time for that kind of person. We’re not here to give handouts to people unwilling to lift themselves out of poverty and just seeking handouts.”

The disciples said, “All we have are five loaves of bread and two fish. That’s just enough for us, we can’t feed all these slackers?”

Jesus said, “Bring those losers here.” Then he had the people sit on the grass. He took the five loaves and two fish, and said, “Look, this is all we have. Did you honestly think we were going to feed you all? Your poor planning does constitute an emergency on my part. You should’ve planned better and come with some food.” Then he lifted his face to heaven and said, “Lord, these people just don’t understand that others aren’t responsible for their life issues; they need to learn to help themselves. Lord, they need to learn not to be dependent on a system of handouts, begging so others will take care of them. Lord, what you have given to me, is mine and I don’t need to share with others. I worked hard for what I have.” After that, he took the bread and fish and gave it to the disciples to eat. When they ate their fill, Jesus turned to the 5,000 and said, “There is nothing left, you all need to leave.” 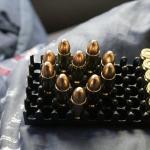 February 15, 2018
We Need Action, Not Just Thoughts and Prayers
Next Post 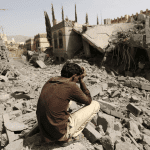