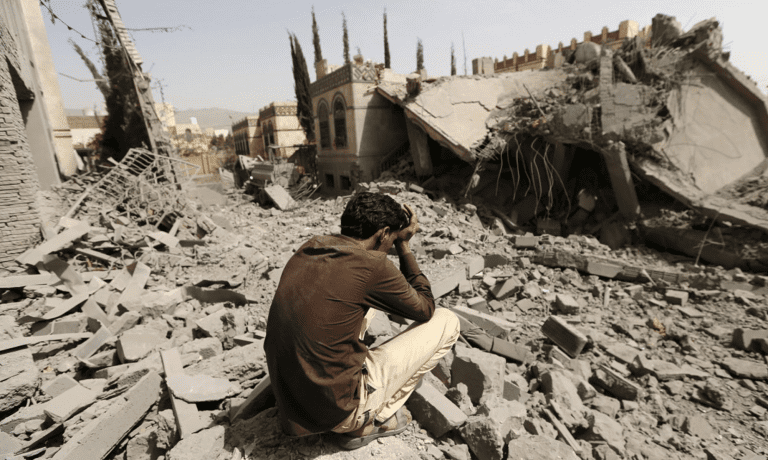 I get nerves when I hear our “Leaders” speak about war. Because if war is the default, or even close to a default, we truly don’t have “Leaders” we have playground bullies.

War does nothing except feed the Military Monster and there has been no war in history that led to a lasting peace. Every single war simply become the fuel the next war.

It’s easy for us to watch the war on TV or surf the Net and play Monday morning quarterback. Sitting back at Starbucks drinking our $7.00 Mocha, with an extra shot, and discussing how good, or bad, the war is going. Because the war we engage in isn’t in our front yard. We’re not seeing our neighborhoods ripped apart, our families annihilated, our friends lost in a pile of rubble.

It’s no secret, I’m a pacifist. I hold to the teachings of Christ and seek to truly be a peacemaker [Matthew 5:9], because I desire to be called a child of the Divine. My stance is not based on the politics of the day but on the teachings of Jesus the Christ in scripture [The narrative of Matthew being just the start of it all]. I find the taking of any human life, for any reason, violates Christ’s teachings and flies in the face of the standards Jesus set before us as followers of the way. Over time, many have tried to turn my pacifism into a political stance, and they have gotten angry with me because I refuse to make it political. I hold that my pacifism comes from my faith walk and not a politic point of view.

I have been asked if I believe all Christians should hold a “pacifist” stance, and my reply has always been “yes.” Let me explain.

I believe the core of Christ is peace. I love the response Jesus gives his followers as he is being arrested, [taken from Luke’s Narrative in the message] “No sooner were the words out of his mouth than a crowd showed up, Judas, the one from the twelve, in the lead. he came right up to Jesus to kiss him. Jesus said, “Judas, you would betray the son of man with a kiss?” when those with him saw what was happening, they said, “master, shall we fight?” one of them took a swing at the chief priest’s servant and cut off his right ear. Jesus said, “let them be. Even in this.” then, touching the servant’s ear, he healed him.” in the process of being arrested, knowing he was going to die and that his followers would fight for him, Jesus said, “no fighting, even in this situation.” think about that, Jesus taught peace even to the point of his willing to die instead of starting a fight – violence for Jesus was never the answer, and Jesus knew it held no value. Now, for those who want to tell me that Jesus turned tables over in the Temple, so he was for violence let me say, in the story Jesus never harmed a person. Jesus simply turned over tables.

War and violence are simply ways of taking what you want or forcing what you believe on others. James, in his letter, says it this way, “What causes fights and quarrels among you? Don’t they come from your desires that battle within you? You want something but don’t get it. You kill and covet, but you cannot have what you want. You quarrel and fight. You do not have, because you do not ask God. When you ask, you do not receive, because you ask with wrong motives, that you may spend what you get on your pleasures.”

Paul, writes in his second letter to the Corinthians that, “I beg you that when I come I may not have to be as bold as I expect to be toward some people who think that we live by the standards of this world. For though we live in the world, we do not wage war as the world does. The weapons we fight with are not the weapons of the world. On the contrary, they have divine power to demolish strongholds. We demolish arguments and every pretension that sets itself up against the knowledge of God, and we take captive every thought to make it obedient to Christ.”

All three, Jesus, James and Paul, remind us that as followers of the Divine we are not to be drawn into the culture that speaks of war. Our call is to be “counter-cultural” and stand with peace.

I want to close by saying, living as a pacifist is not easy. Culture desires revenge, culture accepts war. While it’s hard, it’s still something I believe we must live by. 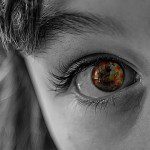 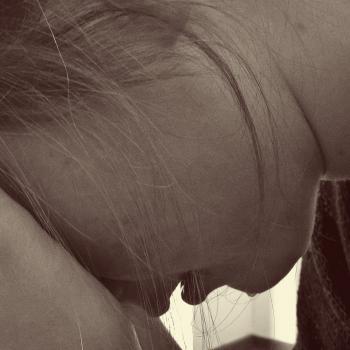 Progressive Christian
Why I have a Lack of Compassion for...
The Naked Jesus

"On Earth as it is in Heaven": Living...
At the end of the first of two semesters in the interdisiplinary...
view all Progressive Christian blogs
What Are Your Thoughts?leave a comment
Copyright 2008-2021, Patheos. All rights reserved.